Police Knew of 'Strong Potential for Violence' Before Capitol Attack

Capitol Police Admit They Knew of ‘Strong Potential for Violence’ from ‘Militia Groups and White Supremacist’ Organizations Before Jan. 6 Siege 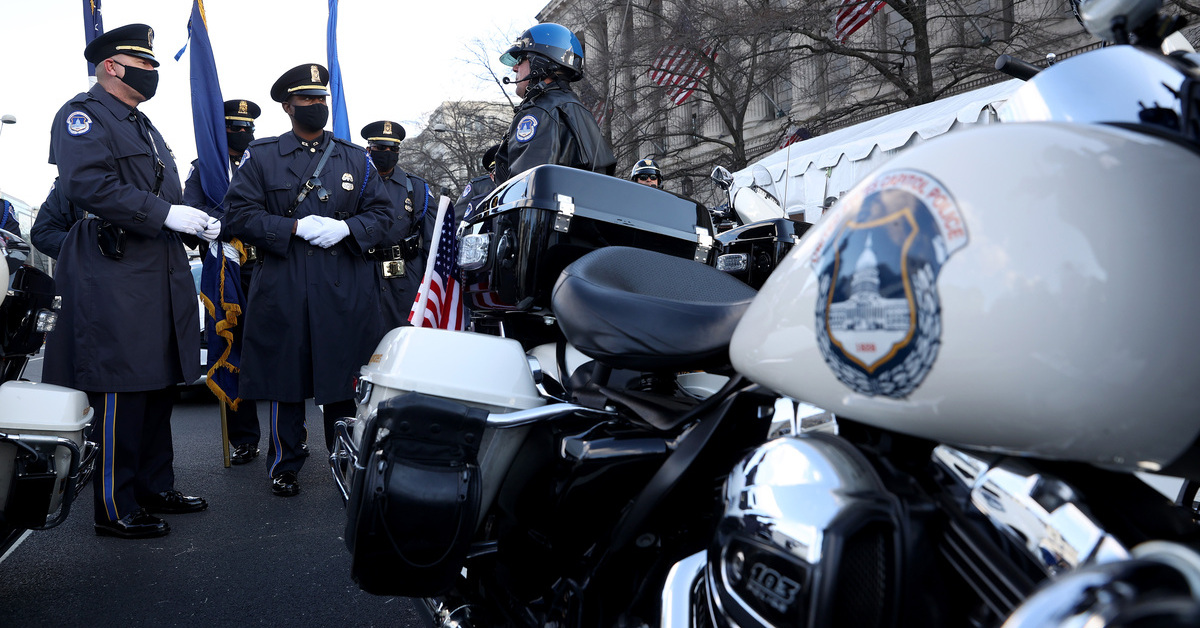 Yogananda D. Pittman, the acting head of the federal agency tasked with protecting the national seat of government as well as the broader District of Columbia, also noted that the Capitol Police “knew that there was a strong potential for violence” but did not sufficiently act on the information it had about that the threat posed by various “militia groups and white supremacist organizations.”

Those admissions were shocking but not surprising as multiple public videos and first-hand accounts of the failed Jan. 6 insurrection suggest that at least some police officers resigned themselves to the deadly situation or even permitted the mob to enter the Capitol, as some charged rioters have claimed as a defense.

The testimony, which came during a digital meeting with the House Appropriations Committee, was littered with profuse apologies for law enforcement’s widely-criticized response to the attack.

“I am here to offer my sincerest apologies on behalf of the department,” she said.

“Let me be clear, the department should have been more prepared for this attack,” Pittman added. “By January 4th, the department knew that the January 6th event would not be like any of the previous protests held in 2020. We knew that militia groups and white supremacist organizations would be attending. We also know that some of these participants were intending to bring firearms and other weapons to the event. We knew that there was a strong potential for violence and that Congress was the target.”

“So Capitol Police now admit they knew of potential for violence,” he noted via Twitter. “What was the extent of the FBI’s knowledge? DHS? Secret Service? What was communicated to [the White House], particularly chief of staff? To Trump? Will subpoenas for info be issued in connection with impeachment process?”

Pittman, for her part, was effusive in laying blame at her agency’s feet–while noting some victories amidst the rubble and five lost lives.

“On January 6th, in the face of a terrorist attack by tens of thousands of insurrectionists determined to stop the certification of Electoral College votes, the Department failed to meet its own high standards as well as yours,” the acting chief said. “Although the department fulfilled its mission of protecting members [of Congress] and democracy ultimately prevailed, the insurrectionists’ actions and the department’s inability to immediately secure the U.S. Capitol emboldened the insurrectionists and horrified millions of Americans. We fully fully expect to answer to you and the American people for our failings on January 6th.”

One civil rights advocate said the testimony was not at all surprising.

“The revelation confirms what we all already knew, that policing serves to uphold–and not destroy–white supremacy,” Angelo Guisado, a Civil Rights attorney with the Center for Constitutional Rights told Law&Crime. “Even the DHS acknowledged in the New York Times that white supremacist violence was–and obviously remains–the primary domestic threat.”

A late 2020 federal report said “white supremacist extremists” pose the “most persistent and lethal threat in the homeland,” Guisado noted, saying that he believed police “inaction” ahead of and on Jan. 6 “leads to the inexorable conclusion that no amount of further militarization, surveillance, or funding can reform something so rotten.”

A number of police officers have conducted interviews after the attack, and at least one of them described a situation so overwhelming and threatening that he thought using deadly force would only get him killed. Officer Michael Fanone, speaking in the video below, suffered a mild heart attack. He said he heard members of the mob say, “Kill him with his own gun.”

Officer Michael Fanone who was beaten with an American flag and tasered by the mob recounts his story pic.twitter.com/o5iaCKivGL

Metropolitan Police Department Officer Daniel Hodges, crushed in a doorway by rioters, would later say it was his “pleasure to crush a white nationalist insurrection” and that he would have done so for free.

“[It] seals your eyes shut […] you’ve got to spray and douse yourself with water. And in those moments it’s scary because you can’t see anything and have people that are fighting to get through,” she said.

In the aftermath of the Capitol siege, however, many of the defendants (and the dead) have been revealed to be former firefighters, and current or former members of law enforcement and/or the military.