‘Me Before Forcing Entry into the Capitol’: Three Oath Keepers Charged in Connection with Capitol Hill Siege Thanks to Facebook, Parler and Ronan Farrow Article 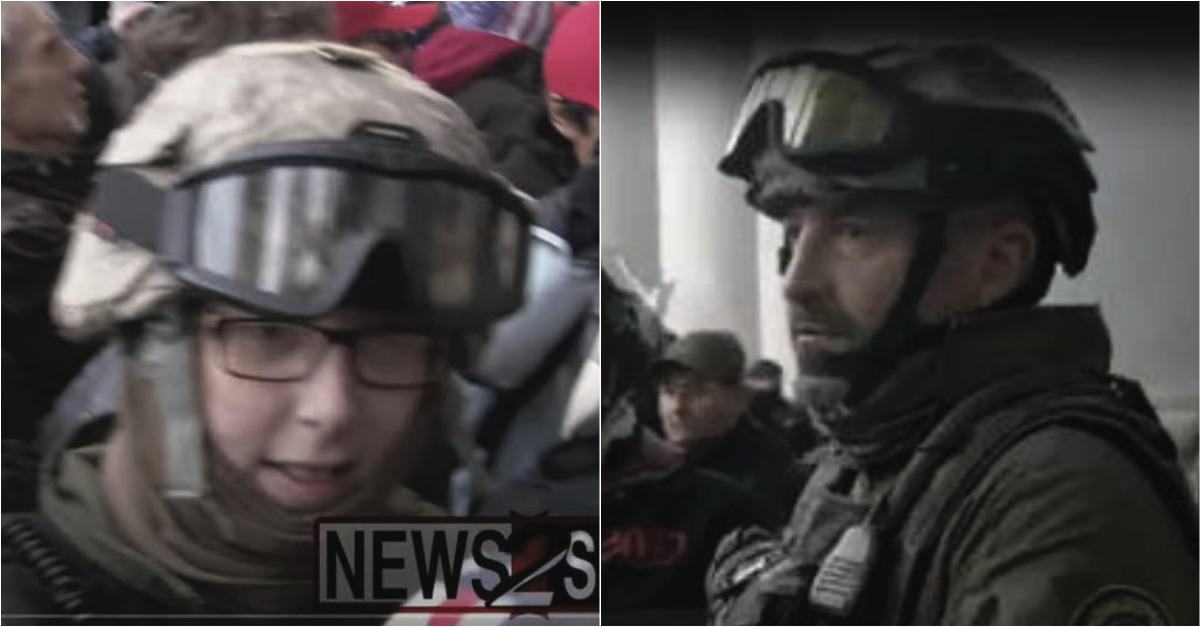 UPDATE: federal prosecutors unveiled a raft of new charges against the three alleged militia members late Tuesday evening. Notably, each of the three defendants are now alleged to have been part of the same conspiracy against the U.S. government. This story has been changed to reflect those new charges where appropriate.

The FBI has arrested three people affiliated with the far-right Oath Keepers militia over their alleged participation in the January 6 siege of the U.S. Capitol Complex.

According to various court documents reviewed by Law&Crime, 65-year-old Thomas E. Caldwell was charged with multiple federal crimes including conspiracy in the U.S. District Court for the District of Columbia after being picked up by federal agents in Virginia. The first of the three charged with the federal standard conspiracy statute, it was only a matter of time before alleged co-conspirators were named because a conspiracy requires at least two participants who agree to commit a crime.

Also mentioned in Caldwell’s charging papers are 38-year-old Jessica Watkins and 50-year-old Donovan Crowl, Ohio residents who are believed to be members of the Oath Keepers as well. Watkins and Crowl were arrested by the FBI in Cincinnati early Tuesday morning.

Amended complaints filed late Tuesday slapped both Watkins and Crowl with a bevy of additional charges including general conspiracy, conspiracy to impede or injure an officer of the United States (a statute that refers to elected leadership; not law enforcement) and destruction of government property over $1,000.

“Law enforcement and news media organizations observed that members of a paramilitary organization known as the Oath Keepers were among the individuals and groups who knowingly, willfully, and forcibly entered the U.S. Capitol,” Caldwell’s charging documents note. “The Oath Keepers are a large but loosely organized collection of militia who believe that the federal government has been coopted by a shadowy conspiracy that is trying to strip American citizens of their rights. Though the Oath Keepers will accept anyone as members, what differentiates them from other anti-government group is their explicit focus on recruiting current and former military, law enforcement and first responder personnel.”

Authorities relied largely on evidence from Caldwell’s Facebook for the probable cause affidavit leading up to the three arrests.

“Records obtained from Facebook indicate that Caldwell was involved in planning and coordinating the January 6 breach of the U.S. Capitol in which Watkins, Crowl and other Oath Keeper militia members participated,” authorities allege.

“Even if you tell the hotel its double occupancy, you can STILL put a couple of people on the floor with bedrolls and the hotel won’t know shit,” the message reads. “Paul said he might be able to take one or two in his room as well. I spoke to the hotel last night (actually 2 a.m. this morning) and they still had rooms. This is a good location and would allow us to hunt at night if we wanted to. I don’t know if Stewie has even gotten out his call to arms but it’s a little friggin late. This is one we are doing on our own. We will link up with the north carolina [sic] crew.”

In one Facebook message from the evening of January 6, Caldwell allegedly sent “a video that appears to have been taken from inside of the U.S. Capitol,” according to the FBI.

The following screenshot was included in the court papers: 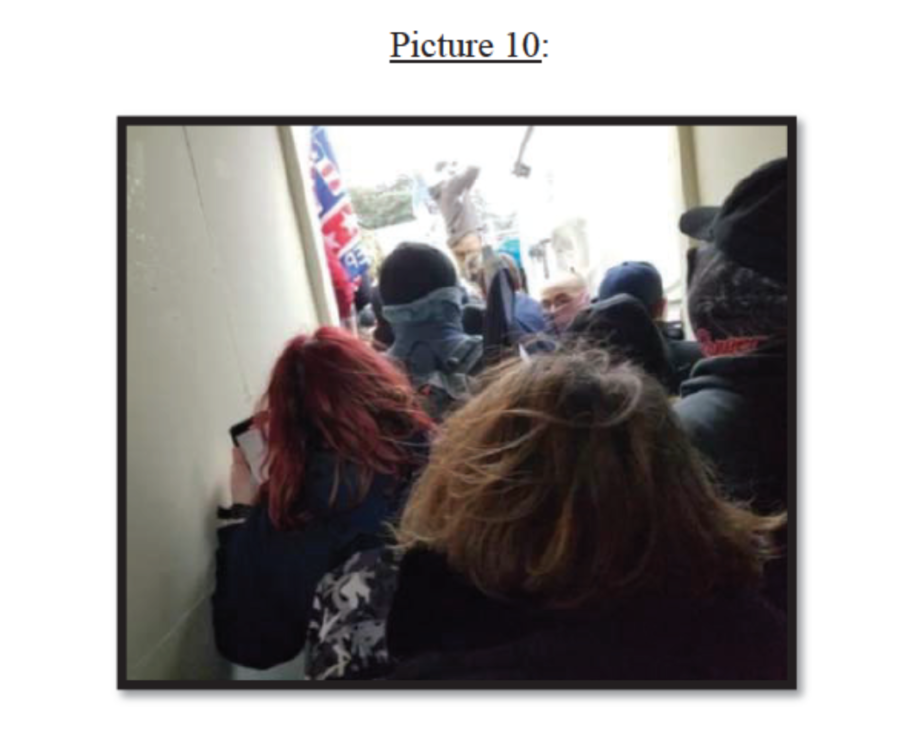 Another Facebook message, allegedly sent by Caldwell two minutes after the video, reads: “Us storming the castle. Please share. Sharon was right with me! I am such an instigator! She was ready for it man! Didn’t even mind the tear gas.”

A third and fourth message followed two minutes after that:

Proud boys scuffled with cops and drove them inside to hide. Breached the doors. One guy made it all the way to the house floor, another to Pelosi’s office. A good time.

We need to do this at the local level. Lets [sic] storm the capitol in Ohio. Tell me when! 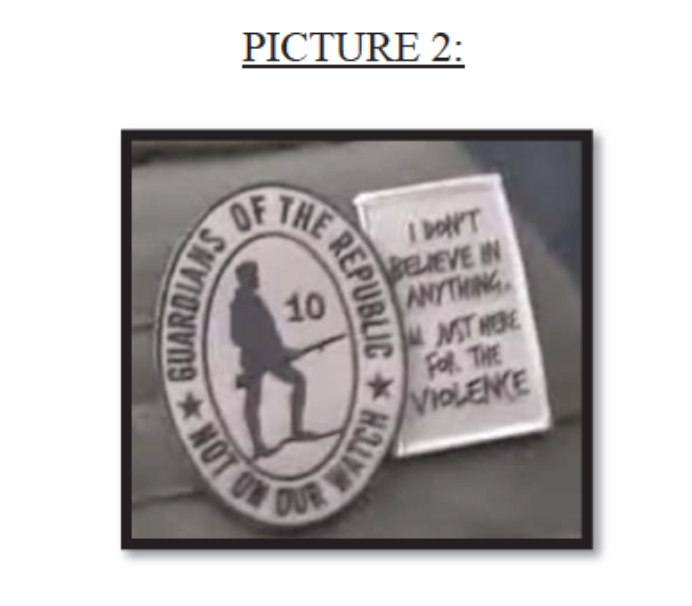 The FBI appears to have made their initial identifications of the three defendants by combing through hours of publicly-available footage of the riots that left five people dead.

Caldwell’s affidavit doesn’t contain an explicit link between publicly-available footage and the defendant’s alleged participation in the Capitol attack. But charging papers for both Watkins and Crowl contain images of the two allegedly taking part in the attack–which federal agents say matched with their DMV photos on file and other social media images. 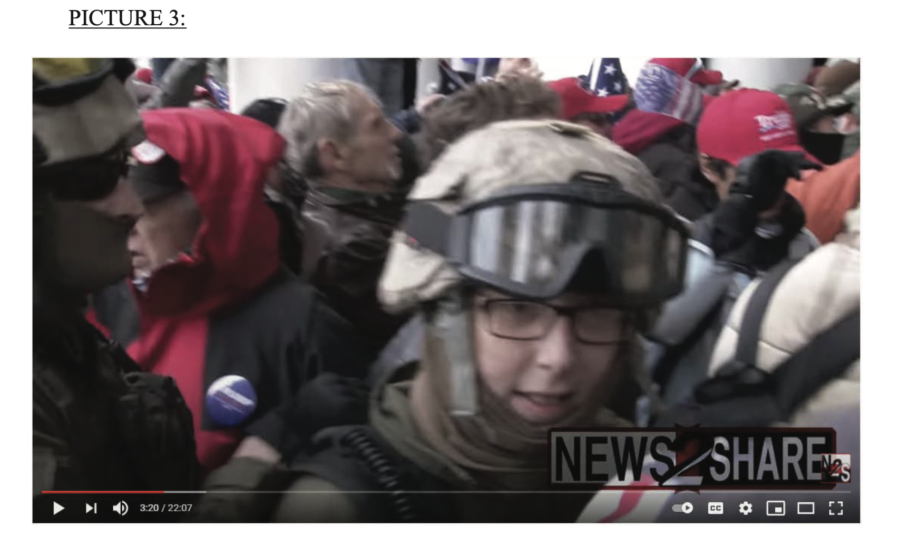 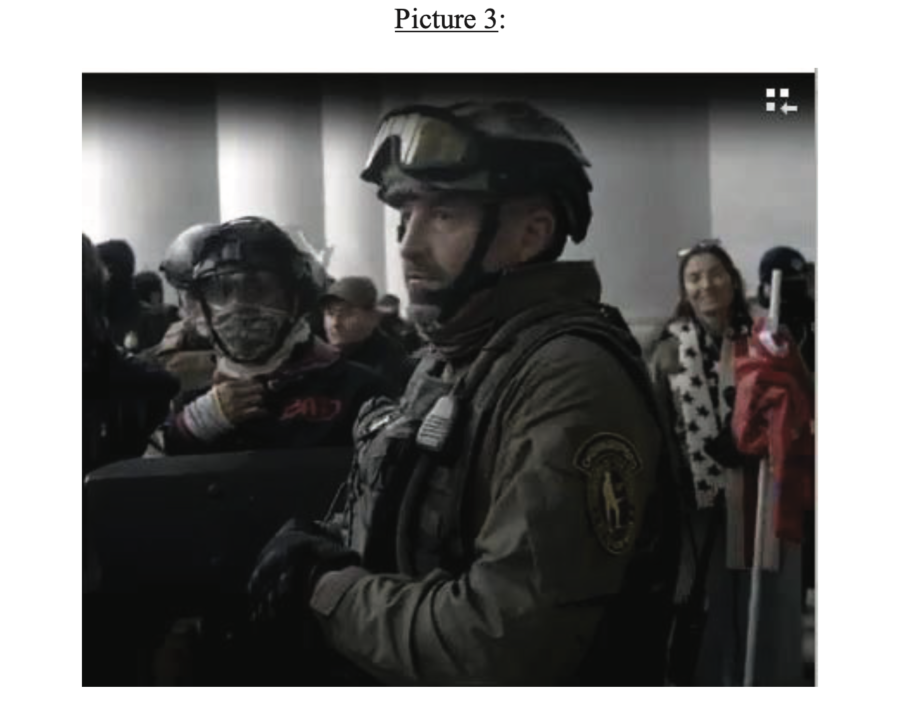 Additionally, Watkins is cited as having confirmed her own participation via social media.

The FBI alleges: “On January 6, Watkins posted to Parler a photograph of herself in the same Oath Keepers uniform in which she appears in Picture 3, alongside the statement: ‘Me before forcing entry into the Capitol Building. #stopthesteal2 #stormthecapitol #oathkeepers #ohiomilitia.'” 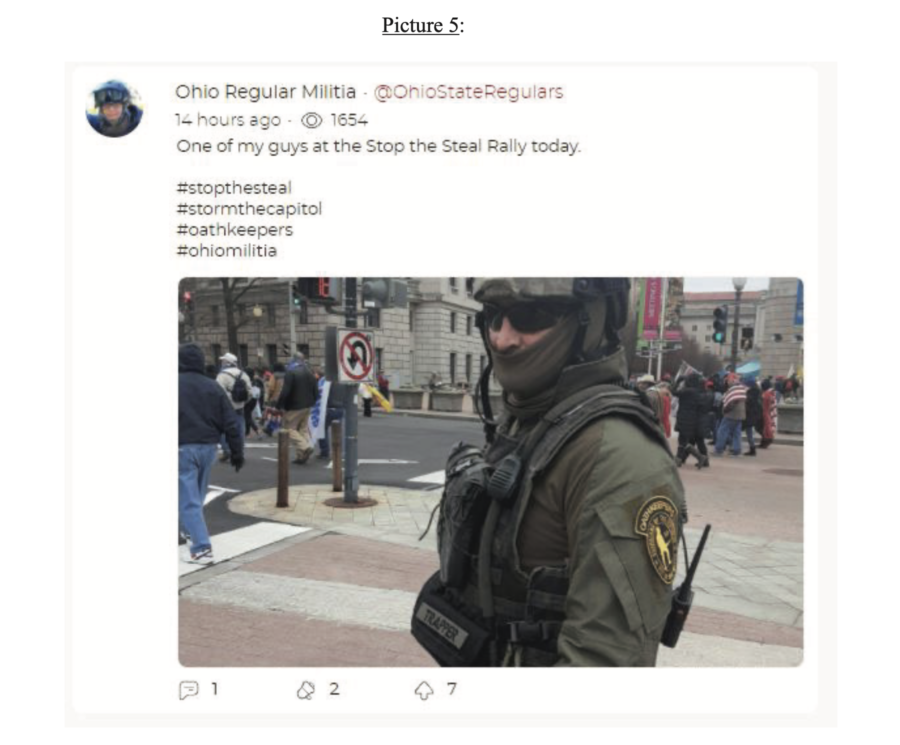 That post, allegedly made by Watkins on the would-be Twitter alternative Parler, apparently helped the FBI identify Crowl as well.

“In a social media post made by Jessica Watkins, a self-proclaimed commanding officer of the Ohio State Regular Militia, Crowl is depicted,” the latter’s charging document alleges.

Additionally, the FBI cites a January 14 New Yorker article by Ronan Farrow which appears to directly identify Crowl, a former Marine, as having been photographed in the Capitol Rotunda on the day in question.

The trio face a statutory maximum of 42.5 years in prison if convicted as charged. Federal sentencing guidelines will likely result in significantly lower sentences for each of the three defendants.

Caldwell’s amended complaint is available below:

Editor’s note: this story has been amended post-publication to account for additional criminal charges.