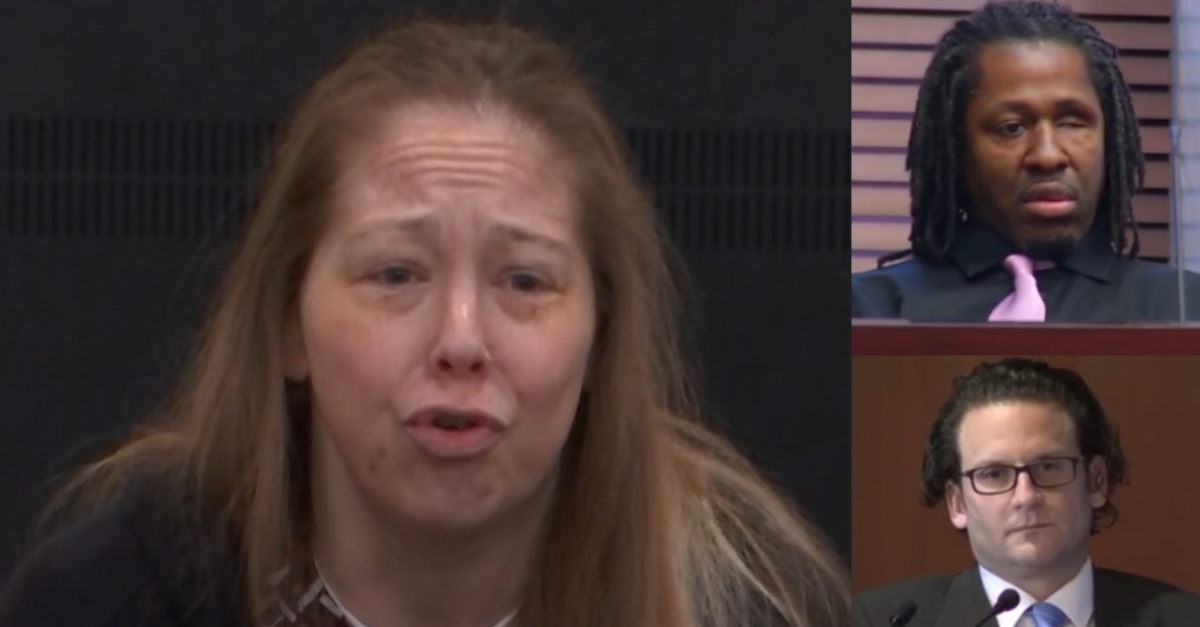 It bears repeating: Defendants are presumed innocent until proven guilty. Public perception is one thing, but governments are supposed to prove their case before taking away a person’s freedom. With that in mind, the decision over whether or not to testify is among the most serious choices a defendant has to make. Most people keep quiet, and let their attorneys do the talking. Others take the risk, and open themselves up to cross-examination by the state. Sometimes it leads to fireworks in the courtroom.

To hear Wisconsin defendant George Burch tell it, he was at the wrong place at the wrong time. He claimed that he and murder victim Nicole VanderHeyden met at a bar, and ended up having a sexual encounter in a vehicle when they got ambushed by a gunman. He asserted this was her live-in boyfriend. In his story, the real killer made him drive over to a spot that was either a field or the beginning of the woods. Burch said he complied with an order to take the body and drop it on a spot, but he managed to push the gunman before escaping in the vehicle.

Burch insisted he didn’t report what happened because he was on probation for a grand larceny conviction in Virginia, and worried about getting sent to prison. No surprise: the state worked to undermine his story. Cross-examination got tense.

The story of Tennessee man Sean Foley was complicated, to say the least. He shot and killed Jimmy L. Shelton, 44, in an act of premeditated murder, authorities said. The backstory behind this got pretty ugly. According to trial, Shelton was engaged to the mother of Foley’s girlfriend. That girlfriend was working out a deal with the homicide victim, in which she would exchange sex for a car she could use, the state said. They sent Foley away in order to negotiate, but the defendant secretly recorded their discussion. In it, Shelton admitted to sexually abusing the woman when she was younger, Foley testified.

The girlfriend testified she didn’t need Foley’s help, but the defendant confronted Shelton with a gun. The defense argued that this was a matter of self-defense, and Foley only fired when Shelton charged him. Jurors acquitted the defendant on first-degree murder, but couldn’t reach a decision for the lesser charge of second-degree murder. The judge declared a mistrial. Even so, there wouldn’t be another court fight. Foley later pleaded guilty to voluntary manslaughter and was sentenced to five years and six months in prison.

Who is most responsible for the death of infant Dylan Groves? It’s always striking when defendants admit to homicide on the stand. That’s what the boy’s mother Jessica Groves did. Essentially, she was taking the heat on behalf of co-defendant and husband Daniel Groves. They were being tried in an Scioto County courtroom for the boy’s 2019 death, but the defense tried to show that only she, not the father, was responsible, and that the father was only guilty of helping hide the body in a well.

Seems like a pretty straightforward story, but Jessica Groves didn’t want to answer all, or even most of the state’s questions. She admitted to murder for the purposes of the defenses’ case, but she insisted during testimony that Dylan’s death was an accident. The defendant balked at explaining how she caused the baby’s injuries, and outright snapped at the prosecutor. Daniel Groves testified too, and said he didn’t report the boy’s death because his wife threatened to blame it all on him.

The murder trial of Claudia Hoerig was years in the making. She shot and killed her husband Air Force Reserve Major Karl Hoerig at their home in 2007, then fled to her birth country of Brazil, prosecutors said. U.S. Marshals dragged her back to the United States, where she finally faced charges. In a video taped confession, she claimed her husband was abusive. That theme continued to her trial testimony. The defendant made quite a few unflattering allegations about her late spouse.

Things didn’t go her way. She was convicted, and her victim’s family blasted her in their victim impact statements at the sentencing hearing. The relatives dismissed her stories about Karl.

Let’s put it plain: Meghan Verikas is somewhat more fortunate than many women who end up in an abusive relationship. Her ex Leon Jacob plotted her murder, but that plan fell apart when he and his new girlfriend Valerie McDaniel asked a “hitman” to kill Verikas and McDaniel’s ex-husband Mack McDaniel, prosecutors said. That supposed assassin turned out to be an undercover cop, authorities said.

The murder plot didn’t happen, but there was a fatality. Valerie McDaniel died by suicide. That left Jacob as the sole defendant. He testified, and insisted he didn’t give the purported hitman any directions. Naturally, cross-examination got testy, and Jacob claimed the prosecutor was assassinating his character. Jurors didn’t see it his way.

We’re going to repeat ourselves here: It’s always striking when defendants admit to homicide on the stand. Florida defendant Markeith Loyd was charged with murdering pregnant ex-girlfriend Sade Dixon, and trying to kill her brother.

He often maintained a vocal presence in the courtroom since his first appearance. Perhaps it’s no surprise he took the stand, but his testimony bewildered Law&Crime Network panelists. They agreed his confusing story was a big help to the prosecution.

“This is like Christmas on Columbus Day for any prosecutor in a courtroom,” said Leslie Ricard Chambers, a trial attorney who was unaffiliated with the case.

Could Iowa prosecutors show that Amy Mullis was killed by husband Todd Mullis? Authorities argued that the defendant ambushed the victim with a corn rake at the family farm on November 10, 2018. The motive had roots in Amy having an extramartial affair some years before. The couple made amends, but things fell apart again, authorities said. There was evidence that Amy feared for her life, and wanted to leave her husband. The defendant killed her and tried to stage this as an accident, the state asserted.

Former Balch Springs police officer Roy Oliver stood trial for shooting and killing Jordan Edwards, 15. There’s no argument he did. The question was whether this constituted murder. He and fellow cop Tyler Gross responded to a call concerning drunk juveniles. Oliver testified that they arrived as teens were leaving a large house party.

The defendant claimed to hear noise like a semi-automatic firearm. He called it in. The defendant claimed to see a car backing up, and keep moving as Gross commanded the driver to stop. In this story, the vehicle stopped and started again. Oliver claimed he opened fire because he worried about Gross getting hit. (This resulted in Edwards dying.) There were a couple of big problems with the defendant’s story, however: Gross said he wasn’t afraid for his life, and footage showed the car driving away from cops at the time.

What’s the line between second-degree murder and self-defense? The defense for Iowa man Luke VanHemert tried to show this in his 2019 trial. Prosecutor charged the defendant for fatally stabbing college student Marquis Todd during a group bawl that started because of a car crash in front of VanHemert’s home.

The defense argued this was self-defense, but the prosecution said that it was VanHemert who initiated the fatal confrontation with Todd.

These case previously showed up on our list of top 10 most memorable trials. 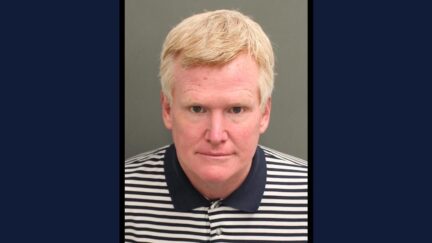 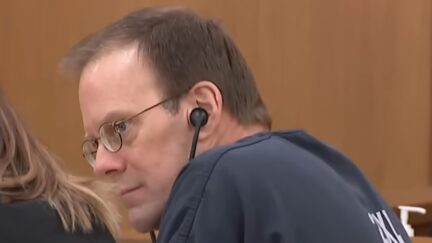 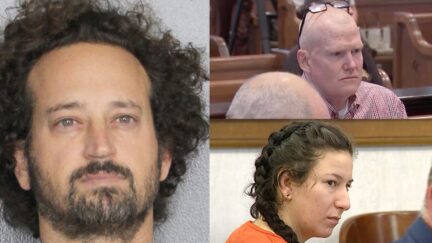