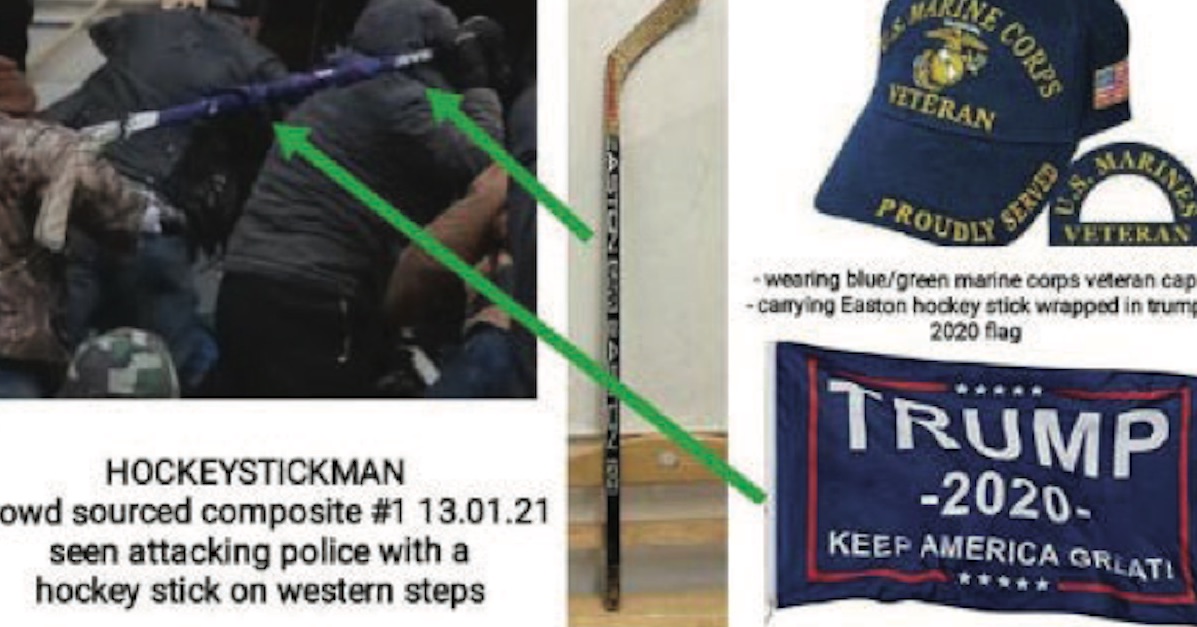 Hockey Stick Man, who was photographed a number of times and recorded on Jan. 6 as Trump supporters stormed the Capitol, attacking police as they did so, has been identified by the FBI as Michael Joseph Foy of Michigan.

Authorities say that the defendant was arrested on Thursday in the Eastern District of Michigan and that he has been hit with several federal charges.

According to the statement of facts, the FBI initially started looking into the suspect on a tip that he had killed a police officer by hitting him repeatedly with a hockey stick that had a Trump 2020 flag wrapped around it. 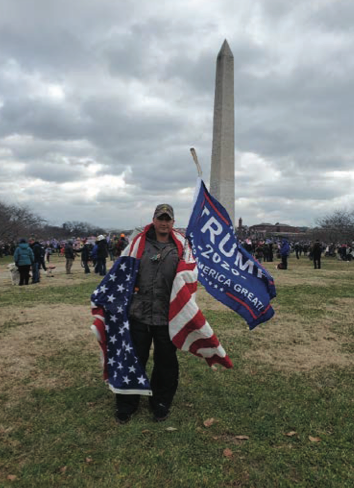 The feds said that they have not corroborated or confirmed that tip. The special agent who authored the statement of facts said he has “no evidence that the suspect killed a police officer,” but mentioned it to explain how the investigation unfolded.

Nonetheless, the FBI acted on this tip and believes that Foy committed the other charged offenses, including obstructing and assaulting law enforcement.

“On or about January 16, 2021, the FBI identified a video from an online New York Times article, found at www.nytimes.com/2021/01/11/us/capitol-mob-violence-police.html. The video depicts an individual wearing the exact same clothing as the individual above, bearing a hockey stick. In the video, the individual aggressively swings the hockey stick at an individual lying on the ground,” wrote the FBI Special Agent on the case. “The article indicates that the video footage was taken during the attack of a law enforcement officer. Specifically, the video shows a large crowd of individuals gathered around an entrance to the U.S. Capitol. It further shows the man with the hockey stick lifting the stick above his head and swinging it down rapidly, striking an individual on the ground several times. At no point does it appear that the individual on the ground is acting aggressively, nor does it appear that the attack in justified.” 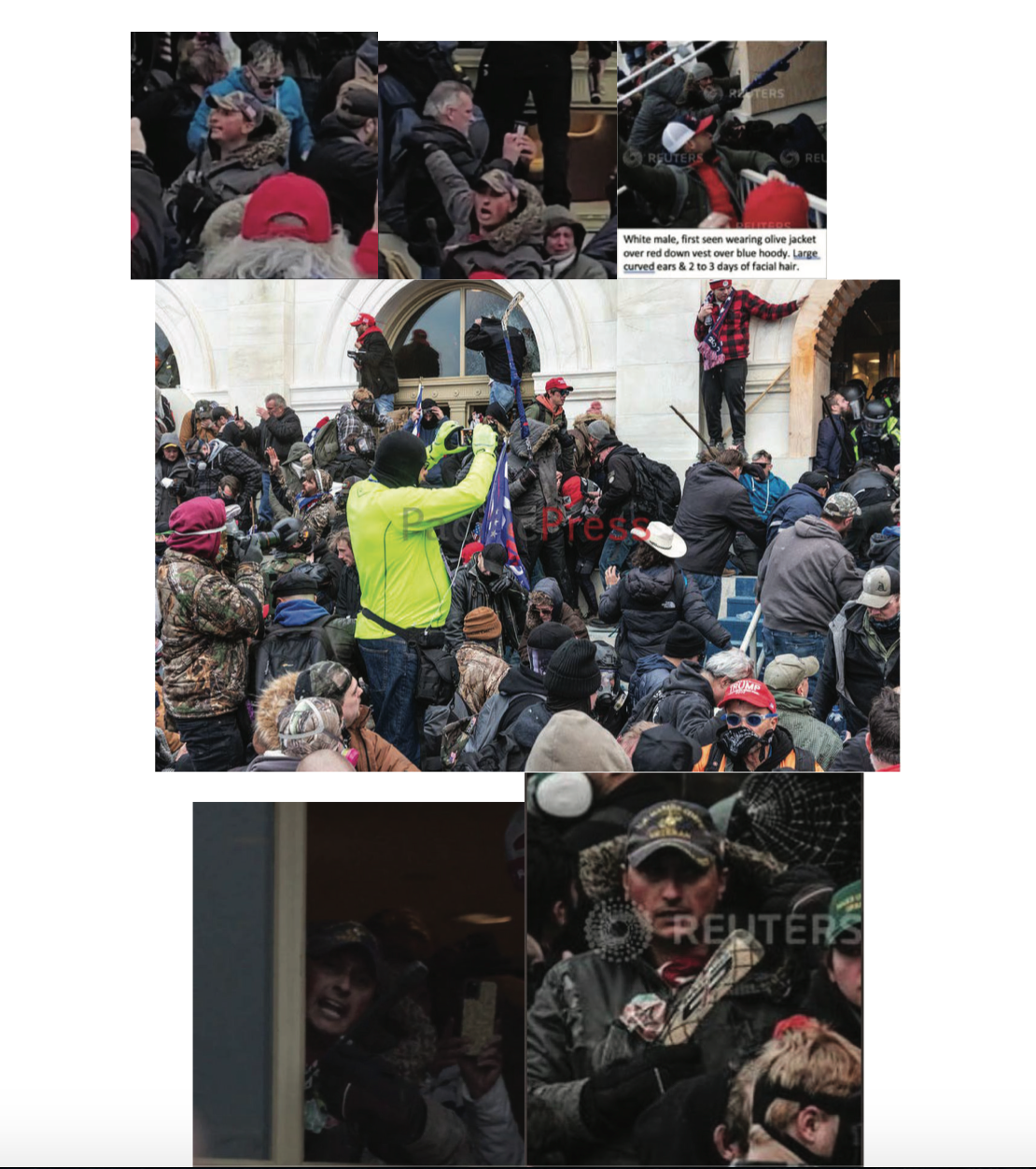 The feds said that Foy was caught on video “attacking” and “striking” a group of Metropolitan Police Officers at the Capitol, celebrating by raising his hockey stick and then illegally entering the Capitol through a broken window:

On January 17, 2021, the FBI also identified a YouTube video entitled, “I can’t breathe (on the steps)/The Storm Arrived Pt 9,” posted by user name The Black Conservative Preacher. This video shows another angle of the attack on law enforcement at the U.S. Capitol on January 6, 2021. Specifically, at time stamp 1:00 in the video, FOY begins striking a group of Metropolitan Police Officer (“MPD”) assisting in the protection of the U.S. Capitol who had been knocked down and dragged into the crowd of rioters. This attack continues for approximately 16 seconds until FOY is knocked down by another rioter. At that time, FOY circles back through the crowd, lowers his hood, which reveals a clear image of his face. At time stamp 1:26, FOY raises his hockey stick above his head in celebration and beings shouting (the words are indistinguishable from the other crowd noise). At 3:45, Foy begins motioning and shouting, as if to another individual in the crowd, and appears to be saying “Let’s Go,” while pointing at the U.S. Capitol building. At 3:59, FOY is seen crawling through a broken window into the U.S. Capitol.