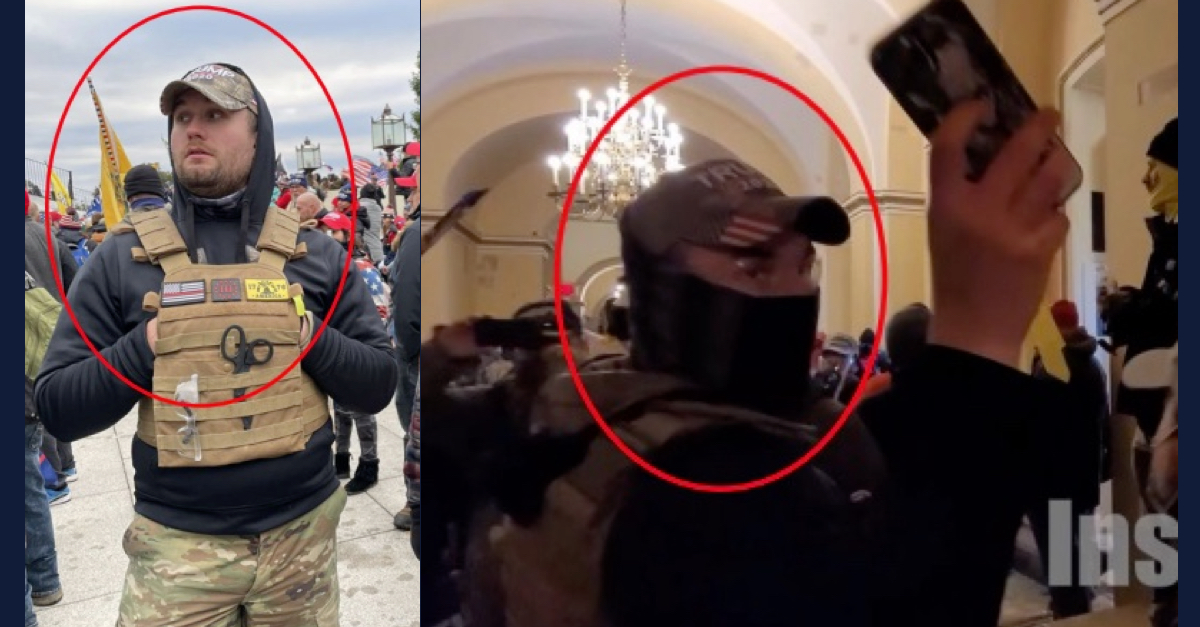 A Texas man who had worked as a county jailer prior to joining the Jan. 6 attack on the U.S. Capitol has pleaded guilty to storming the building.

Cory Ray Brannan, 24, appeared before U.S. District Judge Tanya Chutkan on Friday and pleaded guilty to one count of parading, demonstrating, or picketing in a Capitol building, a misdemeanor punishable by up to six months in jail.

Brannan admitted to traveling from his home in Midland to Washington, D.C. and attending Donald Trump’s so-called “Stop the Steal” rally, where the then-president exhorted his supporters to march to the Capitol in an effort to stop Congress from certifying Joe Biden’s electoral win.

Brannan acknowledged that he did exactly that, and at 2:14 p.m., shortly after the initial breach of the building, he entered the Capitol by climbing through a broken window. He stayed inside for around six minutes before leaving—this time through the Senate Wing Door.

Brannan confirmed that he was wearing a “tactical vest” that day accessorized with three patches: an American flag with a “thin red line,” a patch bearing the Three Percenters logo, and a yellow Gadsden flag with the words “Don’t Tread on Me.”

A pair of goggles and some scissors were tucked into his vest, according to documents. Brannan also wore a camouflage hat emblazoned with the “Trump 2020” logo, a black hoodie, and camouflage pants.

Those three patches are laden with symbolism. The “thin red line” patch, while ostensibly meant to show support for firefighters, is often linked to the pro-police “thin blue line” flag that some say has been coopted by extremists and white supremacists. The Three Percenters group is a militia movement that, according to prosecutors “asserts a constitutional right to armed confrontation with the U.S. Government”; it is named for the false historical claim that only three percent of Americans fought against the British in the Revolutionary War.

The Gadsden Flag, while also linked to the Revolutionary War, has taken on a new, arguably nefarious association with white supremacists (and pro-Trump would-be insurrectionists).

The Jail Captain for the Midland County Sheriff had confirmed to the FBI that Brannan had “recently worked as a jailer” there, court documents say.

According to the charging documents, Brannan was pictured multiple times standing with Felipe Antonio “Tony” Martinez, a member of the Three Percenters group who has been charged in a multi-defendant conspiracy case with links to Trump confidant Roger Stone.

As part of his guilty plea, Brannan agreed to pay $500 in restitution toward the estimated $2.7 million in damage to the Capitol.

Friday’s plea got off to a rocky start earlier in the day, when Brannan failed to appear for his scheduled 11:30 a.m. hearing time. Chutkan, a Barack Obama appointee, said that if Brannan wasn’t able to appear before 4:00 p.m. on Friday, she would issue a bench warrant and consider changing his conditions of release.

Fortunately for Brannan, he was able to appear via video that afternoon.