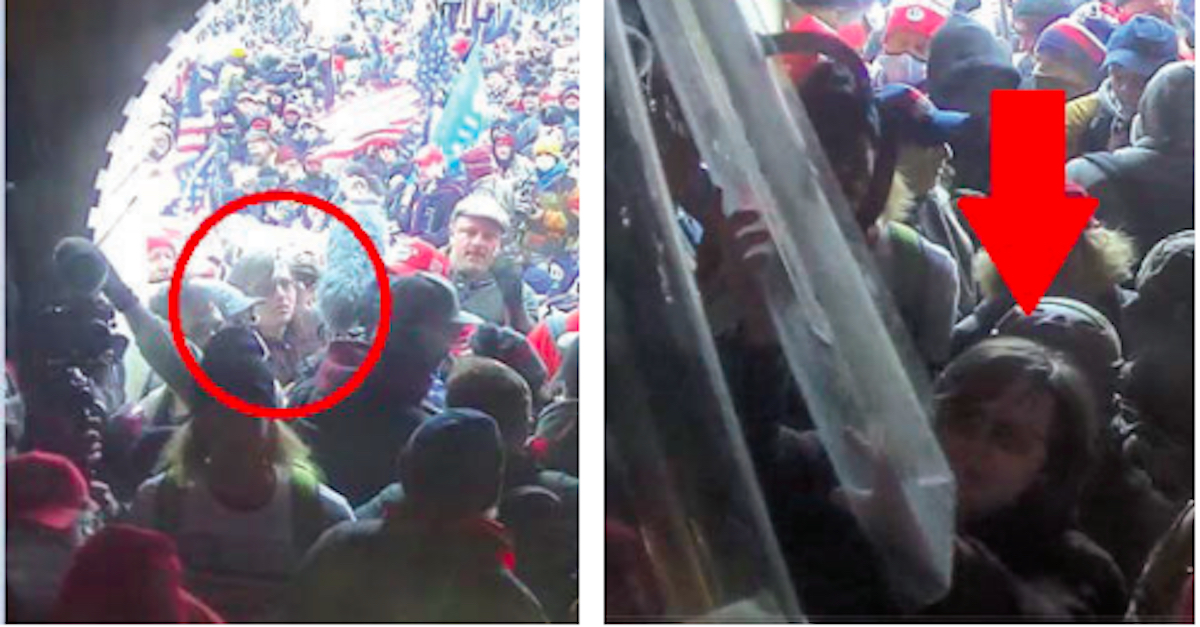 A Connecticut man accused of crushing Metropolitan Police Department Officer Daniel Hodges during the Jan. 6 riots at the U.S. Capitol was taken into custody by federal authorities Tuesday evening and charged by prosecutors in Washington, D.C. Video of the encounter, which depicts the bloodied officer screaming in pain, immediately went viral.

Patrick Edward McCaughey, 23, faces several criminal counts including forcibly assaulting or interfering with a law enforcement officer using a deadly weapon, obstruction of law enforcement, and entering a restricted building with the intent to impede or disrupt official Government business, among other things.

According to the charging affidavit from a deputy U.S. Marshal whose name was redacted from the document, publicly available video shows McCaughey “in the front line of rioters” trying to break through police barriers and storm the Capitol Building. The deputy said video evidence shows McCaughey using a riot shield to crush Officer Hodges with the help of other rioters, providing a graphic description of what happened.

In another video, McCaughey is seen “pushing the clear police riot shield up against [Hodges] who is attempting to keep rioters from entering the lower west terrace door” while telling the officer to “just go home dude.”

He then says, “come one man, you are going to get squished, just go home.”

After the officer had been trapped for approximately two-minutes, McCaughey “touches Officer Hodges’ helmet and lowers Officer Hodges helmet’s shield,” per the affidavit.

In an interview several days after the attempted insurrection, Officer Hodges said he “thought he was going to die” during the encounter with McCaughey and other rioters.

“The guy in front of me, that guy, he was he was practically foaming at the mouth. He was screaming and just grabbed my arm, grabbed my filter on my masks, started beating my head against the doorframe and ripping it off as best he could. Once he got my mask off, he also was able to rip away my right baton from me and started beating me in the head with it,” he said. “I thought, ‘this could be the end,’ or ‘I could not get out of this completely intact.”

Officer Hodges said it was his “pleasure to crush a white nationalist insurrection” and would have done so for free.