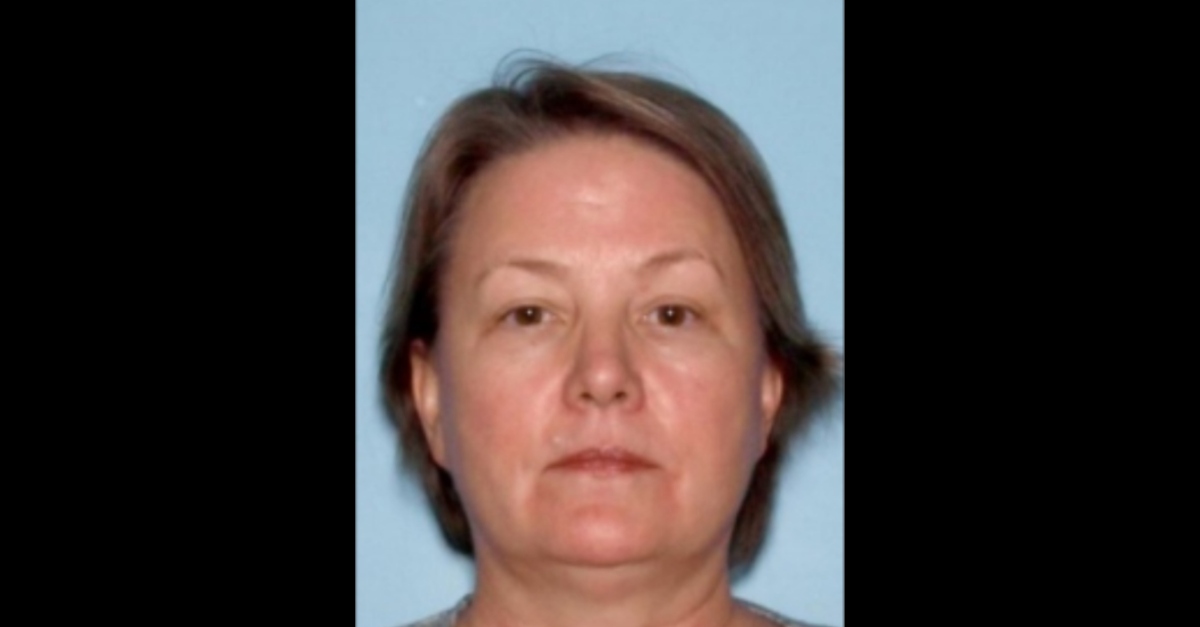 The saga of the pretrial incarceration of the mother of the man allegedly photographed with a handful of zip ties during the Jan. 6 siege on the U.S. Capitol is playing out a lot like that of her son.

The so-called “Zip Tie Guy,” Eric Gavelek Munchel, 30, was ordered released from custody pending trial by U.S. Magistrate Judge Jeffery S. Frensley of the Middle District of Tennessee. Frensley said Munchel showed “apparent and clear respect for law enforcement” during his legal proceedings and therefore could be trusted to remain in circulation with the general public leading up to trial. However, Beryl A. Howell, the chief judge of the U.S. District Court for the District of Columbia, reversed Frensley’s decision and ordered Munchel to remain locked up, at least for now.

The case against Munchel’s mother, Lisa Marie Eisenhart, 56, a registered nurse, has thus far followed the same trajectory. The same exact magistrate judge — Frensley — said Eisenhart could be released; the same exact chief judge — Howell — said Eisenhart should be incarcerated for now. She had been due for release Tuesday at 5:00 p.m.

Court records say Munchel drove from Tennessee to the U.S. Capitol Complex with his mother, Eisenhart, and stayed at the Grand Hyatt Hotel. Later, a raid on Munchel’s house led to the discovery of either the same clothes he appears to have been wearing inside the Capitol on Jan. 6 or clothes which are substantially similar.

Other images place Munchel at the Capitol with his mother. At one point, federal court documents alleged that Munchel and his mother both joined a mob of others as they chased down law enforcement officers.  Both were “holding flex cuffs . . . during the pursuit.”

Later, police caught up with Munchel at the hotel; he said he was carrying a Taser for “self-protection.”

Eisenhart said she and her son went the Capitol as “observers,” but she also said “[t]his country was founded on revolution . . . I’d rather die a 57-year-old woman than live under oppression. I’d rather die and would rather fight.”

Frensley, the magistrate who said both mother and son should be released, repeatedly seemed to push back at claims that the pair could have been up to no good, according to the Tennessean. He questioned whether the pair could have been running after officers with zip ties to prevent the police from using them on rioters, rather than to detain the officers themselves. He also questioned whether Eisenhart was wearing a bullet proof vest to protect herself, as authorities often do, rather than to start trouble herself. He also questioned whether Eisenhart’s statements that she would “rather die and would rather fight” might be mere “hyperbole” — since the word “fight” could be interpreted several ways beyond physical confrontation.

Court records indicate Munchel and Eisenhart obtained the zip tie restraints inside the Capitol. Prosecutors pressed back against claims that they took them benevolently to prevent them from being used nefariously by others.

Howell, the D.C. judge, on Tuesday ordered that both Munchel and his mother be transported from Tennessee back to the nation’s capital to face prosecution.

Eisenhart’s attorney argued that she poses less of a risk than her son because, in part, she did not possess or “stash[]” any weapons before going to the Capitol and did not carry a Taser into the Capitol.

“The proof in the record is that, unlike several other individuals not known by or affiliated with Eisenhart, Eisenhart did not make a specific plan to breach the Capitol, commit violence, possess a weapon, vandalize, assault, steal, enter private offices, view secret or classified materials, or take any action other than what is reflected in the I-phone video viewed by the Court during the Munchel hearing,” her attorney wrote further.

Elsewhere, Eisenhart’s attorney blamed Trump for what happened and cued up a possible defense:

In the months before the 2020 presidential election, then-president Donald Trump began publicly pronouncing that his supporters should be concerned about voter fraud contaminating the 2020 election. Immediately after it became apparent that then-president Trump lost the 2020 presidential election, Mr. Trump ramped up the rhetoric, accusing his political opponents of “stealing” the election/presidency and perpetrating a massive fraud upon the citizens of the United States. Then-president Trump continued to repeat these allegations and asked his supporters to come to a rally on January 6, 2021 in Washington DC in order to protest the certification of the electoral college vote declaring President Biden as the victor. Mr. Trump, still the President of the United States at the time, told his supporters (and the entire world) that the purpose of the rally was to “save America”, “stop the steal”, and used incendiary language about the pending doom of the country should Mr. Biden assume the presidential role. While at the rally, Mr. Trump continued his inflammatory rhetoric, telling his supporters both at the rally and on Twitter in the days before that it was imperative that they rise up to “stop the steal” and that they should march to the Capitol alongside then-president Trump to show strength and “provide strength” to Republican legislators planning to vote against certification of the electoral college votes.

Clearly, the individuals who travelled to Washington D.C. at then-president Trump’s behest heard the call from the commander-in-chief and head of the executive branch of the Federal Government.

Afterwards, the legislative branch took note of then-president Trump’s role in this matter. The House of Representatives impeached Mr. Trump over this conduct and specifically accused him of inciting an insurrection. The leader of the Senate Mitch McConnell issued a scathing statement blaming Mr. Trump, stating that the attendees “were provoked by the president and other powerful people.”

Eisenhart and those situated similarly will be able to assert and rely upon the defense of entrapment by estoppel.

Eisenhart and Munchel are both accused of conspiracy; civil disorder; entering restricted buildings or grounds; and violent entry or disorderly conduct.