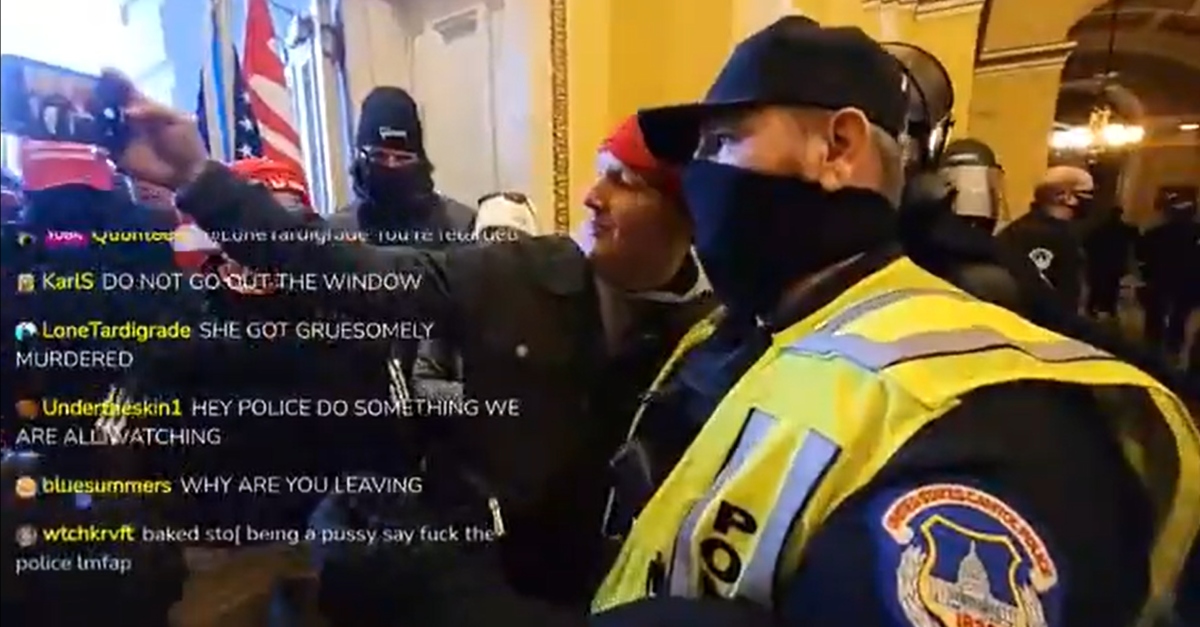 Two Capitol police officers have been suspended for their behavior last Wednesday as an armed insurrection unfolded and angry Trump supporters poured into the Capitol to disrupt Congress, said Rep. Tim Ryan (D-Ohio, 13th District) on Monday. One officer got in trouble for wearing a MAGA hat and directing rioters, and another took a selfie with an intruder.

The incident in D.C., in which supporters of President Donald Trump took over the Capitol Building after a Trump rally near the White House, has led to widespread criticism against the Capitol police, as well as the resignation of its chief. At best, the department was accused of being unprepared. At worst, some members of the police force were accused of enabling the crowd.

NEW: Rep. Tim Ryan, who is leading investigation into Capitol Police’s actions during the insurrection of the Capitol said that 2 Capitol Police officers have been suspended for their actions: 1 for wearing a MAGA hat/directing rioters hat & 1 for taking a selfie with rioters.

Footage at the scene showed an officer taking a selfie with another man.

Cops are taking selfies with the terrorists. pic.twitter.com/EjkQ83h1p2

Rep. Ryan said he was unclear on the detail behind another law enforcement official being arrested, and needed to follow up. It was later reported that his office said no law enforcement were arrested in connection to the insurrection.

UPDATE: Tim Ryan’s office telling us that there have NOT been any arrests of members of law enforcement for their role in the 1/6 riots on Cap Hill.
There are multiple investigations ongoing and at least 2 officers have been suspended. https://t.co/63OaPEI2eC

Ryan announced that up to 15 officers were being looked at for their actions.

Ryan also confirmed that there are approximately 10 to 15 Capitol Police officers under investigation for their behavior during the riot but did not have more specifics than that.

Capitol police did not immediately respond to a Law&Crime request for comment.

Chief Steven Sund recently announced his resignation after five people died amid the chaos. Trump supporter Ashli Babbitt, 35, was shot and killed by Capitol police. Three other Trump supporters–Rosanne Boyland, 34, Kevin Greeson, 55; and Benjamin Phillips, 50–died from what cops described as “medical emergencies.” The death of Capitol police officer Brian Sicknick is being investigated as a possible murder as he was allegedly struck with a fire extinguisher.

Update – 7:01 p.m.: Ryan’s office said no law enforcement were arrested in connection to the insurrection.