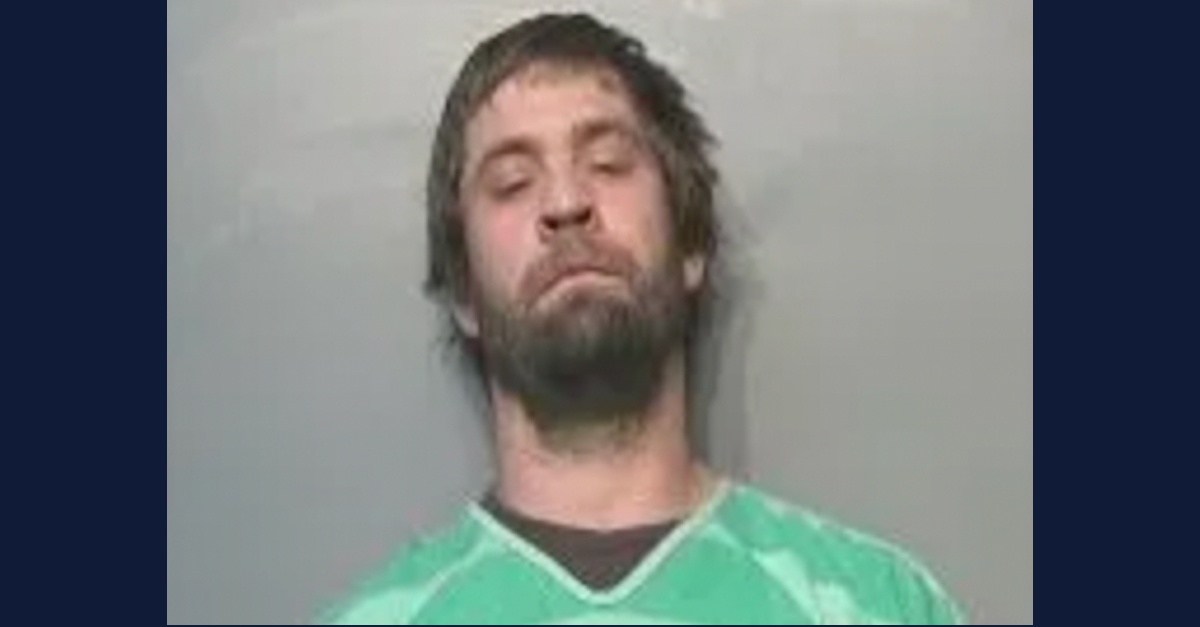 A plea agreement hearing for an Iowa man who attacked a member of law enforcement during the Jan. 6, 2021 attack on the U.S. Capitol Complex went by without controversy on Thursday afternoon.

Metropolitan Police Officer Michael Fanone was beaten, tased, and had his gear stolen by several MAGA adherents that day.

Kyle James Young, 38, admitted to being one of the people who took part in at least some aspects of that attack on the officer during his hearing in D.C. before U.S. District Judge Amy Berman Jackson, a Barack Obama appointee.

“This is an important proceeding in which the rules of criminal procedure require that you have to be here in person,” the judge told the defendant, citing the typical, in-person standard necessary for plea agreement hearings while noting that this standard had not applied to any of his prior court appearances in the case.

Jackson then asked Young if he was okay with proceeding via video conference due to special procedures adopted for the COVID-19 pandemic. The defendant confirmed that he was ready, and the proceedings continued on largely in this vein: the judge asked questions; the defendant placidly acceded.

“This is the first time I hear from you on the record if you want to go to trial,” the judge said, “or whether you enter a plea of guilty.”

During the hearing, Jackson methodically ran through a laundry list of the various rights the U.S. legal system grants to criminal defendants–rights that Young was forfeiting by pleading guilty.

“Yes, I understand,” Young said, in turn, after each right being waived was read aloud to him by the judge.

In a minor departure from the trend of the defendant simply answering in the affirmative, Young offered what amounted to a brief biographical sketch in response to a series of questions used by Jackson to ascertain whether she felt he understood the hearing.

Young said he completed 10th grade before later obtaining his GED. In a perhaps unsurprising response due to currently being incarcerated, he said he had not taking any drugs or had any alcohol within the past 48 hours. The defendant then confirmed that he is not diagnosed with any mental illness and is not currently receiving therapy.

But, Young said, he had tried to kill himself when he was 18 and “really drunk,” resulting in the provision of therapy at the time.

On the procedural front, Young answered with a “yes” each time he was asked by Jackson whether he had received the superseding indictment, whether he was satisfied with his legal counsel, and whether he had discussed the indictment and the plea agreement with his lawyer.

“That is correct your honor, to count four of the indictment,” said Young when asked if he was, in fact, pleading guilty.

Young was indicted on 12 separate counts in April 2021.

When quizzed as to the particulars of his plea deal, Young said he was aware that if he decides to later withdraw his plea, the government will not be prohibited from mentioning that he originally pleaded guilty. He also confirmed that he knew he was pleading guilty to a felony involving assaulting, resisting or impeding a federal officer and that he would remain incarcerated between his plea and sentencing.

Cara Anne Gardner, the Department of Justice attorney prosecuting the case, was also asked the equivalent of a perfunctory question by Jackson. She said the government is not withholding any exculpatory information relevant to Young. Under U.S. law, such information must be provided to criminal defendants. Prosecutors’ failure to do so across the country, however, has been likened to an “epidemic.”

The prosecutor later offered an undisputed narrative of the events that occurred in the national seat of legislative government on Jan. 6, 2021. The beginning of this speech was a general timeline of the mob’s efforts that day. There was also a section dedicated to the defendant’s own efforts–including his role in attacking Fanone.

“The defendant knew that the officer was engaged in the performance of official duties,” Gardner said at one point, before noting that Fanone was “swept” into the crowd and that during this point, Young made contact with the officer’s helmet.

Young was asked to speak up if he had any problems with the way the attack and riot were described. He also did not take issue with the events as described when pressed by the judge to accept or deny the narrative.

“Did you and others, in fact, throw a large speaker at a police line?” Jackson asked.

Young is facing up to eight years in prison and three additional years of supervised release. Per the terms of his plea agreement, he agreed to pay court fees as well as $2,000 in restitution to help repair the damage caused by the pro-Trump crowd. Young signified that he understood all of that as the judge made up her mind.

“Do you understand even I don’t know what your sentence is going to be?” Jackson asked.

“Yes, your honor,” Young said. “I understand everything.”

In the end, she accepted the plea.

“The plea will be accepted,” Jackson said.

While explaining how the federal sentencing guidelines work, the judge mused that the two most likely sentences for the defendant would be periods of between 63-78 months or 77-97 months, depending on how offense level increases or reductions are applied.

No sentence was imposed on Thursday, Judge Jackson said, because there while there were few concerns about what Young did, she was “also supposed to look at who you [the defendant] are.”

To that end, the court will consult a pre-sentencing report as well as competing sentencing memos that deal with issues related to the protection of the community, the deterrent effect of the proposed sentences, and whether or not Young’s eventual sentence is “consistent and fair with similar cases and others with similar records.”

The judge did note something to watch out for as a possible point of contention. Because Fanone was restrained during the attack, the government believes Young deserves an additional offense level increase. The defense has not yet weighed in but has formally reserved the right to dispute the government’s position.

Jackson, finally, asked Young whether he had any outstanding issues, questions or concerns.