Jury Only Needed a Few Hours to Convict Texas Militia Man of All Charges in First Jan. 6 Case to Go to Trial 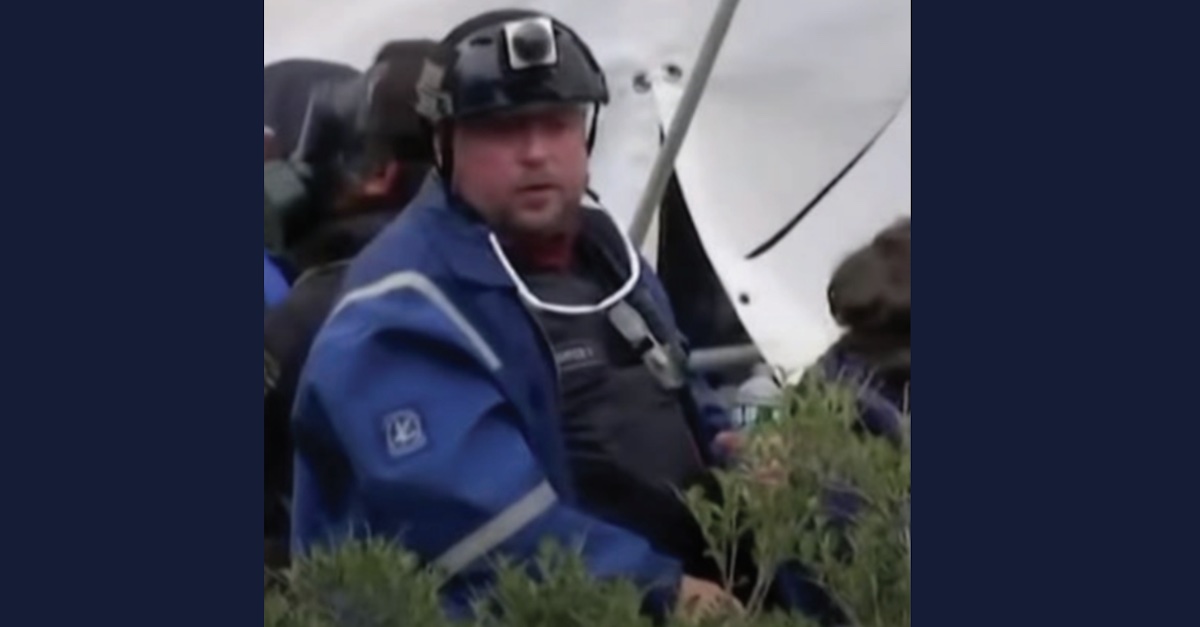 A federal jury has convicted a Texas man on all five counts in the first trial of nearly 800 people charged in the Jan. 6 siege on the U.S. Capitol.

Guy Reffitt, 49, had been charged with obstructing an official proceeding of Congress, bringing a gun to the Capitol, and other felonies and misdemeanors in connection with the Jan. 6 attack on the U.S. Capitol, when Donald Trump supporters swarmed the building in attempt to block Congress from certifying Joe Biden’s win in the 2020 presidential election.

Reffitt has been linked to the Three Percenters militia group, which bases its name on the false belief that the number of Americans who fought the British during the Revolutionary War amounted to only three percent of the population at the time.

Reffitt’s son, Jackson Reffitt, took the stand and testified against his father.

Before Jan. 6, Jackson Reffitt had flagged his father to the FBI with concerns about Reffitt’s increasingly violent rhetoric. Indeed, when Reffitt returned from Washington, he told his kids that “traitors get shot” in an apparent effort to get them to keep quiet.

Later, when the FBI called Jackson to ask if his father was at the Capitol on Jan. 6, Jackson confirmed that he was.

Jackson’s decisions to alert authorities and then testify against his father has reportedly split the family apart. Jackson has reportedly cut off almost all contact with his family, while his sisters have defended Guy Reffitt, even though they have said they don’t support his decision to go into the Capitol.

Reffitt’s wife, Nicole Reffitt, has said she fully supports her husband’s decision to go to the Capitol, and told VICE News that he had his weapons with him simply because he always travels with them; at the same time, according to the story, she doesn’t blame Jackson for calling the feds.

One of the key issues at trial was whether Reffitt was carrying a gun on him when he joined the violent mob.

The government had submitted evidence to show that Reffitt had his gun on him, including a picture of him on the Capitol steps with a gun holstered to his side.

Reffitt’s attorney, William Welch, reportedly urged the jury to question the authenticity of the government’s exhibit.

But in a video submitted as evidence at trial, Reffitt himself seems to acknowledge having a gun with him at the time.

In a recorded video call, Reffitt is giving a detailed play-by-play of what happened on the steps at the Capitol. He’s very detailed, and he appears to believe that the fact that he was sprayed with chemical spray was the reason why other rioters started pushing into the building.

He also says he had a gun on him at the time.

And according to Reffitt, he wasn’t the only one.

“Other people had weapons. They’re lucky we didn’t shot them,” he said, apparently referring to law enforcement trying to stop the violent crowd from getting into the building. “We could have but we didn’t shoot a single round.”