Attorneys for Trump, Who Said He Was Too Busy to Sue Clinton While He Was President, Now Seek More Time for Appeal of RICO Dismissal 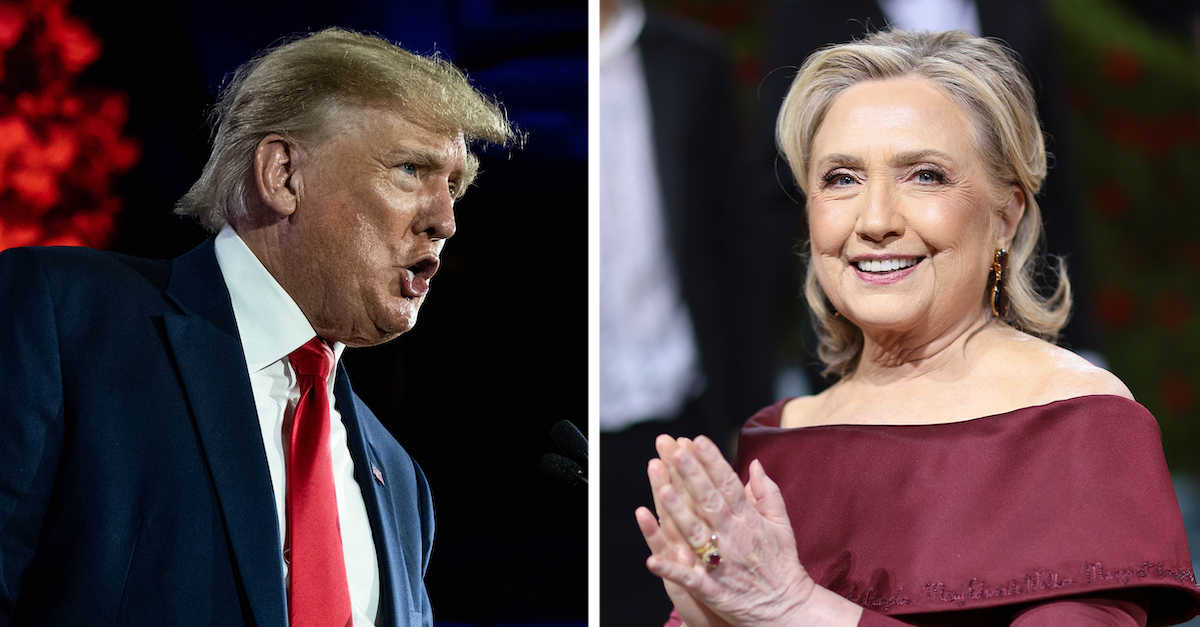 Attorneys for former President Donald Trump this week secured more than an extra month to file an important brief in a thus far failed racketeering lawsuit against Hillary Clinton and others.

Trump alleged RICO violations and a long list of other claims against Clinton, the Democratic National Committee, and a collection of other political foes — real or perceived — in connection with the 2016 election cycle. Trump, of course, won that election, but he took his grievances about what transpired to federal court after he was voted out of office.  The gravamen of the myriad claims generally involved a later-debunked narrative that Trump directly colluded with Russia while seeking election.

U.S. District Judge Donald M. Middlebrooks rubbished Trump’s claims in spectacular fashion; Middlebrooks concluded in part and parcel these were simply the sort of qualms that cannot be settled in a court of law.

The case remains before Middlebrooks for the purposes of sanctions; some have already been awarded. Trump’s attorneys promised to appeal, and a brief explaining their appellate case-in-chief was due Thursday.

A docket entry by the 11th Circuit Court of Appeals on Wednesday says, however, that Trump’s appellate team phoned the court and asked for more time to prepare and file their arguments. The deadline was pushed back from Nov. 17 to Dec. 21, the docket entry indicates:

Over the phone extension granted by clerk as to Attorney Jared Joseph Roberts for Appellant Donald J. Trump. Appellants brief due on 12/21/2022, with the appendix due seven days from the filing of the brief. Any request for a second or subsequent extension of time shall be subject to 11th Cir. R. 31-2(d). [Entered: 11/16/2022 12:04 PM]

The appeal will almost certainly focus on a key sticking point in the lower district court: the statutes of limitations applicable to the various claims pressed.  Most (if not all) of the many named defendants, including Clinton herself, quickly pointed out that the statute of limitations expired on the claims long before Trump’s attorneys filed the case. Trump’s attorneys asked the court to toll the statutes of limitations during Trump’s entire presidency under the theory that he was simply too busy to sue while he was in the White House. That legal theory has been explored in previous cases, such as the Paula Jones litigation against Bill Clinton, and Trump’s attorneys seem eager to settle the issue.

[Picture of Trump by Seth Herald/Getty Images; picture of Clinton by Dimitrios Kambouris/Getty Images for The Met Museum/Vogue.]