‘Today’s a Day For Adam’: Child Torturer and Murderer Welcomes His Punishment as He’s Put to Death by Oklahoma on His 63rd Birthday 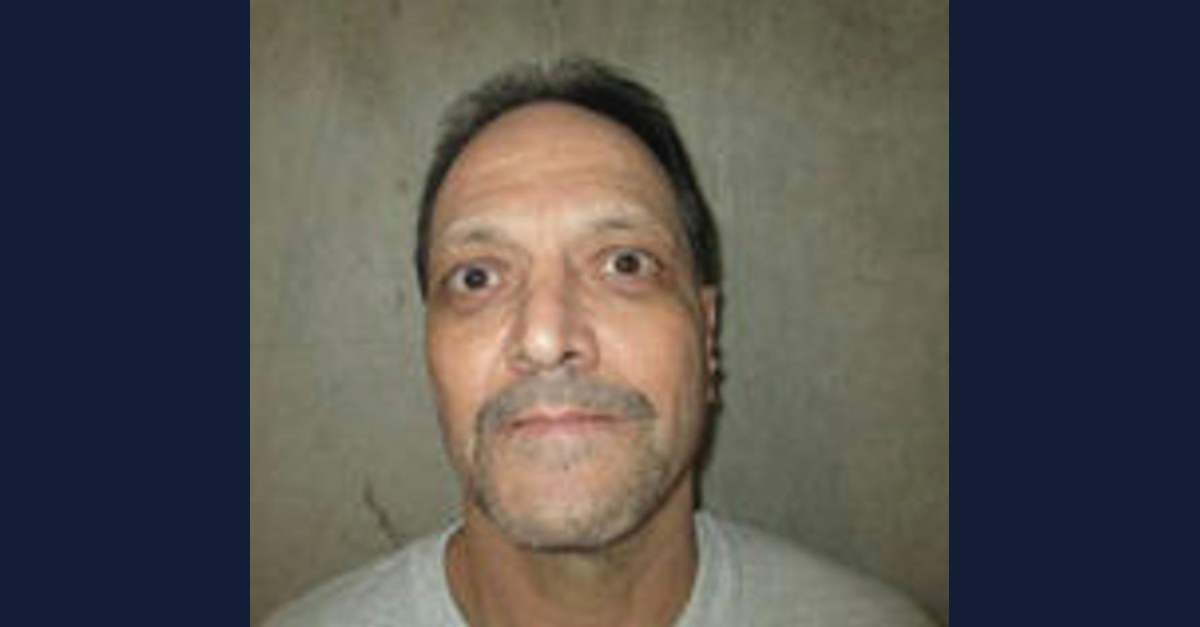 Richard Stephen Fairchild turned 63 on Thursday, Nov. 17, 2022, but his birthday was not celebrated; it was, perhaps coincidentally, the same day the State of Oklahoma put him to death.

According to ABC News, an execution doctor supplied the death row inmate beginning at 10:10 a.m. with the first of three lethal drugs that, when combined, would take his life. By 10:24 a.m., Fairchild was pronounced dead at the Oklahoma State Penitentiary in McAlester.

In 1993, Fairchild killed 3-year-old Adam Broomhall as punishment for the child wetting the bed. Broomhall was the son of Fairchild’s then-girlfriend, Stacy Broomhall. Prosecutors provided evidence and proved at trial that they boy was killed after enduring severe torture.

Adam Broomhall’s official cause of death was brain damage caused by being thrown against the vertical surface of a drop-leaf table. Prior to that, the boy’s mouth and head were beaten by Fairchild because he wouldn’t stop crying. When he continued crying after being hit, Fairchild held both sides of Adam Broomhall’s small body against a hot wall heater.

The Court of Criminal Appeals of Oklahoma graphically took stock of the abuse and the instant of the boy’s death:

Adam suffered severe second-degree grid-patterned burns on his chest and bottom, and was now screaming.

Fairchild admitted to Detective Burton a couple of days later, “I think I pushed him up against the heater and held him up there,” and, “The more he screamed, the more I just kept on hitting him.” Another blow struck Adam’s left ear and ruptured his eardrum. Finally, Fairchild threw Adam against the drop-leaf dining table, and when Adam hit the floor, he stopped screaming. He also stopped breathing.

“Since Adam was screaming, we know he was conscious until the fatal blow,” the court noted in a 1999 opinion affirming the conviction and death sentence. “Evidence of this gratuitous violence provided sufficient evidence to prove beyond a reasonable doubt the murder in this case was preceded by torture and serious physical abuse.”

Stacy Broomhall was asleep as the cruel incidents that took her son’s life occurred during the early morning hours – after a day that was preceded by substantial alcohol consumption at her mother’s house.

“The children watched TV and ate snacks in one room while the adults watched TV and drank beer in another,” the court explained. “When Fairchild and Stacy were ready to leave, [Stacy’s mother] insisted they were both too intoxicated to drive and arranged for her seventeen-year-old daughter, Charity Wade, to drive them home. Originally Ms. Wade planned to stay overnight at Fairchild’s and Stacy’s residence. These plans changed when Fairchild made sexual advances toward her.”

Wade checked on Adam Broomhall before she left at 10:30 p.m. Around three hours later, he awoke crying.

After the boy died, the ex-Marine woke up his girlfriend and called 911. When investigators arrived, he wrote out a narrative, claiming that Adam was running in the house and “ran right into the table.”

An autopsy showed the boy had been struck approximately 26 times that night, several times in the head.

Emma Rolls, one of Fairchild’s attorneys, pleaded for her client to be spared in a statement to the Pardon and Parole Board, citing his “unblemished prison record,” his remorse, and because he had “lost touch with reality” as his brain deteriorated and “descended into psychosis.”

“Today’s a day for Adam, justice for Adam,” Fairchild reportedly said, strapped in to die, thanking his attorneys and prison staff, apologizing to his victim’s family. “I’m at peace with God. Don’t grieve for me because I’m going home to meet my heavenly father.”

Adam Broomhall would be 34 if he were alive.

[image via Oklahoma Department of Corrections]