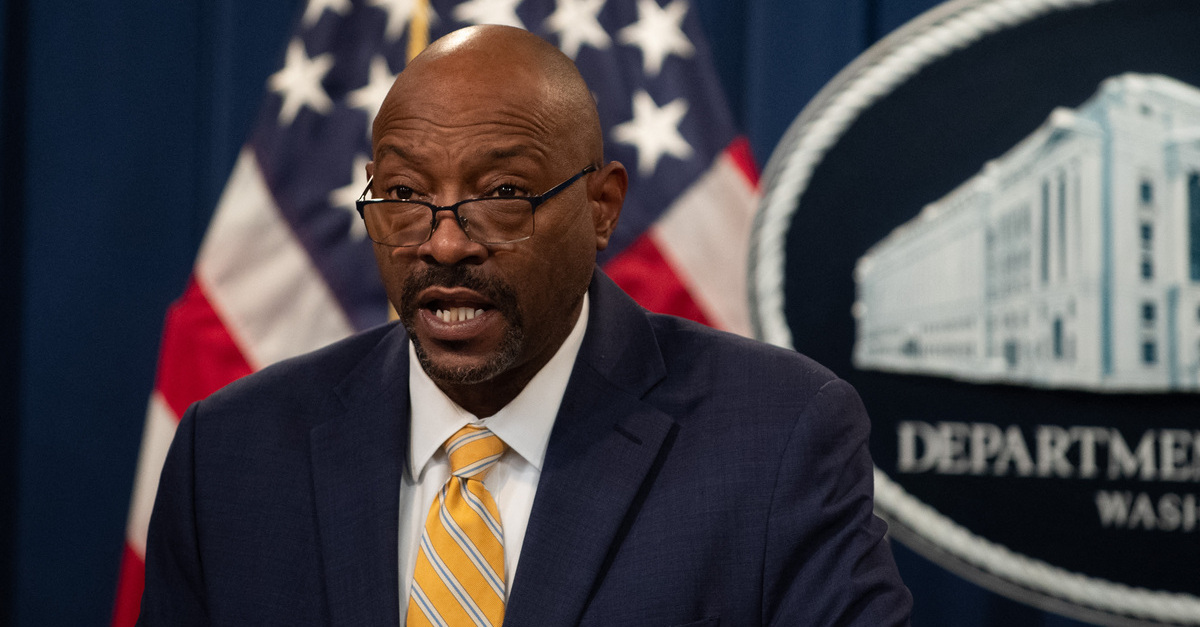 The Biden administration – chiefly the U.S. Department of Homeland Security and Immigration and Customs Enforcement – is unlawfully keeping attorneys from communicating with immigrants in four detention facilities in Florida, Louisiana, Texas, and Arizona, a lawsuit filed in a Washington, D.C. federal court on Thursday alleges.

“Immigration detention is cruel, punitive, and unnecessary,” Emma Winger, senior attorney at the American Immigration Council, said in a press release announcing the lawsuit. “The government locks people up — often in remote facilities far from family and legal services providers — while erecting arbitrary barriers to accessing counsel. Immigrants in detention should not have to struggle to have private conversations with their lawyers. The stakes are too high.”

The purpose of the filing, they say is to “challenge the government’s failure to ensure compliance with constitutional requirements, federal law, and ICE’s own policies regarding access to counsel.”

“Access to counsel can be a matter of life or death for immigrants detained by ICE,” ACLU attorney Eunice Cho said in the press release. “It’s past time ICE followed the law and their own policies.”

The 80-page lawsuit begins with a lengthy explanation of the immigration system as experienced by people in immigration detention centers – and the necessity of legal representation.

The filing paints a Kafkaesque picture:

From the moment people are brought to an ICE detention facility, their futures depend on successfully deciphering labyrinthine immigration laws and regulations, as well as other laws, policies, and procedures that affect their rights and obligations. Navigating the immigration system and asserting one’s civil rights while in ICE detention are extraordinarily difficult. Immigration law is notoriously complex, and in most instances the burden is on detained immigrants to prove that they are entitled to release from custody or to obtain other relief related to their detention. In addition, immigration proceedings, including bond and custody hearings, are generally conducted through an adversarial process between the detained person and DHS attorneys, who are trained in substantive immigration law.

The lawsuit goes on to offer a crash course on various proceedings and hearings immigrants are subject to when in DHS custody – again reiterating that an immigrant almost certainly needs a lawyer to come out of such opaque tribunals successfully.

But, the lawsuit claims, that’s not being allowed to happen by government agents in at least four detention facilities.

“Defendants, through their actions and inactions, have unlawfully prevented reliable, confidential attorney-client communication that is necessary for effective legal representation,” the lawsuit alleges. “Defendants prevent attorneys from being able to reliably and confidentially communicate with Detained Clients, both in person and via remote means (e.g., by telephone and videoconference), and in some instances prevent them from being able to communicate with Detained Clients at all.”

The filing details those allegations at length [emphasis in original]:

There is often no viable in-person visitation option for attorney-client communication because Defendants fail to provide sufficient meeting spaces, or sometimes any spaces, in which Detained Clients can communicate confidentially with their attorneys. Defendants restrict attorneys from scheduling calls with or leaving confidential messages for Detained Clients. In addition, Defendants fail to ensure the availability of free, confidential outgoing phone calls from detention facilities to attorneys. Defendants also deny access to confidential and quality videoconferencing technology for legal visits and fail to provide a timely and reliable method of exchanging legal documents. Moreover, Defendants deny lawyers the ability to use the tools of their trade, namely laptop computers, printers, and cellular telephones, to draft and edit legal documents while they are visiting Detained Clients. Defendants also prevent communication between Detained Clients and legal assistants, interpreters, notaries, medical experts, social workers, and others who have direct functional responsibility for preparation of the client’s case.  Underscoring the severity of these access limitations, many are more restrictive than those for people in criminal custody, even though Detained Clients are being held in civil detention.

The lawsuit goes on to say the “totality of the access-to-counsel failures” at the four detention facilities “amounts to a clear violation” of both the attorneys’ and immigrants’ “constitutional and legal rights.”

At three of those facilities, the lawsuit alleges, ICE prohibits “interpreters from participating confidentially in attorney-client meetings” via phone and blocks attorneys from bringing their “cellphones into their visits with clients.”

The lawsuit also says that ICE pus innumerable obstacles in place, particularly on confidential attorney-client meetings, that result in “tremendous inefficiencies and delays in communication.”

In one example, the filing recounts “a female client who had chronic sinusitis and suffered from painful cysts that worsened because ICE had taken away the client’s birth control medication.” This immigrant was a client of Refugee and Immigrant Center for Education and Legal Services, or RAICES. The lawsuit says she was in “unnecessarily prolonged” detention because of delays in scheduling calls that exacerbated her physical condition. That condition, the lawsuit notes, “ultimately formed the basis of a request for release from detention.”

“The focus of immigrant detention by ICE has never been the protection of the rights of the migrants and asylum seekers detained therein,” RAICES Director of Pre-removal Services Javier Hidalgo said in a separate press release. “There is very little interest in accountability, due process, and frankly, in treating migrants as humans. Rooted in the same racism and xenophobia as this nation’s immigration policy, immigrant detention seeks to deter, punish, and criminalize the very legal act of seeking asylum. The current administration continues the pattern of presenting migrants with hurdles and barriers to seeking asylum.”