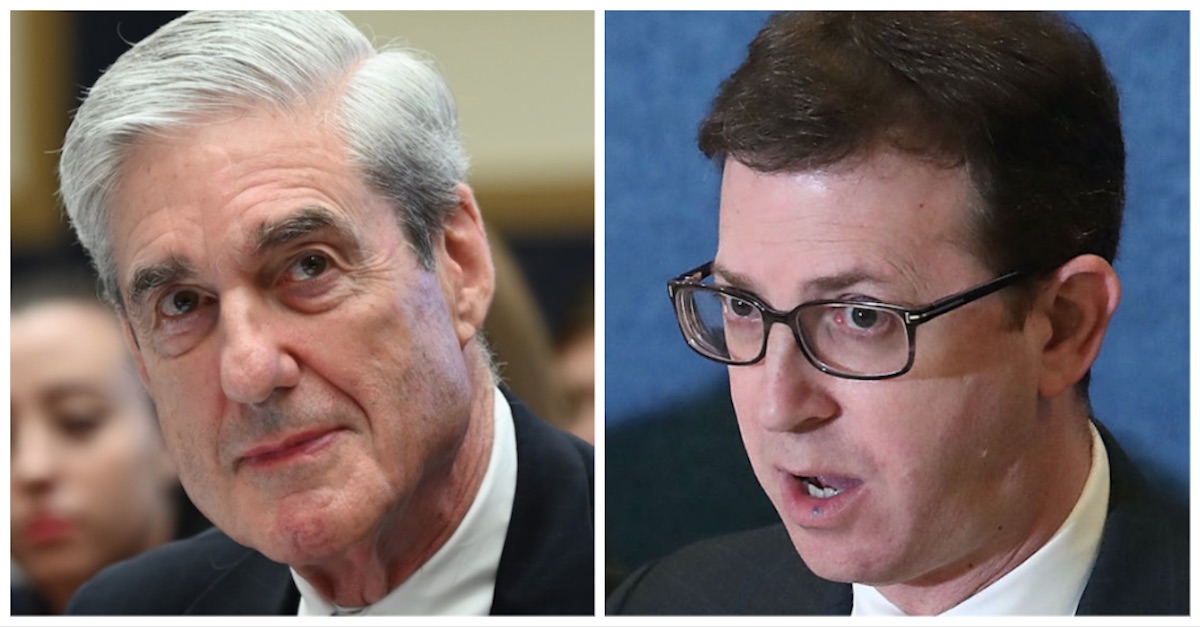 A national security lawyer who worked on the Ukraine whistleblower’s legal team is calling for former Special Counsel Robert Mueller to speak out after the Department of Justice controversially moved on Thursday to dismiss the criminal case Mueller’s office brought against former Trump national security advisor Michael Flynn.

Mark Zaid first made the comments Friday on Twitter, saying that it’s important for democracy and the rule of law that Mueller defends his investigation publicly as Attorney General William Barr seeks to undo that investigation on behalf of President Donald Trump and his associates.

It's time former Special Counsel #BobMueller speaks out publicly and defends himself & the #RuleOfLaw. The silence isn't helping protect our democracy.

Law&Crime asked Zaid what it is that he thinks Mueller should say and why he thinks it’s important.

“Other than a very bland, highly generalized congressional appearance, former Special Counsel Mueller has remained silent. He stayed silent during impeachment when all his work and conclusions were challenged,” Zaid said in an email. “He stayed silent during Roger Stone’s proceedings while his former line prosecutors quit DOJ or resigned from the case in protest. Now DOJ at the highest levels has directly attacked his findings, motives and judgment.”

“Our country is cracking at the seams as our fundamental institutions are being undermined from within,” Zaid added. “The ideological extremists are now successfully portraying themselves as the Rule of Law advocates at the expense of those who once were viewed by both sides as having integrity beyond reproach.”

“It’s not just that Bob Mueller should speak out, it’s how can he not speak out,” he said.

Mueller has remained completely silent on his Russia investigation with the exception of court filings, a press conference, and a congressional hearing. He only answered questions that related to the findings of his publicly disclosed report.

There’s little reason to think that will suddenly change, but Zaid suggests Mueller could speak out if he wanted to. He noted that there are certain things criminal statutes prevent Mueller from speaking on, like grand jury materials and classified information. But what about Mueller commenting on matters like the Department of Justice’s motion to dismiss the Flynn case? What about the mass resignations of former Mueller prosecutors on the Stone case? What about the president’s rhetoric about “dirty cops” at the Federal Bureau of Investigation—an institution Mueller used to lead?

The Special Counsel Regulations say that the “Attorney General may determine that public release of these reports”—namely, the report Mueller initially submitted confidentially—”would be in the public interest, to the extent that release would comply with applicable legal restrictions.”

What about “other releases of information”?

“All other releases of information by any Department of Justice employee, including the Special Counsel and staff, concerning matters handled by Special Counsels shall be governed by the generally applicable Departmental guidelines concerning public comment with respect to any criminal investigation, and relevant law,” 28 CFR § 600.9(c) says.

Zaid suggests that Mueller staying silent on these issues would be more damaging than a violation of DOJ policy.

“But other policies are just that–policies. Even if discussing is against policy, if there are no criminal penalties involved the harm in staying silent is far greater than the damage, if any, that would be caused in violating nothing more than an institutional norm,” he said.

The Flynn matter–the ball in this scenario–is officially in the court of U.S. District Judge Emmet Sullivan. Everyone is watching and waiting to see how Sullivan will react to the DOJ moving to dismiss a case after the defendant pleaded guilty. Flynn said in open court that he wasn’t going to challenge the circumstances of the fateful FBI interview that led to the charges—even as Sullivan himself expressed concern about said circumstances.

“When the defendant said he did not remember something they knew he said, they used the exact words the defendant had used in order to prompt a truthful response,” the filing continued. “But the defendant never corrected his false statements. The interview was voluntary, and lacked any indicia of coercion.”

Indeed, there was also a time when Sullivan wondered aloud if prosecutors in Mueller’s office considered charging Flynn for treason. Sullivan quickly apologized for that, but still let Flynn have it.

In the end, Sullivan said that Flynn’s crime was a “very serious one,” and slammed him for “selling out” America.

“I’m not hiding my disgust, my disdain, for this criminal offense,” Sullivan added.

Judge Sullivan ultimately accepted Flynn’s guilty plea and both parties were in agreement on no jail time. That was largely because the Special Counsel’s Office viewed Flynn’s cooperation as valuable. A lot has changed since then. The DOJ, which appointed Mueller but which is now led by Barr, asked Sullivan on Thursday to dismiss the case with prejudice, so that it can never be filed again.

Zaid noted separately that one shouldn’t pretend to be sure about how Sullivan will rule.

Keep this in mind. No one should ever try to predict what Judge Sullivan will do or how he will react. I have appeared before him countless times over 25 years in cases against USGOVT. He is a very balanced jurist but you predict his reactions at your own peril. https://t.co/846xnNpnPm

“No one should ever try to predict what Judge Sullivan will do or how he will react,” he said. “I have appeared before him countless times over 25 years in cases against USGOVT. He is a very balanced jurist but you predict his reactions at your own peril.”

It’s worth noting that Sullivan is on record in another context expressing deep concern about Brady violations—the very misconduct Flynn’s new legal team eventually accused the FBI of committing:

Judge Sullivan, who presided over the trial of former U.S. Senator Ted Stevens—which was marred by prosecutorial misconduct—is one of the prominent judges that has long issued his own individual Brady orders. But soon, as of January 2018, under the new order, all criminal court judges in New York will be mandated to do so.

As Sullivan explains in his op-ed, the purpose of the judge-issued Brady orders is, ultimately, to educate prosecutors on their legal and ethical obligations, to prevent wrongful convictions throughout the state and to provide a mechanism for sanctioning the small minority of prosecutors who deliberately conceal favorable evidence.

It’s also worth noting that we know how Sullivan handled the Ted Stevens case:

A wise source pointed out to me today that although Judge Sullivan is in a rare situation, he has been in a similar one before. He appointed a special counsel when the prosecution was flawed in the Ted Stevens case. He has the ability to do so again here.