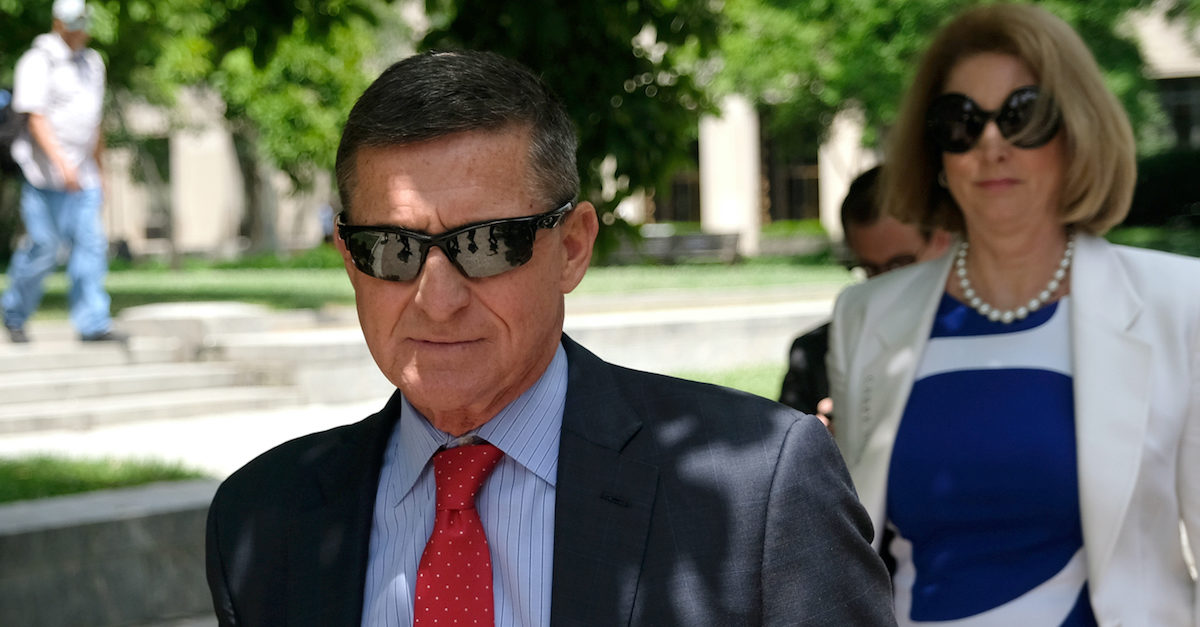 Attorneys for former Trump National Security Advisor Michael Flynn accused prosecutors of engaging in “egregious government misconduct” in a court filing Monday, stating their intention to request the dismissal of charges against their client.

Sidney Powell, Flynn’s lead defense attorney, has been persistently asserting that the criminal charges against Flynn were entirely predicated on a government conspiracy aimed at intentionally destroying his once sterling career.

Powell buttressed her conspiracy theory on publicly released text messages between former FBI special agent Peter Strzok and former FBI attorney Lisa Page, which she claims prove Flynn was unlawfully targeted by the government “as early as summer 2016” without a legitimate basis. Prosecutors blasted this as untethered to fact and law last Friday.

Powell specifically cited a January text in which Strzok said the public release of the Steele dossier could be used as a “pretext” to interview some people. Powell then claimed that former deputy director Andrew McCabe “as much as admitted the FBI’s intent to set up Mr. Flynn on a criminal false statement charge,” citing what McCabe told the House Intelligence Committee in December 2017.

“[T]he conundrum that we faced on their return from the interview is that although [the agents] didn’t detect deception in the statements that he made in the interview…the statements were inconsistent with our understanding of the conversation that he had actually had with [Ambassador Sergey Kislyak],” McCabe told the Committee. “[T]he two people who interviewed [Flynn] didn’t think he was lying, [which] was not [a] great beginning of a false statement case.”

According to Powell, McCabe’s mention of a “conundrum” somehow proves that the FBI intended all along to create a false statement case out of thin air against Flynn.

But Powell fails to contextualize that McCabe’s testimony came nearly a month after Flynn had already pleaded guilty to lying to the FBI. McCabe was answering direct questions about the investigation into Flynn, which concluded with the defendant admitting to the crimes he was suspected of committing. Powell does not explain why the agents who initially interviewed Flynn should not have continued to investigate his claims simply because they did not immediately think he was lying, or why the investigation’s poor start would affect its ultimate outcome.

The filing also claimed that Flynn is entitled to more discovery material that the government is intentionally withholding before making his official request for the court to dismiss the charges.

“Mr. Flynn is entitled to discovery of the materials he has requested in these motions and briefs that will help him support such a motion,” Powell wrote. “In conclusion, yes, the government engaged in conduct so shocking to the conscience and so inimical to our system of justice that it requires the dismissal of the charges for outrageous government conduct.”