Whistleblower’s Lawyer Responds to Firestorm Over Past ‘Coup Has Started,’ ‘We Will Get Rid of Him’ Tweets 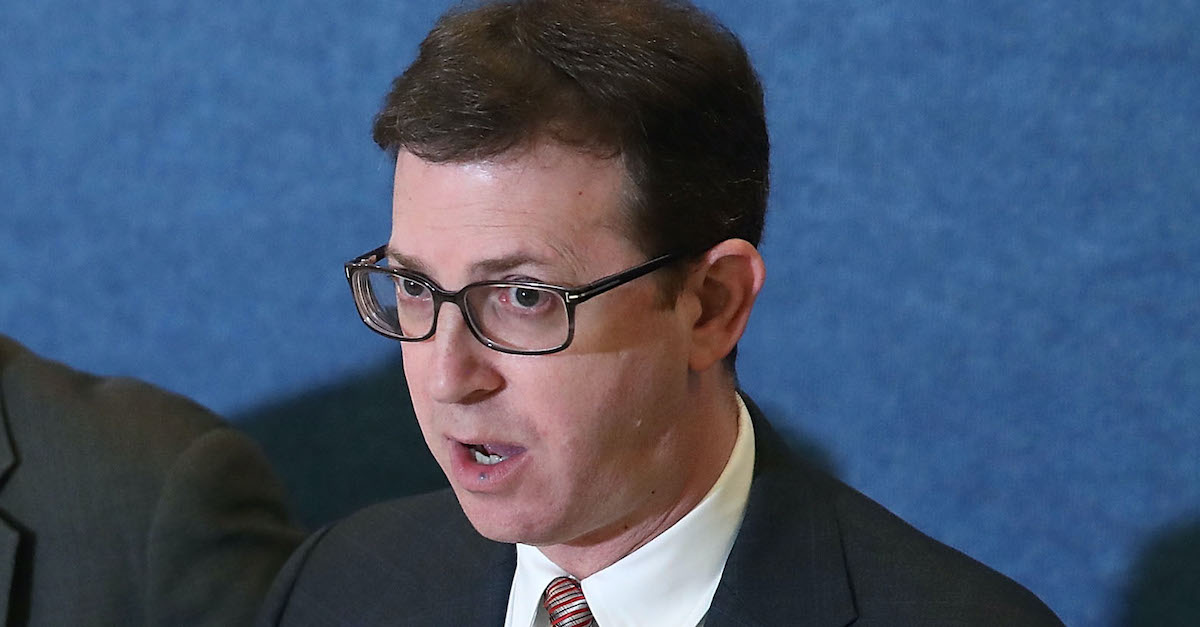 Conservative media outlets, campaign employees and supporters of President Donald Trump, many of whom have attempted to out the Ukraine whistleblower, called attention on Wednesday to past tweets by one of the whistleblower’s attorneys. Mark Zaid, whose tweets are being cited as proof that he is in on an anti-Trump coup to take down the president, has responded to the firestorm.

Two tweets in particular have been receiving widespread attention on social media. For example:

You can't make this…up!@MarkSZaidEsq, the attorney for '#Ukraine call' #whistleblower, has called for a #Coup against #Trump just days after @POTUS inauguration in Jan 2017.

Mark S. Zaid, the attorney representing the so-called “whistleblower” in the impeachment inquiry against President Donald Trump, tweeted in 2017 that the “coup has started,” adding that “impeachment will follow ultimately.” https://t.co/hkvcqLqgf9

Both the anti-Trump whistleblower and his anti-Trump lawyer seem to be fact witnesses in what the attorney himself called a "coup" against the president. Both should testify before Congress, under oath and in public. https://t.co/z3QEeCsdxC

Lawyer for the anti-Trump whistleblower: “we will get rid of” Trump pic.twitter.com/ZAU7aCeDfO

The first tweet, which dates back to January, 30, 2017, shows Zaid quote-tweeting a tweet from CNN anchor Jake Tapper about President Trump’s firing of then-acting U.S. Attorney General Sally Yates because she refused to defend the Trump travel ban often referred to as the “Muslim ban.”

“#coup has started. First of many steps. #rebellion. #impeachment will follow ultimately,” Zaid tweeted in response.

“In the time since that tweet was posted, which was referring to lawyers serving as the force of good to prevent this president from doing harm to our democracy, I’ve probably represented more Republicans, including White House officials, than Democrats,” Zaid said. “This is nothing more than the continuing partisan deflection to desperately avoid discussing the substance of my client’s whistleblower complaint.”

The second tweet was posted on July 1, 2017. The back-and-forth began with Zaid saying that, since January 20, 2017 (the Trump Inauguration), he “would much rather be in Canada.”

Mark are we really going to be able to get him out? He is dismantling our government department by department. It is really scary.

“Mark are we really going to be able to get him out? He is dismantling our government department by department. It is really scary,” a Twitter user responded.

It's very scary. We will get rid of him, and this country is strong enough to survive even him and his supporters. We have to.

Zaid answered, “It’s very scary. We will get rid of him, and this country is strong enough to survive even him and his supporters. We have to.”

Law&Crime also asked Zaid to clarify what he meant by the “we will get rid of him” tweet.

“I referred to any lawful methods that exist, whether impeachment, if justified, or voting him out. My views are in sync with the majority of the country,” he said. “In fact, there are tweets I made that speak out against impeachment.”