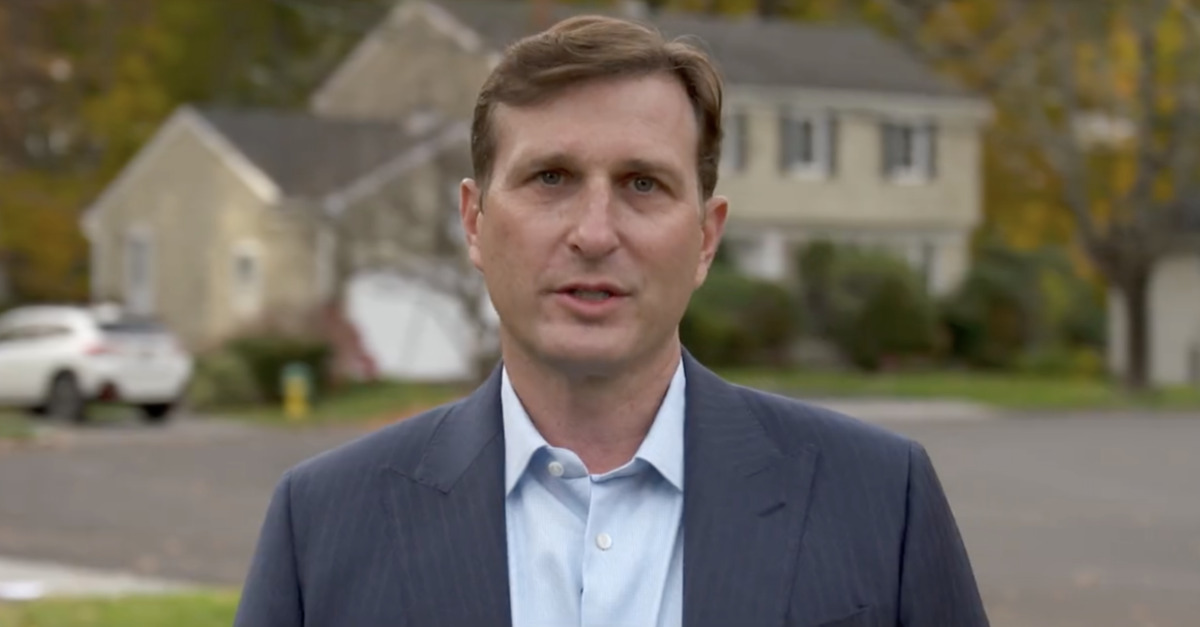 Daniel Goldman, a former federal prosecutor and MSNBC legal analyst who served as chief counsel for House Democrats during the first impeachment of then-president Donald Trump, is now running to become the next attorney general of New York State.

“When I was sworn in to lead the first impeachment investigation of Donald J. Trump, my job was to uphold the fundamental principle of our justice system,” a campaign announcement video shared on his Twitter feed Tuesday begins. “That in the United States of America, no person, no matter how wealthy or powerful, is above the law.”

Addressing the camera directly in the introductory clip, the candidate says he is running to be the Empire State’s top law enforcement official in order “to fight for one standard of justice for all.”

On his campaign website, Goldman vows not to take “a dime from corporate PACs” and says he is relying on “grassroots support” in order to win, utilizing the language of progressive populism.

The campaign website is currently lacking a policy section but leans heavily into the concept that the promise of the rule of law is not kept in the United States in terms of its actual application in practice.

“As our Attorney General, Dan won’t back down from anyone — whether it’s a corrupt politician in Albany or a billionaire CEO on Wall Street — and he will always fight for our values, for our Constitution, for truth and justice, and for everyone who calls New York State home,” the splash page says–echoing language from the campaign video about how “Wall Street has played by a different set of rules.”

Goldman’s campaign, however, is likely to meet some resistance from previously announced candidate and Fordham Law Professor Zephyr Teachout, a nationally renowned antitrust crusader, constitutional law, and corruption expert who, most recently, ran unsuccessfully for the same position in 2018. During that race, Teachout lost the Democratic Party primary to current New York Attorney General Letitia James, who is not running for re-election and is instead running for governor.

Attempting to wrest the left-wing mantle from Teachout may prove to be no small feat. Teachout officially announced her bid on Monday with some 30 endorsements from across New York as well as a Who’s Who list of progressive figures from across the country, including Minnesota Attorney General Keith Ellison (DFL), Harvard Law Professor Lawrence Lessig, and famed environmental activist Bill McKibben.

Goldman led the questioning of senior White House and U.S. Department of State officials during the House’s inquiry into the Ukraine affair, which was infamously sparked by the so-called “perfect” phone call in which Trump was found to have pressured the then-president of Ukraine into digging up dirt on the family of then-candidate Joe Biden. Trump was impeached in the House but acquitted in the Senate.

Prior to that effort, Goldman was a legal analyst for NBC for roughly two years. He eventually joined up with Rep. Adam Schiff (D-Calif.) as general counsel for the House Select Committee on Intelligence in 2019. Well before that, Goldman served as an assistant U.S. attorney under the command of Preet Bharara in the prestigious Southern District of New York from 2007-2017.

Some of the Russia-focused scandals of the previous presidential administration may come up again during the Goldman campaign, however, including his commentary on the Steele dossier, a largely discredited opposition research report that alleged several since-refuted ideas about Trump.

What lying? Nothing in the dossier has proved to be false (including your pee tape). But we can agree that we all look forward to the facts coming out. Everything that has come out so far has shown you to be an out and out liar (eg Cohen tape, purpose of June 9 meeting, etc). https://t.co/or1ZQbCmy0

As recently as 12 days ago, an indictment in the John Durham investigation of the Russia investigation cast further doubt on the 45th president’s purported predilection for water sports sex.

It is unclear, however, whether or how much Goldman’s takes on Russiagate will be a factor in the Democratic Primary.

Goldman also his bid during a Tuesday morning episode of MSNBC’s Morning Joe.

[image via Goldman for AG/screengrab]