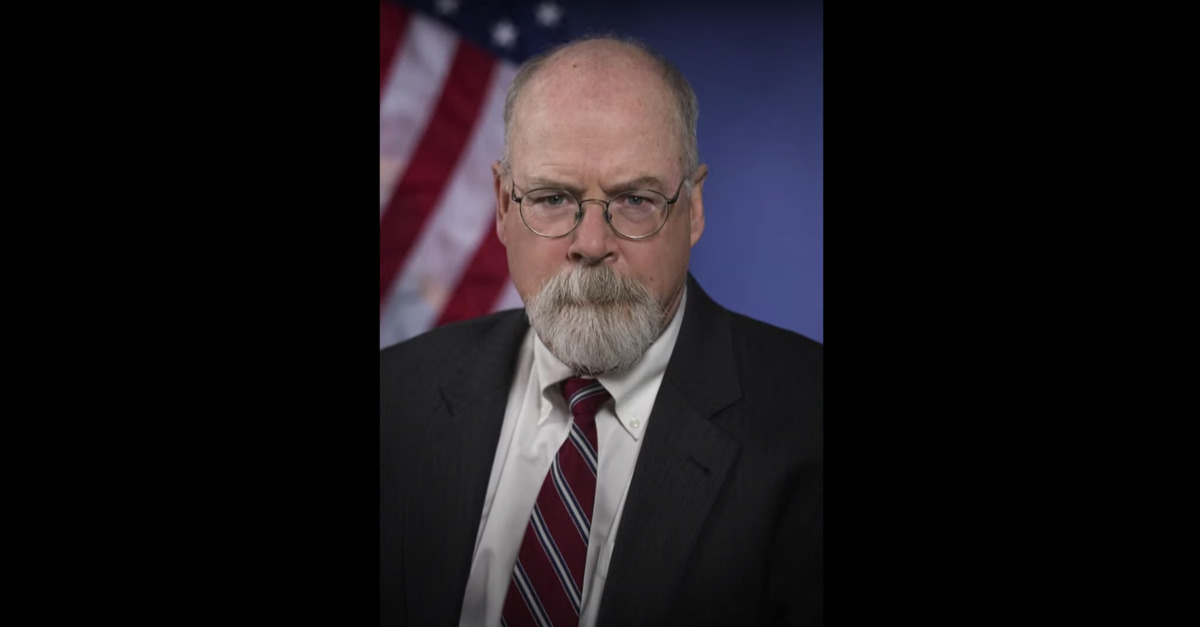 Igor Danchenko, an analyst who worked on the so-called Steele dossier that alleged a multifaceted conspiracy between the Russian government and Donald Trump’s 2016 presidential campaign, lied to FBI agents multiple times during a series of interviews in 2017, according to an indictment unsealed Thursday.

Investigators say that Danchenko lied multiple times about where he got the information that he provided to former British intelligence agent Christopher Steele. Research for the now-infamous Steele dossier was funded in part by Hillary Clinton‘s 2016 presidential campaign and the Democratic National Committee. The conservative Free Beacon funded the firm behind the document: Fusion GPS.

Many claims in the dossier (“Company Report(s)”) have been discredited, and the indictment casts further doubt on the “pee tape” narrative.

“For example, an allegation in a Company Report dated June 20, 2016 indicated that Trump had previously engaged in salacious sexual activity while a guest at the Moscow Hotel,” the indictment notes, before splashing cold water on the claim.

According to a PR executive and an organizer quoted in the indictment, “the staff member did not mention any sexual or salacious activity,” Durham says.

Danchenko’s false statements had a wide-reaching impact, according to the indictment.

“[T]he FBI’s investigation of the Trump Campaign relied in large part on the Company Reports to obtain FISA warrants on Advisor-1,” the indictment says, laying out the material impact of Danchenko’s alleged lies. “[T]he FBI ultimately devoted substantial resources attempting to investigate and corroborate the allegations contained in the Company Reports, including the reliability of Danchenko’s sub-sources; [and] the Company Reports, as well as information collected for the Reports by Danchenko, played a role in the FBI’s investigative decisions and in sworn representations that the FBI made to the Foreign Intelligence Surveillance Court throughout the relevant time period.”

The first count has to do with Danchenko’s claim that he didn’t talk to a person identified only as “PR Executive-1” in the indictment.

PR Executive-1, according to the indictment and later confirmed as Charles Dolan, is “a long-time participant in Democratic Party politics [who] was then an executive at a U.S. public relations firm.” He had extensive experience with clients in Russia, including the Russian Federation, and was an active campaign volunteer for Hillary Clinton’s 2016 presidential campaign. The executive had brought Danchenko on to help organize an October 2016 conference in Moscow.

According to federal investigators, Danchenko lied about ever having spoken to PR Executive-1 about allegations in the dossier.

The indictment includes the following exchange between Danchenko and agents:

DANCHENKO: Yeah. Yeah he likes Russia. I don’t think he is, uh, – would be any way be involved. But—but—uh—b—but he’s uh [UI] what I would think would be easily played. Maybe. Uh, he’s a bit naive in his, um liking of Russia.

FBI AGENT-1: Okay, so you’ve had … was there any … but you had never talked to [PR Executive-1] about anything that showed up in the dossier [Company Reports] right?

DANCHENKO: No. We talked about, you know, related issues perhaps but no, no, no, nothing specific.

These statements, the indictment says, are “knowingly and intentionally false.”

According to the indictment, PR Executive-1 told Danchenko that he had inside information about the August 2016 resignation of Trump’s campaign manager, identified in the indictment as Campaign Manager-1.

Specifically, the executive told Danchenko that he hat met with a “GOP friend” who told him that a campaign staff member who “hates” the campaign manager “played a role” in getting them off the campaign, and “is said to be doing a happy dance over it.”

However, this executive later acknowledged to the FBI that he never met with a “GOP friend,” and that he only got his information from public news sources.

By lying to the FBI about getting information from PR Executive-1, the indictment says, Danchenko “deprived FBI agents and analysts of probative information concerning PR Executive-1 that would have, among other things, assisted them in evaluating the credibility, reliability, and veracity of the Company Reports, including Danchenko’s sub-sources.”

The remaining four counts are based on Danchenko’s statements claiming that he had a phone conversation with someone identified only as Chamber President-1, who told Danchenko about a “conspiracy of cooperation” between the Trump campaign and Russia.

The indictment describes Chamber President-1 as someone who Danchenko believed was the then-president of the Russian-American Chamber of Commerce. Media reports have identified Sergei Millian as the president of that organization at that time, and as the (possibly unwitting) source of the most salacious claim to come out of the Steele report.

Over the course of several interviews from January 2017 to November 2017, Danchenko allegedly lied to investigators about receiving an anonymous phone call in the summer of 2016 from “an anonymous Russian male who did not identify himself,” but who Danchenko claimed to believe was Chamber President-1.

“Danchenko also falsely stated that, during this phone call, (i) the person he believed to be Chamber President-1 informed him, in part, about information that the Company Reports later described as demonstrating a well-developed ‘conspiracy of cooperation’ between the Trump Campaign and Russian officials, and (ii) Danchenko and the aforementioned person agreed to meet in New York.”

Danchenko, in fact, never received such a phone call, the indictment says. He never received information about a “conspiracy of cooperation,” and he never made any arrangements to meet Chamber President-1 in New York.

Instead, according to the indictment, Danchenko’s own messages to Chamber President-1 reveal that he had not met him in New York, and in fact, had likely not heard from him at all.

That second email came two weeks after Danchenko told authorities he got the anonymous call from the person he thought was Chamber President-1.

In another email, this time to a Russian journalist, Danchenko allegedly acknowledged openly that Chamber President-1 had not responded to his requests:

[Russian Joumalist-1] recommended that I get in touch with
[Chamber President-1]. I’ve read your interviews with him. But
for some reason [Chamber President-l] doesn’t respond. I
already both asked him about TRUMP (capitalization in original)
and also proposed a project in Russia. What is your relationship
with him like? Would you be able to ask him to reply to me? I
could call or write on Linkedin, but until he responds I would
not like to pester him.

In addition, according to the indictment, Chamber President-l “has claimed in public statements and on social media that he never responded to Danchenko’s emails, and that he and Danchenko never met or communicated.”

The information attributed Chamber President-1 that Danchenko provided, despite not having met with him, played a crucial role in what would become the investigation into the Trump campaign’s alleged collusion with Russian officials in the 2016 presidential election, the indictment says.

“[T]he allegations sourced to Chamber President-1 by Danchenko formed the basis of a Company Report that, in turn, underpinned the aforementioned four FIS A applications targeting a U.S. citizen (Advisor-1),” the indictment said. “Indeed, the allegations sourced to Chamber President-1 played a key role in the FBI’s investigative decisions and in sworn representations that the FBI made to the Foreign Intelligence Surveillance Court throughout the relevant time period.”

According to the indictment, Danchenko repeated these false statements, at times with some slight variations.

Danchenko is the third person to be charged in the controversial investigation into the origins of the Russiagate inquiry that dogged most of the administration of then-President Trump. The two others charged were: Michael Sussmann, a high-profile cybersecurity lawyer and Perkins Coie partner who previously worked for the Clinton campaign; and former FBI lawyer Kevin Clinesmith, who went on to admit that he altered an email which was used in a FISA warrant application to surveil then-Trump Campaign Foreign Policy Adviser Carter Page.

Clinesmith served no prison time. The case against Sussmann is pending.

Prosecutors did not request that Danchenko be detained, according to a Politico report. U.S. Magistrate Judge ordered him to be released on a $100,000 unsecured bond.

You can read the indictment, below.

[Image via U.S. Department of Justice.]