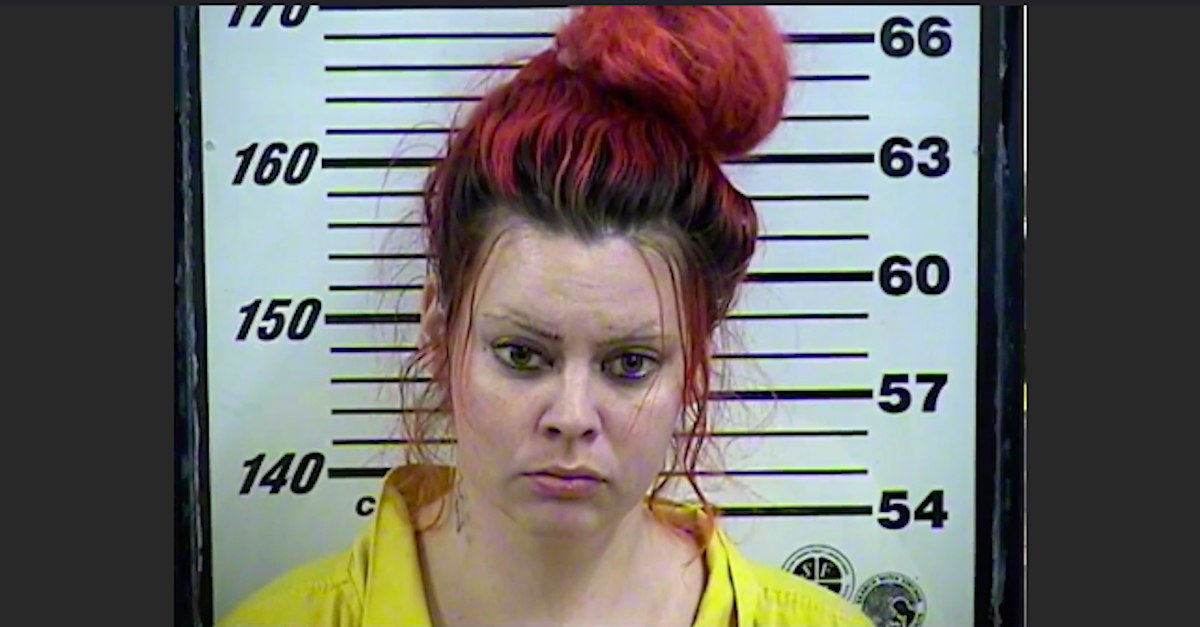 Earlier this month, a New Mexico mother called police in crisis. She reported feeling “overwhelmed” by parenthood and believed she was a danger to her children’s safety, but she only briefly lost custody before the kids were returned to her care, authorities say.

The Valencia County Sheriff’s Office said Milton called the emergency dispatch center a little after 8 a.m. on Nov. 15 and reported “the unattended death of an infant” in her home, reportedly telling the dispatcher the child was “cold to the touch.” The sheriff’s office dispatched deputies to the residence located in the 10 block of Clearview Drive in El Cerro Mission. Upon arriving at the scene, first-responders said they found an unresponsive 1-month-old baby boy who appeared to have suffered blunt force trauma. The Valencia County Medical Examiner was contacted and the newborn was pronounced dead on the scene, the sheriff said. The Office of the Medical Examiner is scheduled to perform an autopsy to determine the child’s cause of death.

The sheriff’s office said deputies found a 4-year-old boy in the home. Deputies then contacted the New Mexico Children Youth and Families Department (CYFD) for assistance and the child was transported to The University of New Mexico Hospital in Albuquerque where doctors performed a precautionary evaluation. Following his release from UNM-H, the boy was placed in the custody of CYFD on a 48-hour temporary hold.

Investigators contacted the children’s father, whom police said was out of the state on a business trip and immediately returned home.

In a disturbing revelation, Valencia County Sheriff Denise Vigil said that deputies had previously been called to Milton’s home twice since the baby was born. During the most recent call, which occurred approximately a week prior to the baby’s death, Milton reportedly told deputies that she need help and was worried she might harm her children.

“She basically said she felt overwhelmed and did not want to hurt her children,” Sheriff Vigil said. “Deputies performed a mental health check and when they arrived, they did contact CYFD.”

The sheriff said Milton was taken to a mental health specialist at UNM-H for an evaluation. According to the sheriff’s office, “the father was deemed a safe person to be with the children and the mother by CYFD.” The children were then placed in the father’s custody. But according to a report from Albuquerque Fox/CBS affiliate KRQE, “at some point during the last week, the children were given back to Milton.”

Vigil said he did not know how Milton came to get the kids back, telling the station that, “When it comes to children, that falls on the CYFD, it’s determination and recommendation.”

“We did the things we were supposed to do and CYFD did not keep us informed of their plan with the family,” Vigil said of the incident that happened the week before the child’s death. “Unfortunately, we’re here today with this result and having to figure out the in-betweens.”

Milton was charged with one count of open murder.

CYFD did not immediately respond to an email from Law&Crime inquiring as to how the children were in Milton’s care so soon after she warned that she may harm the kids.