Woman Posted on Facebook That Her Son ‘Sat in Pelosi’s Chair’ During Capitol Siege: Affidavit 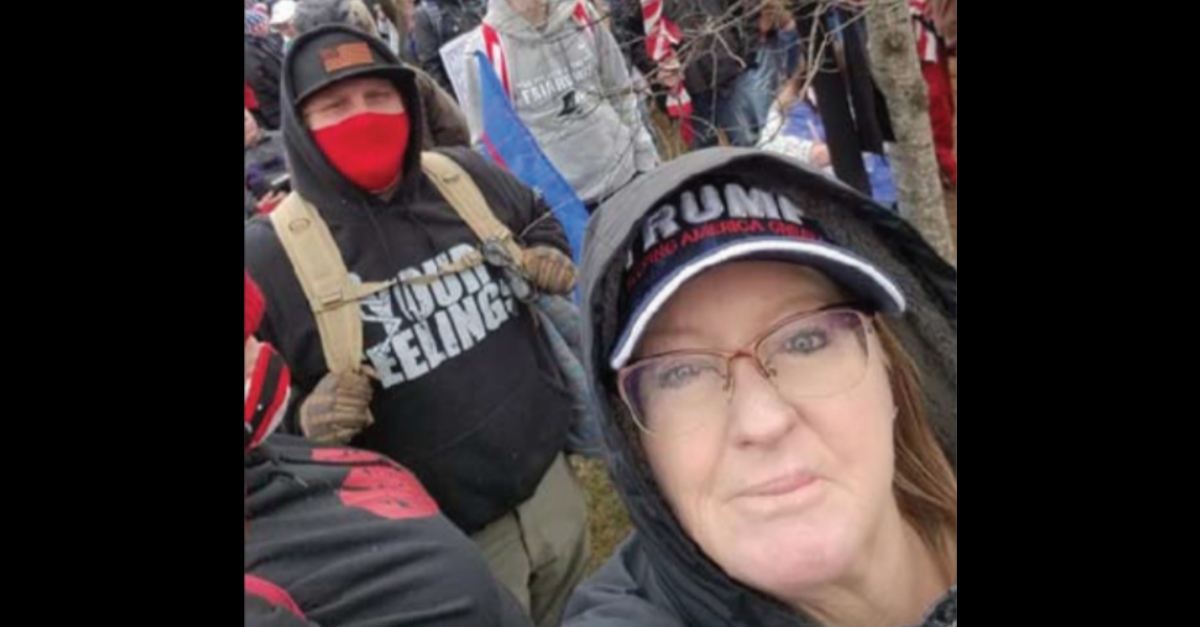 Man via Russell James Peterson at left, with woman identified as his mother.

A man was arrested in Pennsylvania on Friday for being in the Capitol Building during the January 6 siege, according to the Department of Justice. He is Russell James Peterson.

According to the affidavit, closed-circuit television spotted him within the Capitol Building’s Crypt and Crypt lobby.

Investigators obtained a federal search warrant on his Facebook account, and they claimed to discover he was livestreaming video from within the premises. 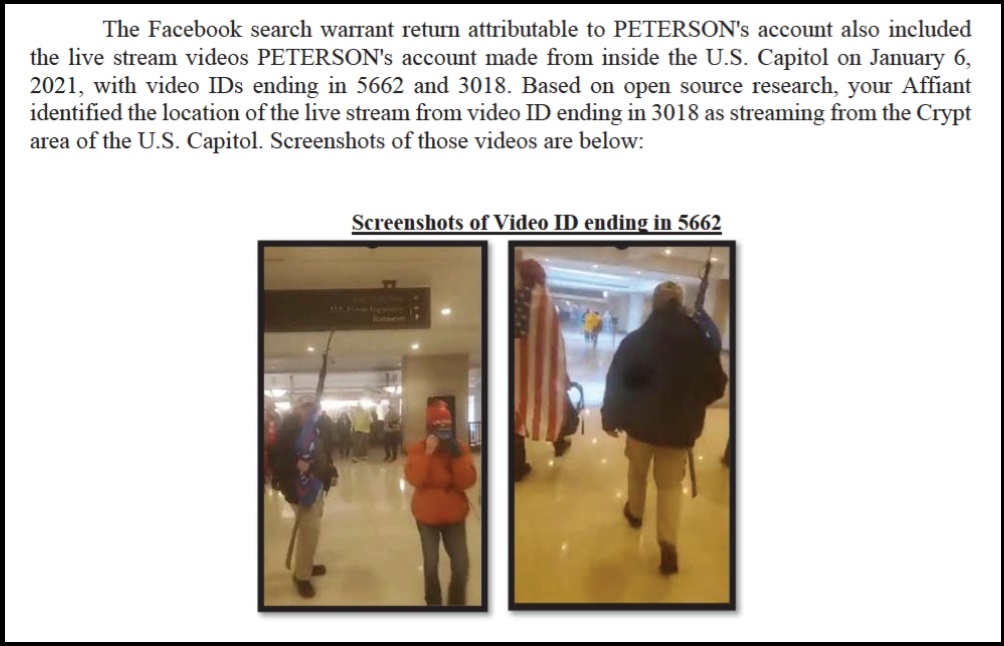 Supporters of then-President Donald Trump raided the Capitol Building that day after he continued to lie that he actually won the 2020 presidential election, and it was being stolen from him. They postponed but did not prevent Congress from counting votes weighing in favor of winner Joe Biden. Five people died amid the chaos: four Trump supporters, and one Capitol officer. Another Capitol officer, a D.C. Metro officer, and a siege defendant died by suicide mere days after the incident.

As described in court documents and interviews, a number of rioters made a show of going to an office of House Speaker Nancy Pelosi, stealing things that belonged to her, or otherwise making sinister statements about her. One member of the far-right Proud Boys was allegedly connected to a group that wanted to kill her.

Add Peterson to the list of people linked to Pelosi-related wrongdoing. According to the FBI, a tipster told them that the defendant’s mother had posted on Facebook that Peterson stormed the Capitol Building and “sat in Pelosi’s chair.”

Pictures cited by the FBI showed the defendant, his mother, and a woman with the same last name as them in what the tipster called the “protest area” outside in D.C. Authorities did not describe any evidence placing the women in the Capitol Building. No charges against them have been reported. 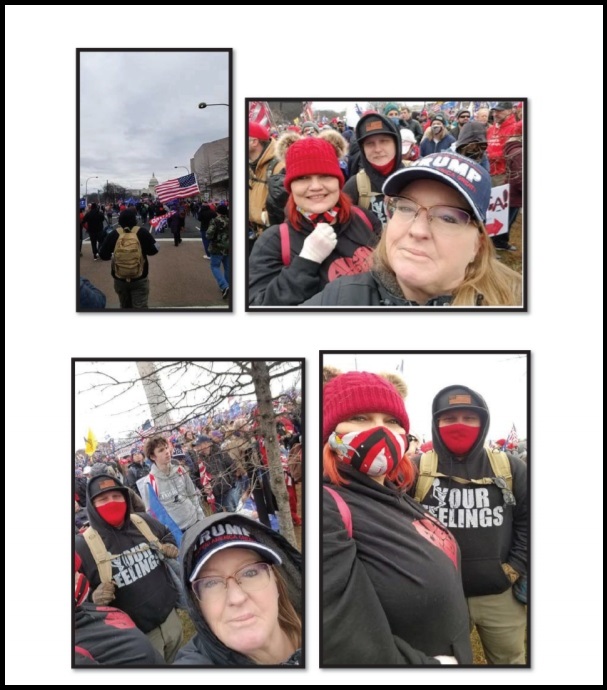 Man identified as Russell James Peterson wears a hat and hoodie, and usually a red face mask in the pictures.