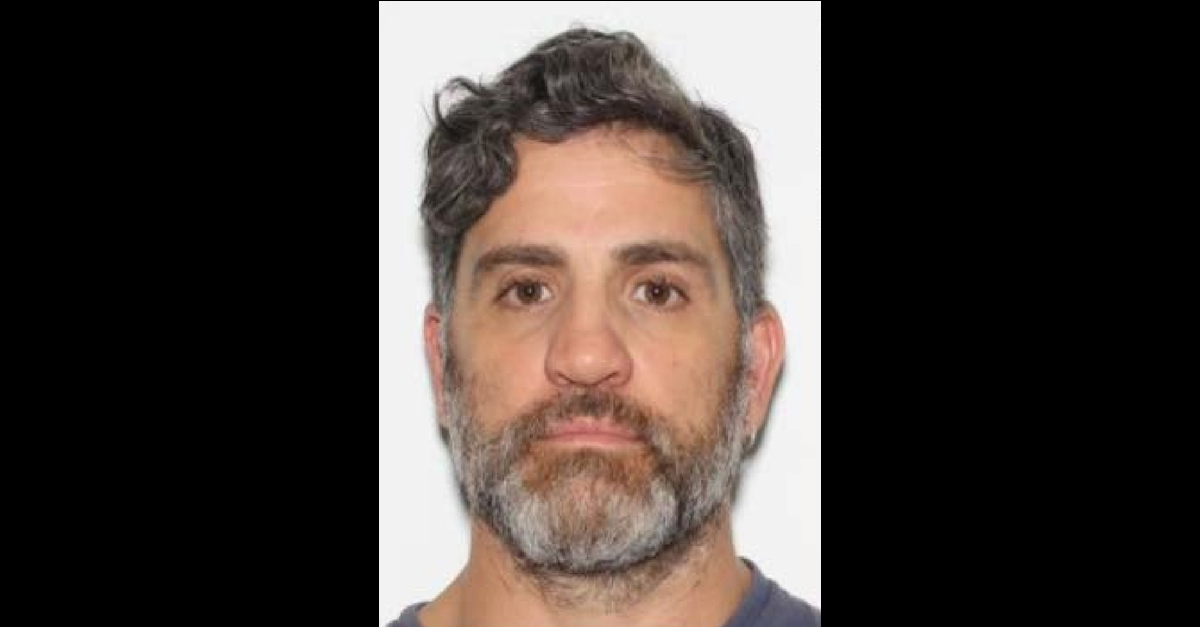 The Department of Justice says a self-described “Proud Boy” has been arrested and charged for his participation in the D.C. insurrection. The charges are based in part on a Federal Bureau of Investigation account which says Dominic “Spaz” Pezzola of Rochester, N.Y., was part of a group that wanted to kill House Speaker Nancy Pelosi and Vice President Mike Pence. The group wished to return to D.C. on Inauguration Day to kill every “m-fer” they could, court papers say.

This is another video of this man — apparently filmed using Telegram’s Telescope video message tool. This is in what appears to be the Capitol crypt and shows the man enjoying a “victory smoke” after breaching the building. pic.twitter.com/ACd8m9tfXw

From an FBI affidavit (emphasis ours, citations removed) which refers to a “Witness 1”:

W-1 said that “Spaz” [Pezzola] can be seen on the cover of many newspapers and recognizes him from those photographs. W-1 stated that other members of the group talked about things they had done during the day, and they said that anyone they got their hands on they would have killed, including Nancy Pelosi. W-1 further stated that members of this group, which included “Spaz,” said that they would have killed [Vice President] Mike Pence if given the chance. According to W-1, the group said it would be returning on the “20th,” which your affiant takes to mean the Presidential Inauguration scheduled for January 20, 2021, and that they plan to kill every single “m-fer” they can. W-1 stated the men said they all had firearms or access to firearms.

The FBI cited footage and pictures placing Pezzala at the Capitol. Supporters of President Donald Trump raided the building on January 6 as Congress was certifying electoral college results for President-Elect Joe Biden. 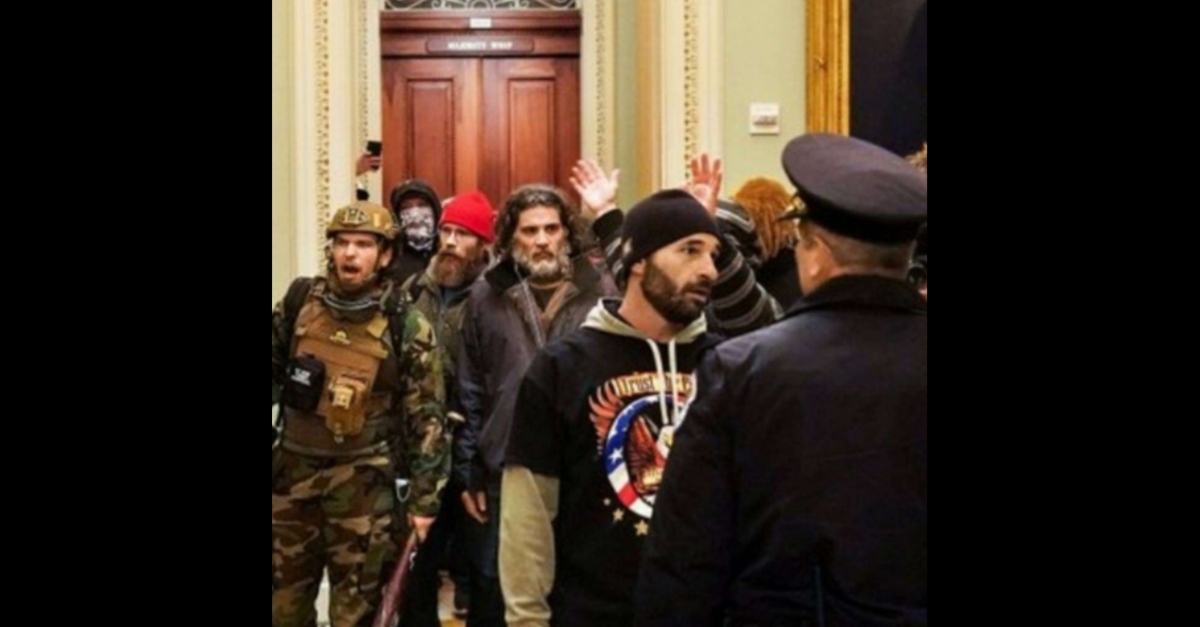 Video from the day showed a man smashing out one of the Capitol windows with a shield; authorities say that man is Pezzola.

In footage posted online, the individual bragged about his participation.

“Victory smoke in the Capitol, boys,” he said. “This is fucking awesome. I knew we could take this motherfucker if we just tried hard enough. Proud of your motherfucking boy.”

It is not surprising that Pelosi and Pence were mentioned in the affidavit. Other Trump supporters have been seen chanting “hang Mike Pence” in videos circulating online.

[Image via photo embedded in criminal affidavit/U.S. Dept. of Justice]