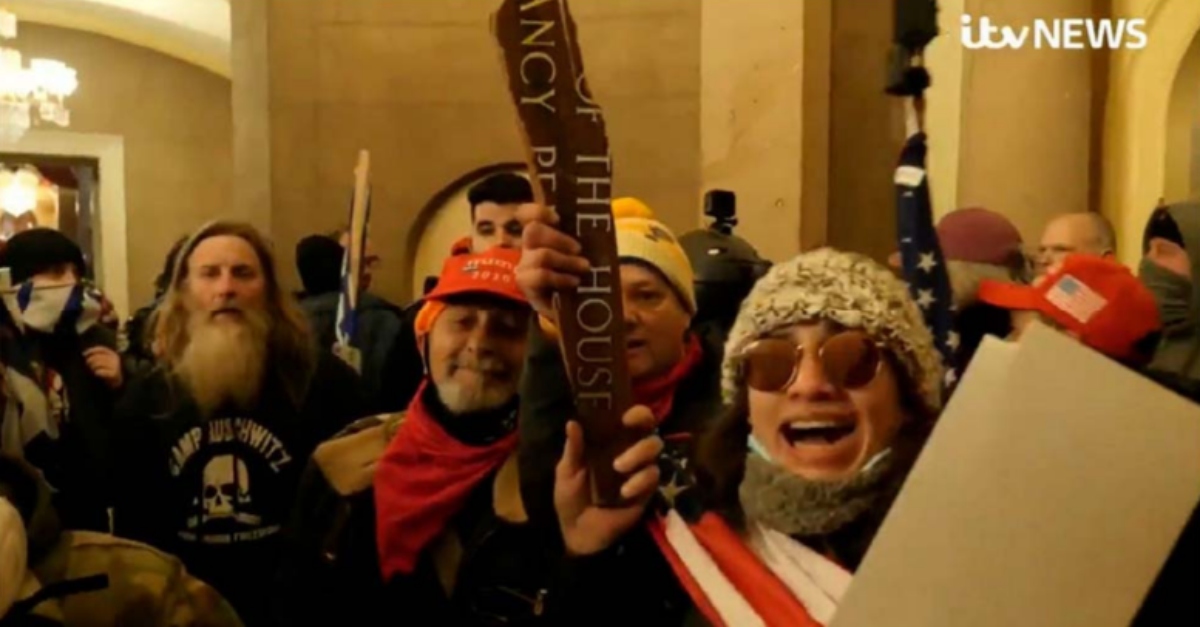 Remember this picture? The Federal Bureau of Investigation says it found the woman seen carrying a piece of House Speaker Nancy Pelosi‘s name plate. She is Sullivan, Missouri resident Emily Hernandez, according to an affidavit filed in court.

Supports of President Donald Trump raided the Capitol Building on January 6 after POTUS continued to lie that he actually won the 2020 presidential election and it was being stolen from him.

Authorities say Hernandez was there. They cited several tipsters who identified her based on footage and pictures of the scene. For example, a person identified as Tipster 1 is said to have been a mutual acquaintance. This individual recommended that the authorities speak with one of Henandez’s high school friends. That friend confirmed Hernandez was the person in the photos.

There was also Tipster 2, who was introduced to the defendant through mutual acquaintances and was friends with her on Snapchat, investigators said.

The FBI said they tracked Hernandez down via government databases and then through a search of the Missouri Department of Motor Vehicles for her driver’s license. Investigators said the curator of the House of Representatives estimated the cost to replace Pelosi’s name plate would be $870. 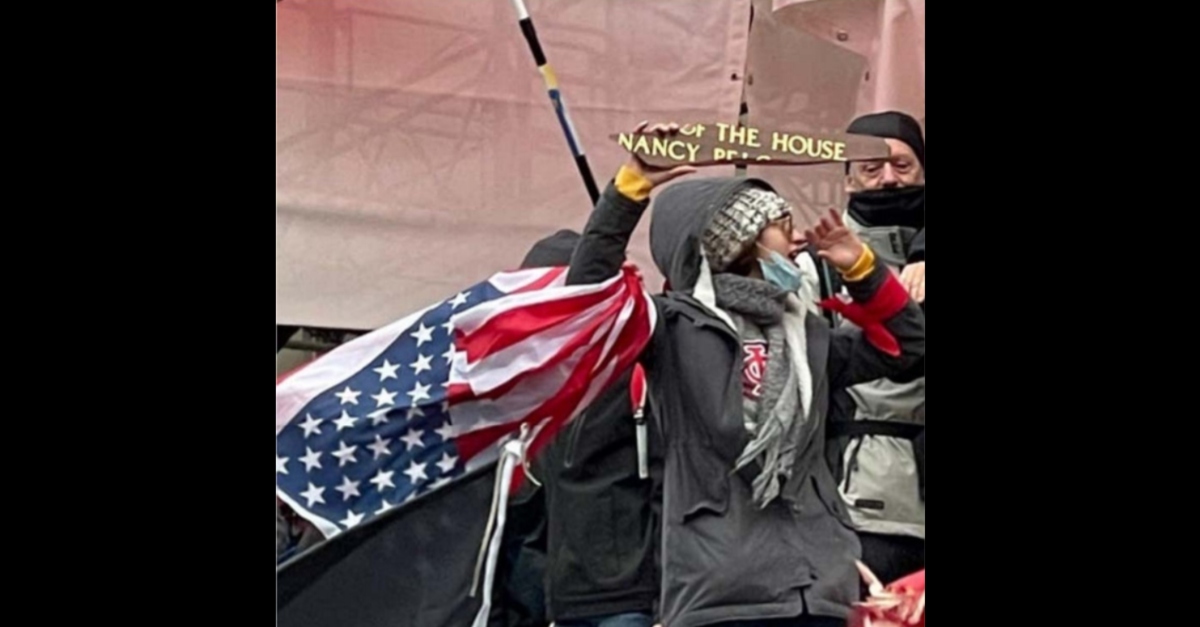 Hernandez faces charges including knowingly engaging in disorderly conduct to disrupt Government business and stealing something of value of the United States.

It is unclear if she has an attorney in this matter.

Correction – January 16: The original headline for this article incorrectly stated Hernandez had been arrested. She had only been charged.

[Image via ITV News by way of the FBI]