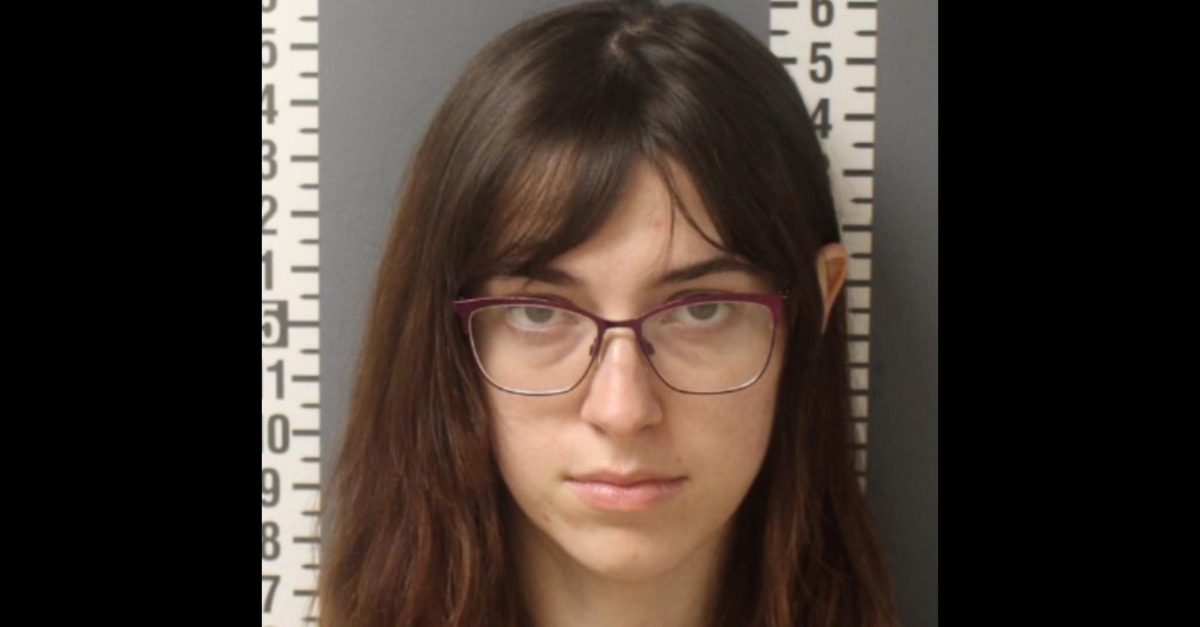 After allegedly participating in an insurrection and swiping a laptop from House Speaker Nancy Pelosi’s office, accused rioter Riley June Williams, 22, is feeling the full weight and force of the U.S. government come down—on her internet access.

“This is in lieu of seeking pretrial detention,” Assistant U.S. Attorney Mona Sedky said during a pretrial hearing on Tuesday.

“This is different from other cases,” Faruqui noted, describing allegations that she instructed co-conspirators to cover-up crimes committed during the Capitol siege.

Four days later on Jan. 10, Williams allegedly instructed one of her associates on Discord to delete messages.

In her charging papers, Williams can be seen boasting of the alleged heist in posts repeatedly misspelling the House Speaker’s name.

In alarming court documents, the FBI quoted a witness alleging that Williams intended to send the computer device to a friend in Russia, who then planned to sell the device to SVR, Russia’s foreign intelligence service.

“This matter remains under investigation,” the affidavit continues.

Williams is accused of trying to obstruct this probe, but her public defender Lori J. Ulrich claimed that her client was on the run from an abusive ex-boyfriend turned informant, not authorities. There has been no corroboration for this assertion, which was first reported by The Philadelphia Inquirer.

Defense counsel claimed that Williams scrubbed her internet trail to avoid that witness.

“The deletions were not with any intent of obstructing,” defense attorney A.J. Kramer claimed.

“I don’t agree with the defense characterization on when and why she deleted the accounts,” Sedky said.

Williams’s defense counsel tried to create more exceptions for their client’s internet access—for example, to allow her to access mental health counsel. That was a bridge too far for the government.

“I would suggest that a therapy session can be conducted on a flip phone,” given the “serious danger” that her being online poses to the investigation, Sedky added.

Faruqui would not let Williams seek employment on the internet or use an internet-enabled phone, but the judge would make an exception for attorney-client communication.

“She’s going to need to review discovery,” Faruqui said, adding that having her do so in the nation’s Capitol where she ran amok would be a “catastrophically bad idea.”

That will also limit Williams’s TV time in her mother’s house, as one of her family’s televisions is web-enabled.

“Keep that one off and don’t turn it on under any circumstances,” the judge said.

Informed of the Smart TV’s limited capability for email and internet access, the judge revised that restriction allowing Williams only to watch it.

Williams’s next hearing has been scheduled for March 26 at 1 p.m. Eastern Time.