These Are the Lawyers Who Told Mike Pence That, Despite Trump’s Pressure Campaign, VP Had No Power to Overturn Election Results 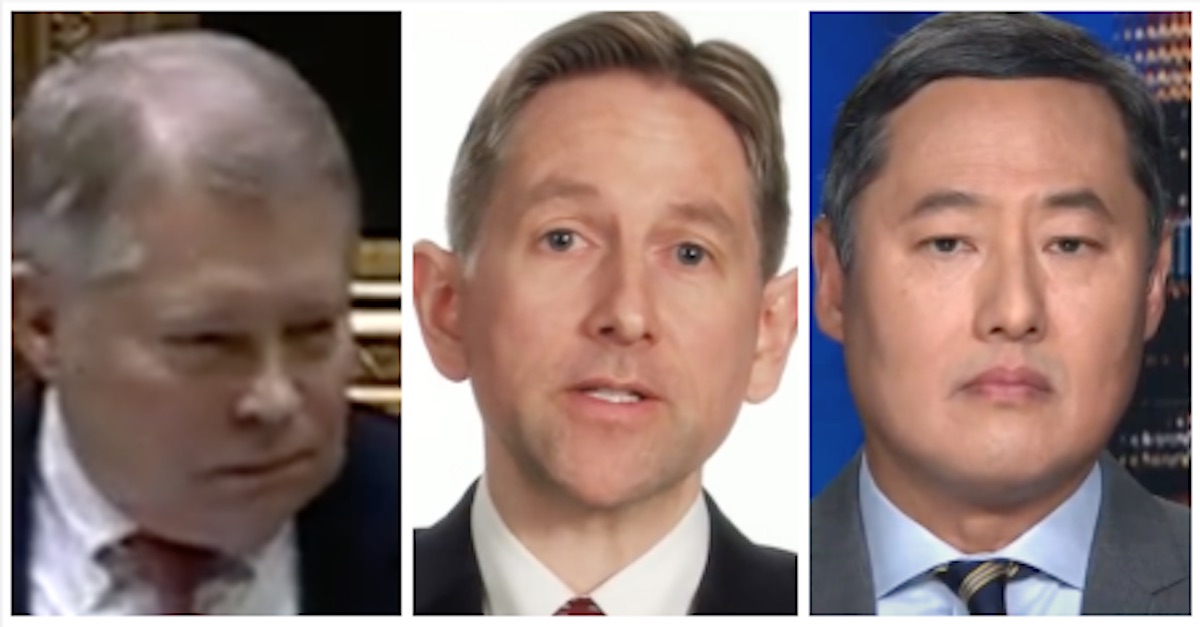 In the lead-up to Jan. 6, it was clear to legal observers and to Vice President Mike Pence, based on the advice of conservative lawyers he put in his orbit, that he had no power to unilaterally overturn the election results—even as President Donald Trump threatened behind closed doors that a refusal to act would make Pence look like a “pussy” for the rest of time. The New York Times reported that former appellate judge J. Michael Luttig, Pence attorney Greg Jacob, and UC Berkeley School of Law professor John Yoo—Federalist Society members—played a key role in advising the vice president on the actually patriotic course of action.

Trump set Pence up to be the fall guy, and the very next day the president’s supporters—zip ties and all—stormed the Capitol looking for Pence, a number of them calling for him to be hanged. That happened after the president said at a rally, “Mike Pence, I hope you’re going to stand up for the good of our Constitution and the good of our country and if you’re not, I’m going to be very disappointed in you.” And while the siege was unfolding, Trump attacked Pence on his since-suspended Twitter account:

According to reports, Trump “never called” Pence after the violence erupted that day to ask if he was safe. What he did do, the New York Times reported on Tuesday, was call Pence before he went to the Capitol. He reportedly said that the VP could either be remembered as a “patriot” by asserting he had a nonexistent constitutional power to reverse an election Trump lost or “go down in history as a pussy.”

The day before the deadly violence that has quickly led to an article of impeachment for inciting insurrection, Trump claimed on Twitter that Pence had the “power to reject fraudulently chosen electors.” Behind the scenes, Pence sought legal opinions on the vice president’s role as outlined by the Twelfth Amendment:

The President of the Senate [the VP] shall, in the presence of the Senate and House of Representatives, open all the certificates and the votes shall then be counted.

Rep. Louie Gohmert (R-Texas) had already tried and failed to sue Pence in order to make the beyond bold assertion that Pence could ignore the number of electoral votes needed to secure his own reelection, but the VP nonetheless sought out the advice of Luttig, Jacob and Yoo. Those three men agreed that Pence had no power of the sort despite the combined pressure campaign launched by Gohmert et al. and the president, on the advice of Rudy Giuliani and Jenna Ellis.

The Times said that Jacob researched the topic and came to the conclusion that Pence didn’t have a hidden power, but Giuliani and Ellis reportedly “prodded” Trump to keep trying.

I'll just say this: if John Yoo says an executive official can't do something, they definitely can't do it https://t.co/TWuGF9PPPb

“Pence had a choice between his constitutional duty and his political future, and he did the right thing,” Yoo told the Times. “I think he was the man of the hour in many ways — for both Democrats and Republicans. He did his duty even though he must have known, when he did it, that that probably meant he could never become president.”

Pence’s lawyer Richard Cullen also solicited the opinion of Luttig (described more than a decade ago as a “mini-Scalia“). Pence ended up citing Luttig in a Jan. 6 statement acknowledging that there is no VP power to throw out Electoral College votes on a whim.

Luttig even took to Twitter on Jan. 5 to explain his legal opinion.

The only responsibility and power of the Vice President under the Constitution is to faithfully count the electoral college votes as they have been cast.

No President and no Vice President would — or should — consider either event as a test of political loyalty of one to the other.

Neither the President nor the Vice President has any higher loyalty than to the Constitution.

“The only responsibility and power of the Vice President under the Constitution is to faithfully count the electoral college votes as they have been cast,” Luttig succinctly explained at the start of his thread.

The president instead listened to the urgings of Ellis and Giuliani and to the opinion of Chapman University Law Professor John Eastman (who is known for spawning the discredited Kamala Harris birther theory and for aiding Trump’s attempts to undo the election results.)

Pence looked for legal advice on whether he could upset the election, and John Yoo, Mike Luttig, and Pence's counsel Greg Jacob agreed he had no such power. Only John Eastman disagreed (although was he acting as Trump's lawyer when he made that arg?)https://t.co/NWy2NKJxSW pic.twitter.com/uHr5ikZu0l