John Eastman Pens Trump Motion to Intervene … or Does He? | Law & Crime 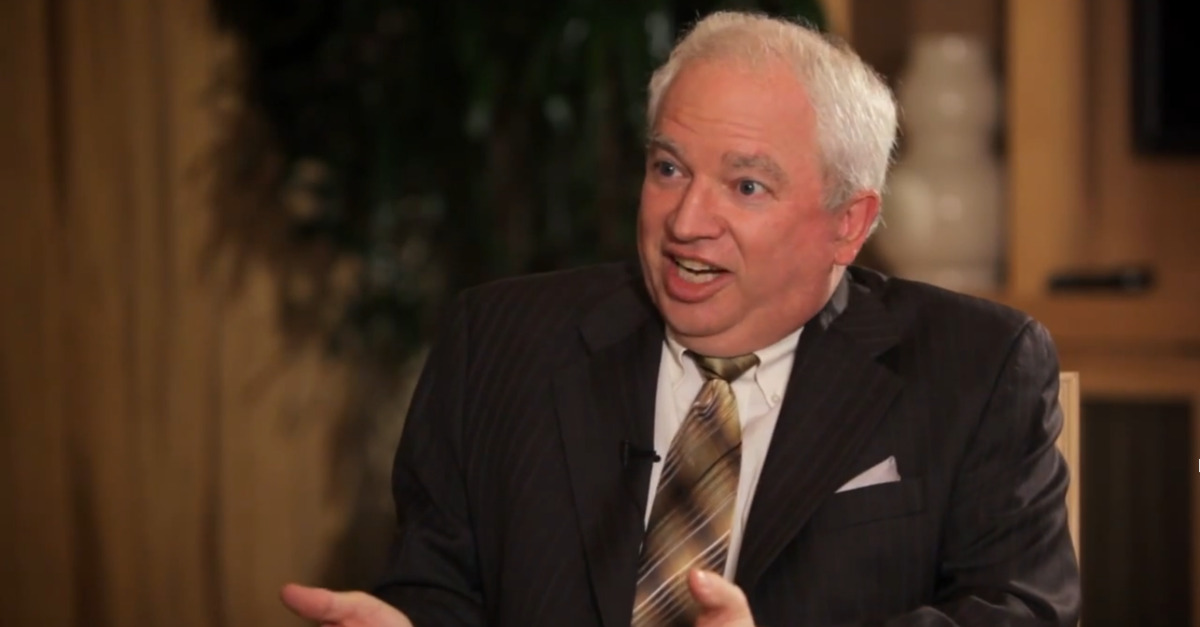 President Donald Trump on Wednesday moved to intervene in the State of Texas’s efforts to overturn the results of the 2020 election before the U.S. Supreme Court. The attorney who filed the 45th president’s brief is the same man who, over the summer, promoted a racist conspiracy theory about Vice President-elect Kamala Harris.

Nouveau birther and Chapman University School of Law Professor John C. Eastman penned an article last August that attacked Harris’s eligibility to serve as vice president of the United States because her parents were Indian and Jamaican nationals when she was born.

As Law&Crime reported at the time:

In essence, and most of the article and its arguments are not worth repeating, Eastman is taking aim at the idea of birthright citizenship–which is the standard that [the U.S. Supreme Court] definitively established over 100 years ago–but attempting to paint his own longstanding opposition to the concept as a debate among legal scholars where no such debate actually exists in any serious form whatsoever.

On Wednesday, Trump himself asked for a seat at the table–even though the Supreme Court has yet to decide whether they will even hear the case. Many of Trump’s supporters have asserted that the nation’s high court has already made the decision to grant certiorari, but that is completely false.

So, in the spirit of the GOP’s election loss coping-and-fundraising mechanism–filing legal briefs that work to spread misinformation and disinformation–Professor Eastman appears to be back in typical form.

“It is not necessary for the [president] to prove that fraud occurred, however; it is only necessary to demonstrate that the elections in the defendant states materially deviated from the ‘manner’ of choosing electors established by their respective state legislatures,” the motion reads at one point.

“Despite the chaos of election night and the days which followed, the media has consistently proclaimed that no widespread voter fraud has been proven,” the Eastman filing reiterates later on. “But this observation misses the point. The constitutional issue is not whether voters committed fraud but whether state officials violated the law by systematically loosening the measures for ballot integrity so that fraud becomes undetectable.”

Disparities between what Trump is willing to allege in court and what the president and his coterie of stalwarts are willing to say on Twitter and in right-wing media outlets aside, legal experts were quick to pick apart other aspects of the filing and Eastman’s record.

Eastman, it would appear, has the common trait of the Trumpian lawyer – a lack of attention to detail. But, hey, who cares. It's not like the assclown is representing the President of the United States in his personal capacity before the Supreme Court of the United States, right? pic.twitter.com/VSn6P4ly83

And this should be a fun read, because they don't just have facts – they have "facts facts" which are clearly way better than the ordinary kind. pic.twitter.com/2o7HBu27CW

Oh, good! Now we know where Trump got that very wrong bit of trivia this morning.

Appellate attorney Matthew Stiegler took the opportunity of Eastman’s soon-to-be failure to remember Eastman’s prior failures in the Third Circuit Court of Appeals.

During that “humiliating” oral argument effort, Eastman haltingly made the case that a certain federal law was “rather confusing on a whole lotta levels.” To which one of the judges on the panel quickly disagreed and suggested that it was only confusing if “you’re trying to read something into it that’s not there.”

“Ouch,” Stiegler observed. “Lawyers never know how an argument will go. Sometimes the surprise is a happy one — sometimes not.”

In the present case, however, Eastman probably has a fairly good idea how his arguments will fare.

That is, if he even actually wrote the brief.

According to an independent metadata analysis by researcher Arieh Kovler, the attorney-of-record wasn’t actually the attorney who prepared the president’s motion to intervene.

That job appears to have gone to attorney Lawrence Joseph—who was recently hired by the State of Texas.

Who is Lawrence Joseph? Well, he's one of the lawyers in the original Texas complaint, listed as the "Special Counsel to the Attorney General of Texas". pic.twitter.com/7HzvCLnsRW