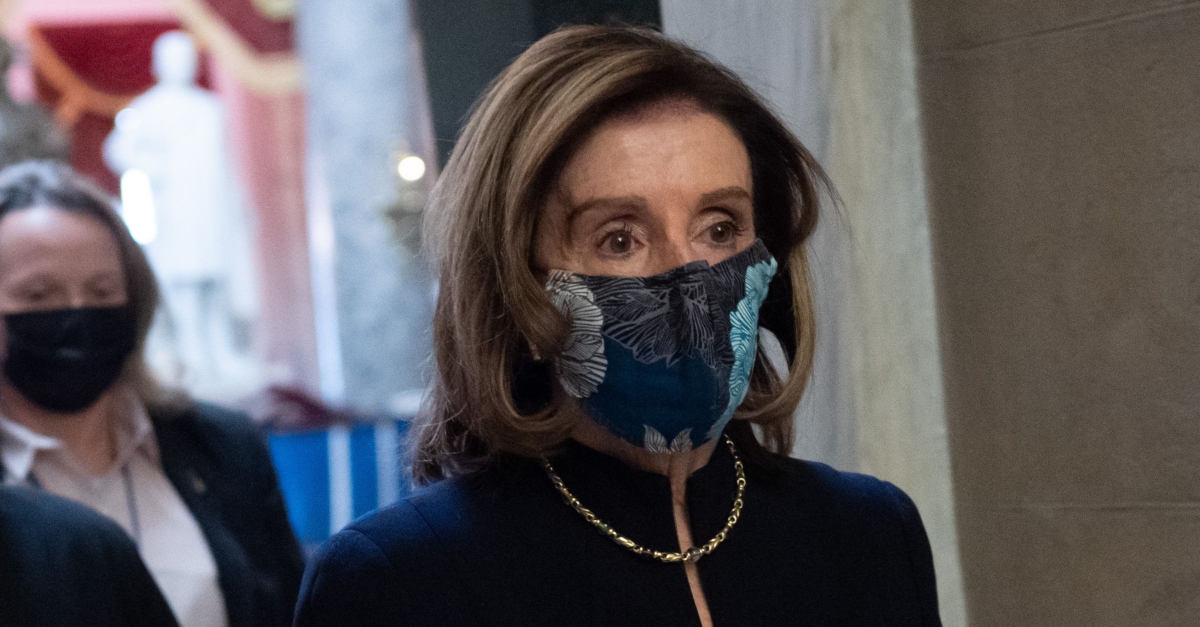 Cleveland “Cleve” Grover Meredith Jr. is the individual charged with texting he was “Thinking about heading over to Pelosi CUNT’s speech and putting a bullet in her noggin on Live TV.” In court documents filed on Wednesday, authorities said he also sent a text mocking a hypothetical FBI agent reading his texts.

“You get that one Mr. Marxist FBI Agent?” he wrote, according to prosecutors. “Go FK yourself.”

Meredith allegedly made his hate for the House Speaker clear, but he also wrote, “I may wander over to the [office of D.C. Mayor Muriel Bowser] and put a 5.56 in her skull, FKG cunt.”

Supporters for President Donald Trump raided the Capitol Building last Wednesday after he continued to lie that he actually won the 2020 presidential election and that it was being stolen from him. Allegations of widespread election fraud made by the Trump campaign and its allies for months didn’t get anywhere in any court across America, whether state or federal.

Judging by court documents, Meredith would have been there on Jan. 6, but he is said to have arrived late that day. Indeed, much of the evidence used against him is from the day after. The defendant, who authorities describe as a Colorado resident, drove his truck and attached trailer to D.C. (Meredith has been reported to be a Georgia resident.)

“I’m gonna run that CUNT Pelosi over while she chews on her gums,” Meredith allegedly wrote on Thursday.

Authorities say that he had the means to carry out his threats, possessing a Glock nine millimeter G19 and a Tavor X95 rifle equipped with a telescopic sight, as well as high capacity magazines, and about 2,500 rounds of ammo.

“Ready to remove several craniums from shoulders,” he allegedly wrote last Wednesday in response to texts describing the insurrection.

Authorities also say he head-butted a pedestrian unprovoked after arriving in D.C. and fled. Meredith is also charged in D.C. with misdemeanor possession of an unregistered firearm, and possession of ammunition. Officials also cite marijuana use, and a history of mental illness as reasons to keep him in custody.

In a filing on Wednesday, the defendant’s attorney, public defender Ubong E. Akpan, argued against detention by saying: the threats statute under question did not qualify as a crime of violence under the case law; his client had no prior convictions; the D.C. offenses are misdemeanors; the government could not meet the standard to show that Meredith was a flight risk.

“The government can come nowhere close to demonstrating that Mr. Meredith’s risk of flight rises to a similar extreme or unusual level,” he wrote. “In addition, a defendant should not be detained as a ‘serious risk’ of flight when the risk of non-appearance can be mitigated by conditions of release.”