‘Dawn Maga’ and Antifa-obsessed ‘Dave’ from Illinois Arrested for Entering the Capitol on Jan. 6. He Compared It to a Stroll in a ‘Shopping Mall.’ 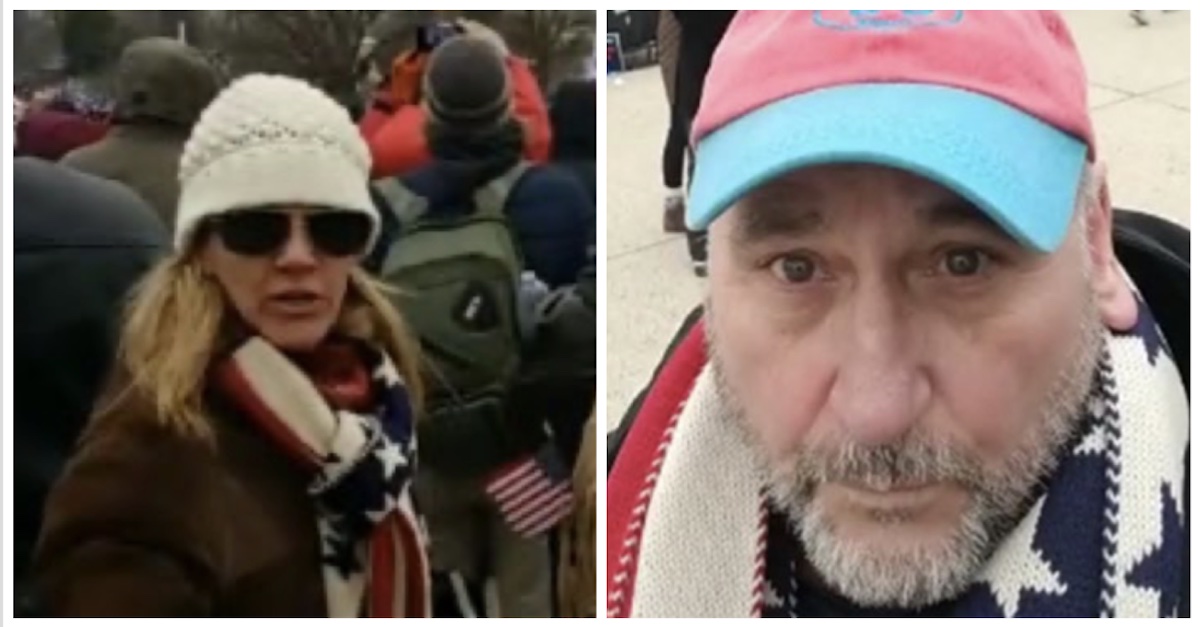 Two Illinois residents have joined the ranks of hundreds of Donald Trump supporters charged for their actions on Jan. 6. The Department of Justice says that Dawn Frankowski, 53, and David Wiersma, 66, were each arrested on Tuesday in the Land of Lincoln, the former in Naperville and the latter in Posen (about a 40-minute drive apart).

Charging documents show that neither defendant is accused of a violent crime. Instead, they fall into the misdemeanor category of Jan. 6 defendants accused of unlawfully entering the Capitol and engaging in disorderly conduct and parading. Like many to most Jan. 6 defendants, their presence at the crime scene was largely self-reported—both during the Capitol breach and in the aftermath. For that, most of the credit goes to Wiersma, documents suggest.

“On January 12, 2021, a former colleague of David Wiersma’s, hereinafter referred to as Witness 1, submitted an online tip to the FBI National Threat Operations Center, reporting that Wiersma participated in the breach of the Capitol on January 6, 2021,” documents begin. “Agents have interviewed Witness 1 and learned that he/she worked with Wiersma at PCI Energy Center, a division of Westinghouse Electric, in Lake Bluff, Illinois for about 10 to 15 years. Witness 1 also indicated that he and Wiersma were Facebook friends on Facebook account ‘David W. Wiersma.'” 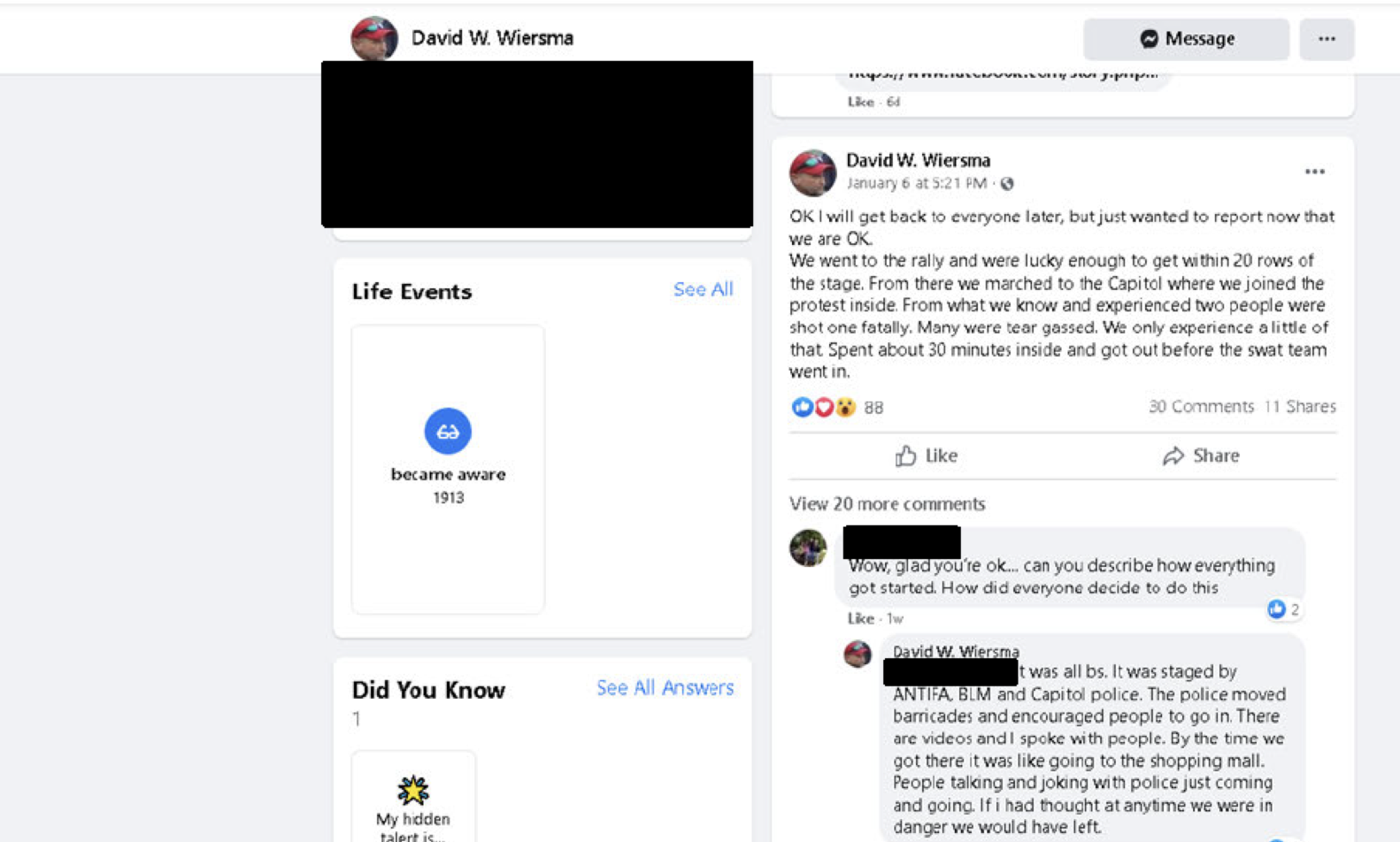 “OK I will get back to everyone later, but just wanted to report now that we are OK. We went to the rally and were lucky enough to get within 20 rows of the stage. From there we marched to the Capitol where we joined the protest inside,” the 5:21 p.m. post on Jan. 6 said. “From what we know and experienced two people were shot one fatally. Many were tear gassed. We only experience a little of that. Spent about 30 minutes inside and got out before the swat team went in.”

In a comment underneath that post, Wiersma blamed it all on Antifa, Black Lives Matter, and police, a recurring theme in these cases.

“It was all bs. It was staged by ANTIFA, BLM, and Capitol police. The police moved barricades and encouraged people to go in. There are videos and I spoke with people,” he said. “By the time we got there it was like going to the shopping mall. People talking and joking with police just coming and going. If I had thought at anytime we were in danger we would have left.”

Another Facebook account linked to the suspect appears to show a QAnon connection (see the Seth Rich and cowboy hat images with the WWG1WGA acronym). 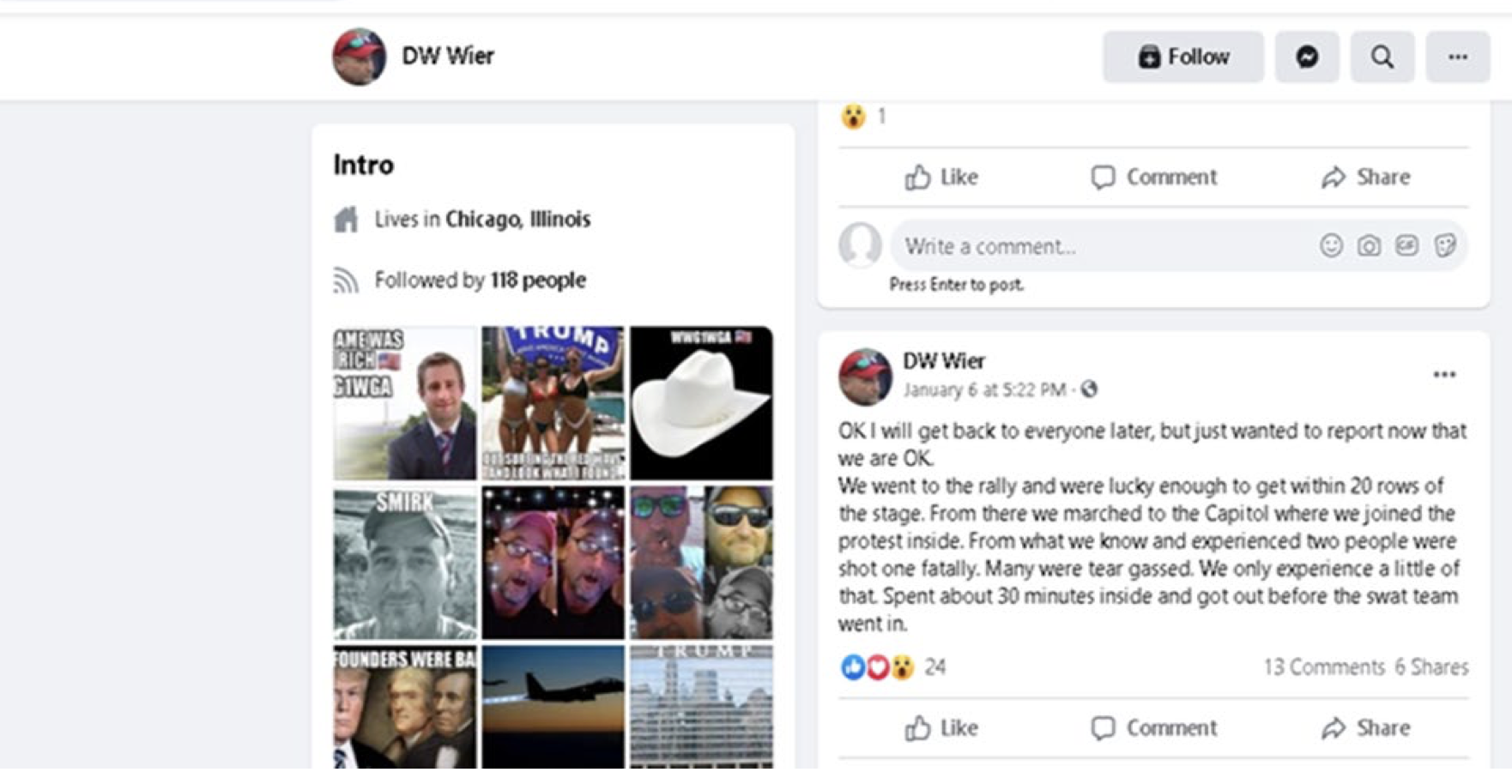 A third Facebook account linked to the suspect, where he went by “Dave Wiersma,” showed that he recorded a brief Facebook Live video at 1:46 p.m. on Jan. 6. 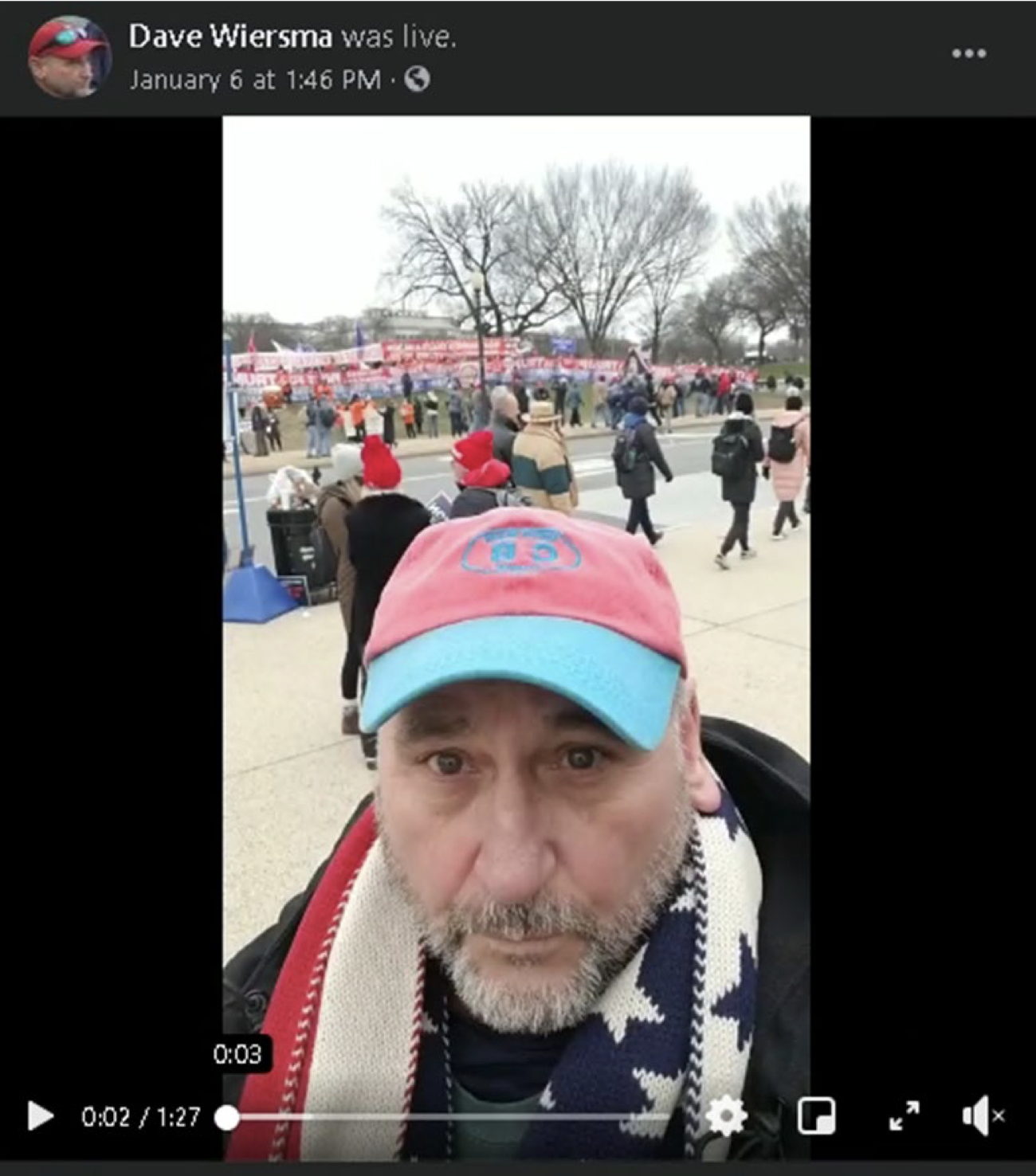 Wiersma apparently posted another image tagging “Dawn Maga,” which tipped the feds off to Frankowski’s identity.

“A photograph marked Image 2 [which you can see at the top of this story] and posted on Account 3 depicted an ‘unidentified female’ outside the U.S. Capitol with Wiersma. Agents noticed this woman also appeared inside the U.S. Capitol with Wiersma in Image 1,” documents continue (see image 1 below). “The tag associated with her image was linked to a Facebook account with the Display Name: ‘Dawn Maga.’ Based on a review of Account 3 and further investigation described below, agents believe this ‘unidentified female,’ ‘Dawn Maga,’ accompanied Wiersma to Washington, D.C.” 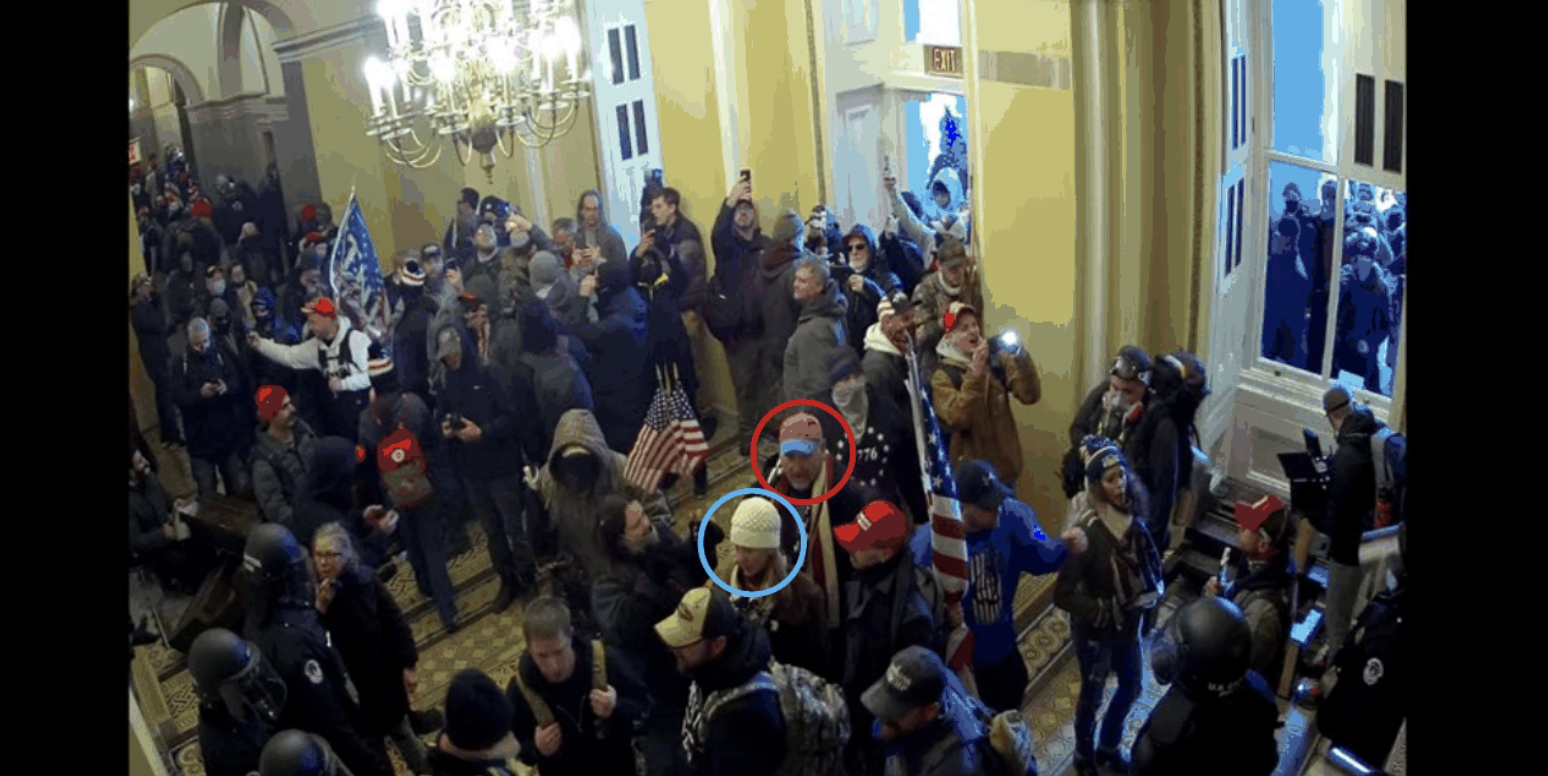 The feds say that images 3 and 4 also show Frankowski. The first image is a screenshot of Fox News footage at the “Save America March.” The second image shows Frankowski and Wiersma inside the Capitol, documents say. 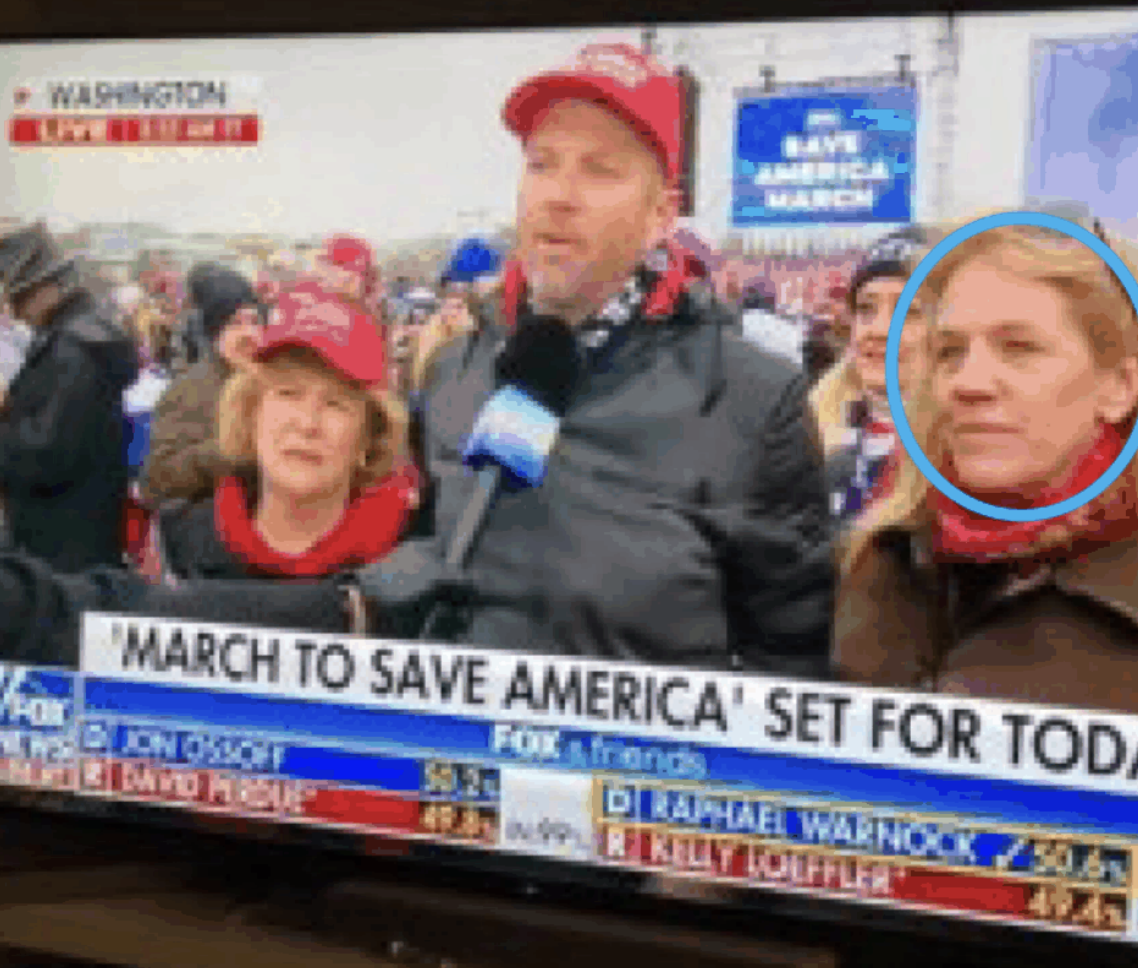 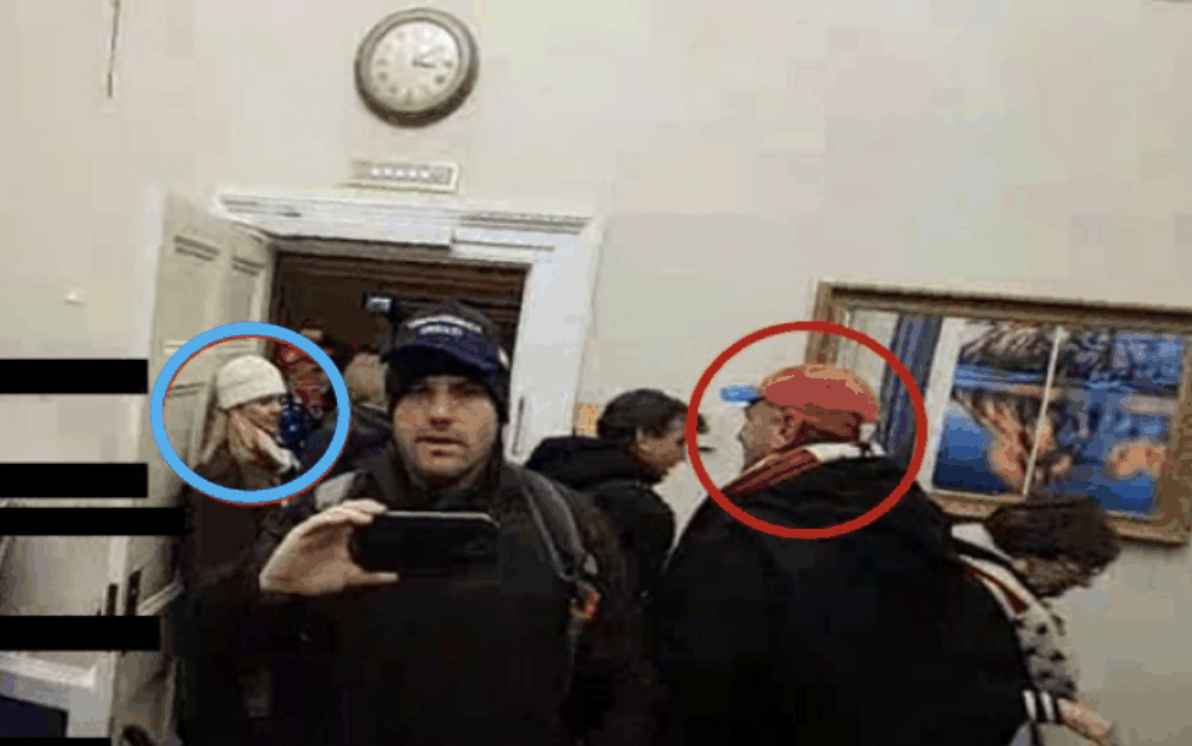 The DOJ says that Frankowski admitted during an interview that she, Wiersma, and another man traveled to D.C. to attend the pro-Trump rally. She also allegedly admitted that she and Wiersma entered the Capitol and stayed in there for about 30 minutes:

Agents interviewed Frankowski at her home, regarding her whereabouts on January 6, 2021. Frankowski admitted that she traveled to Washington, D.C. to support her president, Donald Trump, and not to disrupt the election. On January 5, 2021, Frankowski, Wiersma, and another man drove to the D.C. area. On January 6, 2021, Frankowski, Wiersma, and the other man attended the Save America Rally in Washington, D.C. together. After the rally concluded, Frankowski and Wiersma followed the crowd to the U.S. Capitol Building, however, the other man did not accompany them. Frankowski stated that she entered the United States Capitol Building with Wiersma and that she believed they were inside the U.S. Capitol for approximately thirty minutes. Frankowski stated that she and Wiersma entered two rooms inside the building.