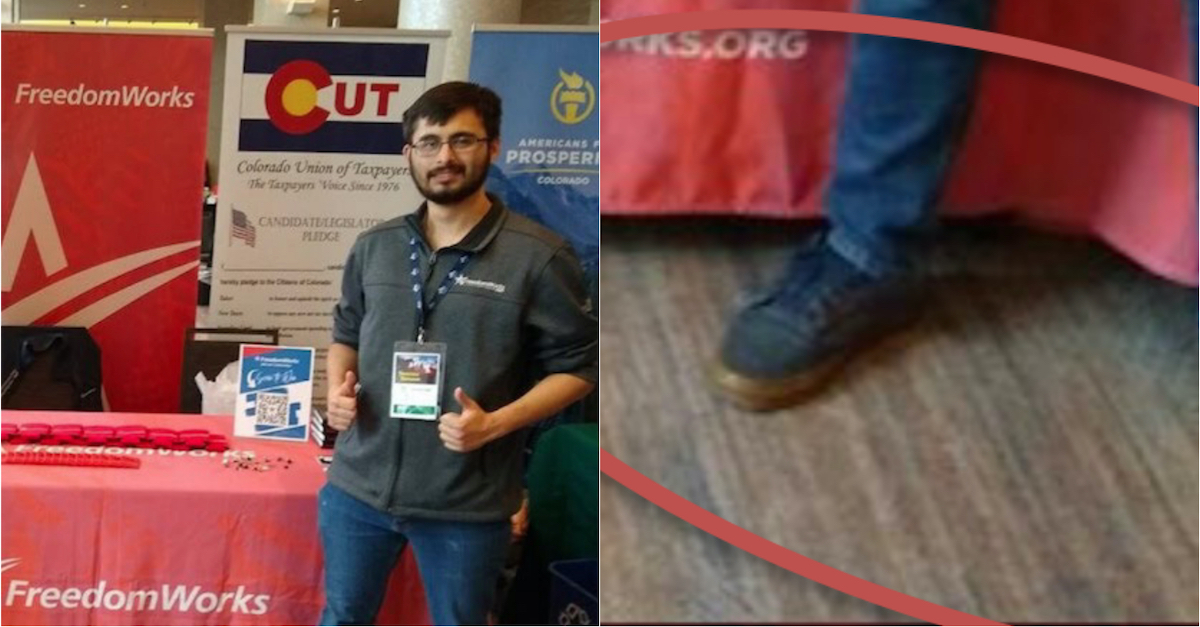 A former grassroots coordinator for the conservative group FreedomWorks has been charged with breaching the U.S. Capitol on Jan. 6, and he has his “distinctive navy-blue shoes with dark tan thick gum soles,” at least in part, to thank for it, the FBI indicated in court papers.

Arrested on Sept. 17, Prenzlin was released on his personal recognizance this past Monday.

Reporting more than $10 million in revenue in 2019, the well-heeled libertarian group FreedomWorks has been a potent force in Republican Party politics since its founding in 2004. The 501(c)4, a type of entity colloquially described by critics as a “dark money group,” was first widely associated with the tea party movement and reportedly has enjoyed fulsome funding by the Koch brothers. FreedomWorks later appeared to be firmly aligned with causes supported by former President Donald Trump.

At least until this past July, FreedomWorks also openly displayed its association with Prenzlin, whose old profile as its grassroots coordinator appears to now be deactivated on the group’s website.

Along with his footwear, Prenzlin’s tweet from this past March about his work on behalf of the advocacy group appears to have led authorities to him. The FBI’s affidavit shows him providing his name and title in a video he posted on Twitter on March 11 this year.

Just left a townhall with WV delegates @DelHolstein23, Laura Kimble, Charles Horst, and activists in Charleston to discuss the dangers of #HR1 and why @Sen_JoeManchin needs to defend the Filibuster. #ampFW pic.twitter.com/jsbWuQJXxa

It also shows a photograph of Prenzlin from his FreedomWorks profile, set against other images of him via screenshots from closed-circuit TV and police body camera videos. 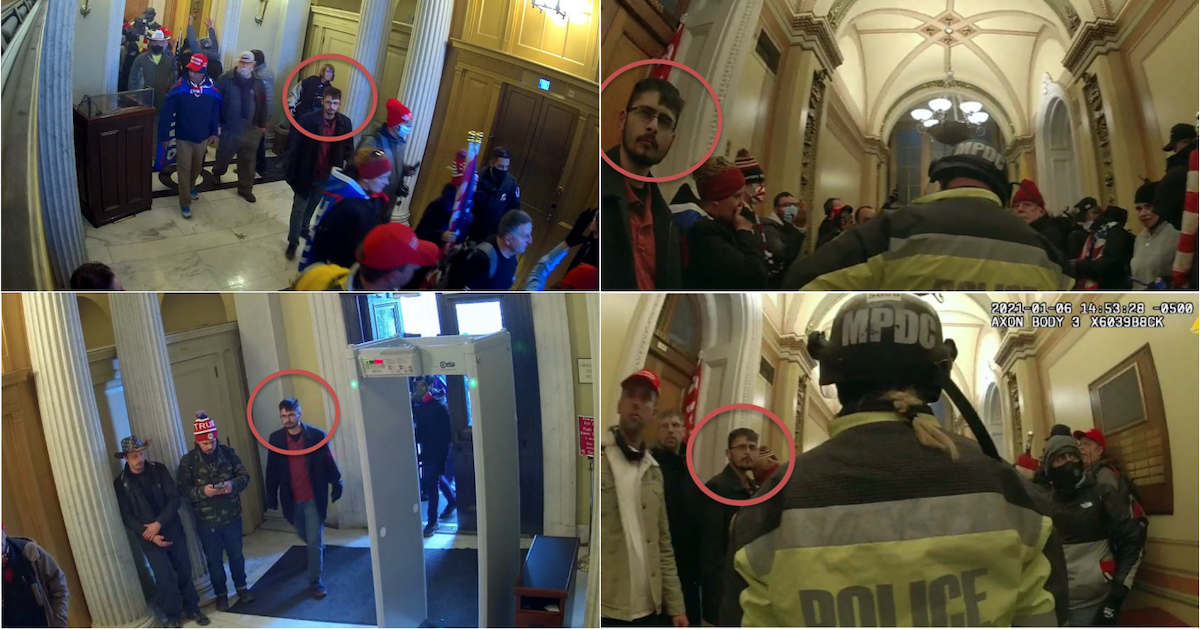 Surveillance and bodycam footage of Brandon Prenzlin (via FBI)

“A review of Capitol CCTV footage indicated Prenzlin entered the U.S. Capitol building for 3 minutes and 35 seconds,” the affidavit states. “Prenzlin entered at 14:51:05 EST. Prenzlin exited at 14:54:40 EST. He entered through the second floor doors on the southeast corner of the Capitol. According to U.S. Capitol Police, these doors are known as the Upper House Door.”

The filing indicates that Prenzlin was outside the Capitol when Ashli Babbitt was loaded onto an ambulance after getting shot by a police officer.

“A review of a video initially posted publicly indicated that Prenzlin was present just outside the Capitol building as a rioter with a gunshot wound was loaded into an ambulance by Capitol Police officers,” the affidavit states. “Prenzlin exited the Capitol with a number of individuals known to your affiant from CCTV footage to have been present in the Speaker’s Lobby when the rioter was shot. However, based upon a review of CCTV and BWC footage, Prenzlin likely did not reach the Speaker’s Lobby.”

The FBI says the CCTV footage also led them to Prenzlin’s shoe. 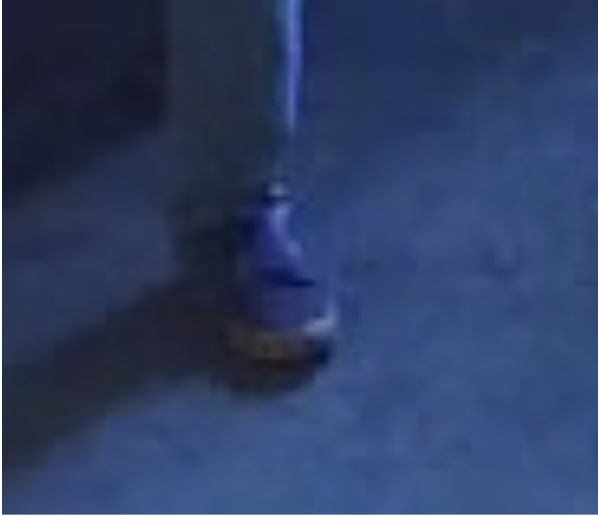 The FBI said this image of Brandon Prenzlin’s shoe helped lead them to their suspect.

The FBI says that it started conducting physical surveillance of Prenzlin at Washington Reagan National Airport on June 20, 2021, and that agents found he “appeared to be wearing the same blue shoes.”

“Prenzlin’s identity on this flight was corroborated by flight manifest information,” the affidavit states. “On July 26, 2021, a federal law enforcement officer on Prenzlin’s July 20, 2021 flight was provided photographs of Prenzlin inside and just outside of the Capitol. The officer stated that the individual in these photos looked ‘exactly like’ the individual known to be Prenzlin from airline manifest information, including seat number.”

Prenzlin’s lawyer did not immediately respond to an email requesting comment.

FreedomWorks confirmed that Prenzlin is no longer employed by the group. His last day was Sept. 20.

Read the FBI affidavit below: