FBI Says Father and Son Duo Busted for Storming the Capitol Blamed Destruction on Antifa, Were Fixated on Crowd Size 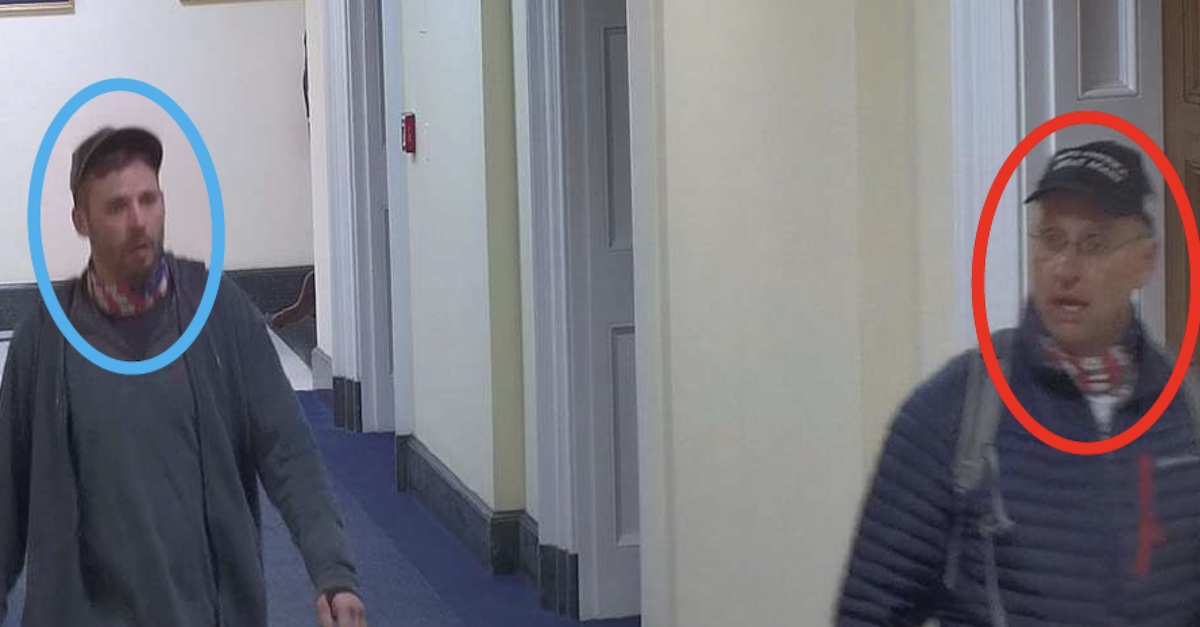 The FBI statement of facts says the older of the two defendants blamed Antifa for the destruction inside the Capitol, while the younger Johnson appeared to claim that there really were 4 million Donald Trump supporters in D.C. on Jan. 6—a fixation on crowd size reminiscent of the former president’s well-documented exaggerated estimates.

Documents say that at least three tipsters pointed the feds to the father and son.

On January 7, 2021 an individual who will be referred to as, Complainant A, called the FBI National Threat Operations Center to report that DANIEL JOHNSON from Austin, MN posted video to his Snapchat account from inside the U.S. Capitol building during the riot. Complainant A also knew DANIEL JOHNSON to have the cellular telephone number ending in – 8691.

On January 18, 2021, an individual who will be referred to as Complainant B submitted a tip through the fbi.gov/uscapitol online portal which included a screenshot of a Facebook comment written by DANIEL JOHNSON that stated, “I was one of the first ones inside the capitol building.”

On March 1, 2021, an individual who will be referred to as Complainant C, submitted a tip to the FBI through the FBI’s online portal alleging that DANIEL JOHNSON and his father DARYL JOHNSON were inside the U.S. Capitol Building on January 6, 2021, during the riots.

From here, the FBI says it found various videos showing the defendants inside the Capitol. 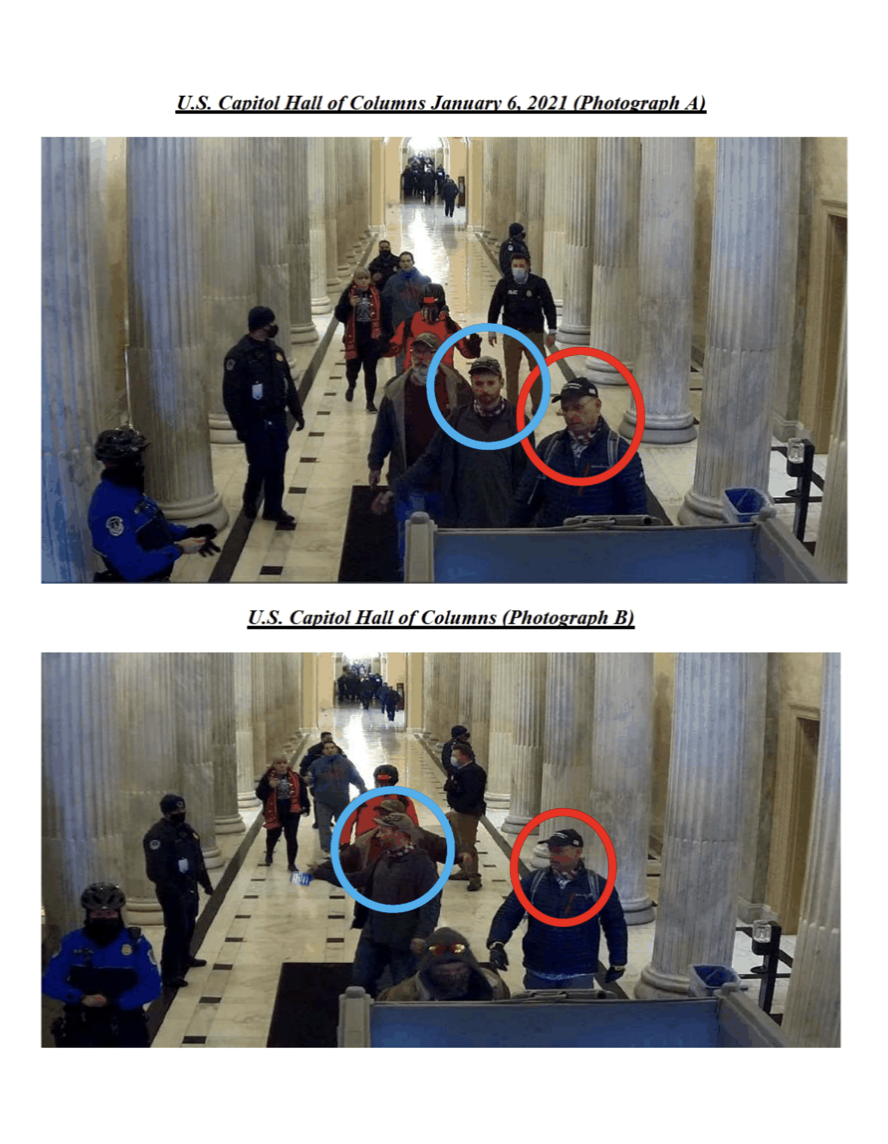 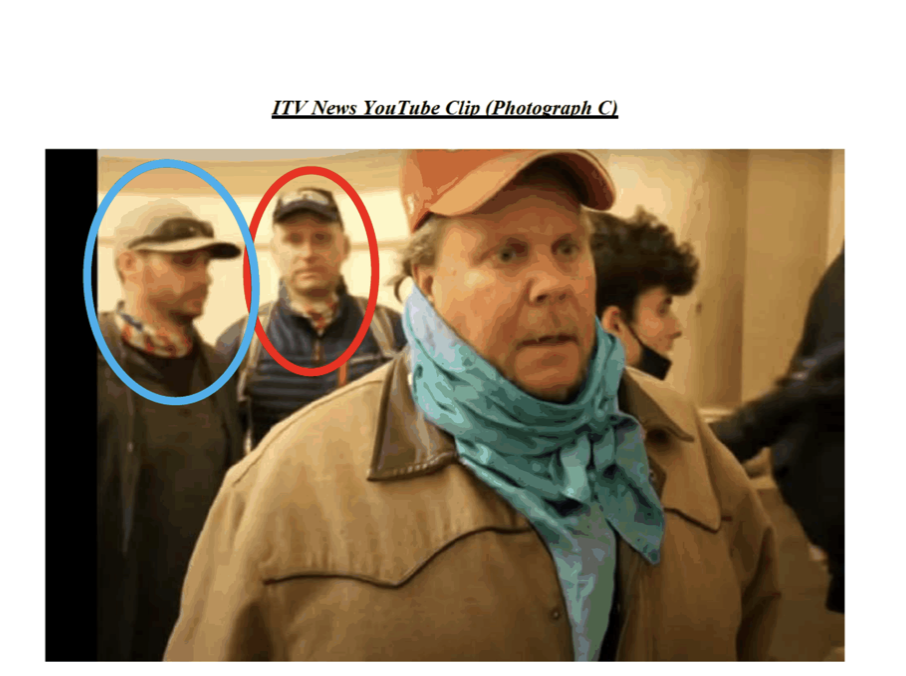 Photographs aside, comments the pair allegedly made on Facebook after Jan. 6 proved helpful to the federal investigation.

Daryl Johnson allegedly commented on Jan. 7 that the media was lying about what happened and insisted “it was Antifa causing the damage,” not Trump supporters. He also appeared to blame law enforcement.

“The protesters were peaceful until the police started throwing flash bangs and gas at the peaceful crowd,” he allegedly said. 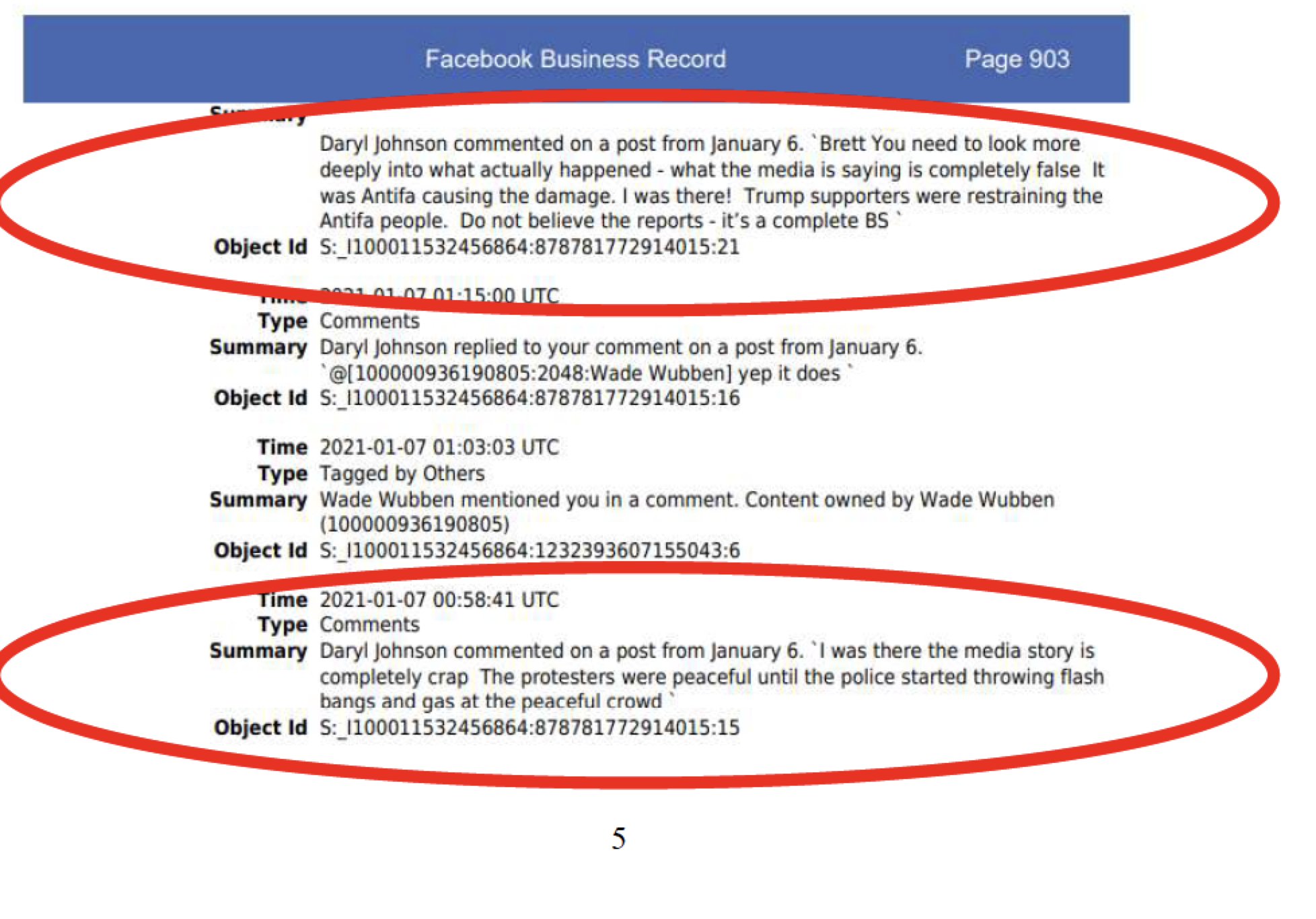 As for Daniel Johnson? He allegedly admitted in private Facebook messages that both he and has father were some of the first people inside in the Capitol.

“We stormed capitol hill” and “Lol Dad and I were on the first ones inside,” he allegedly said in those private messages on Jan. 6. Johnson allegedly repeated that Capitol breach boast in a Facebook comment thread, which ended with someone calling him a “fucking traitor.” 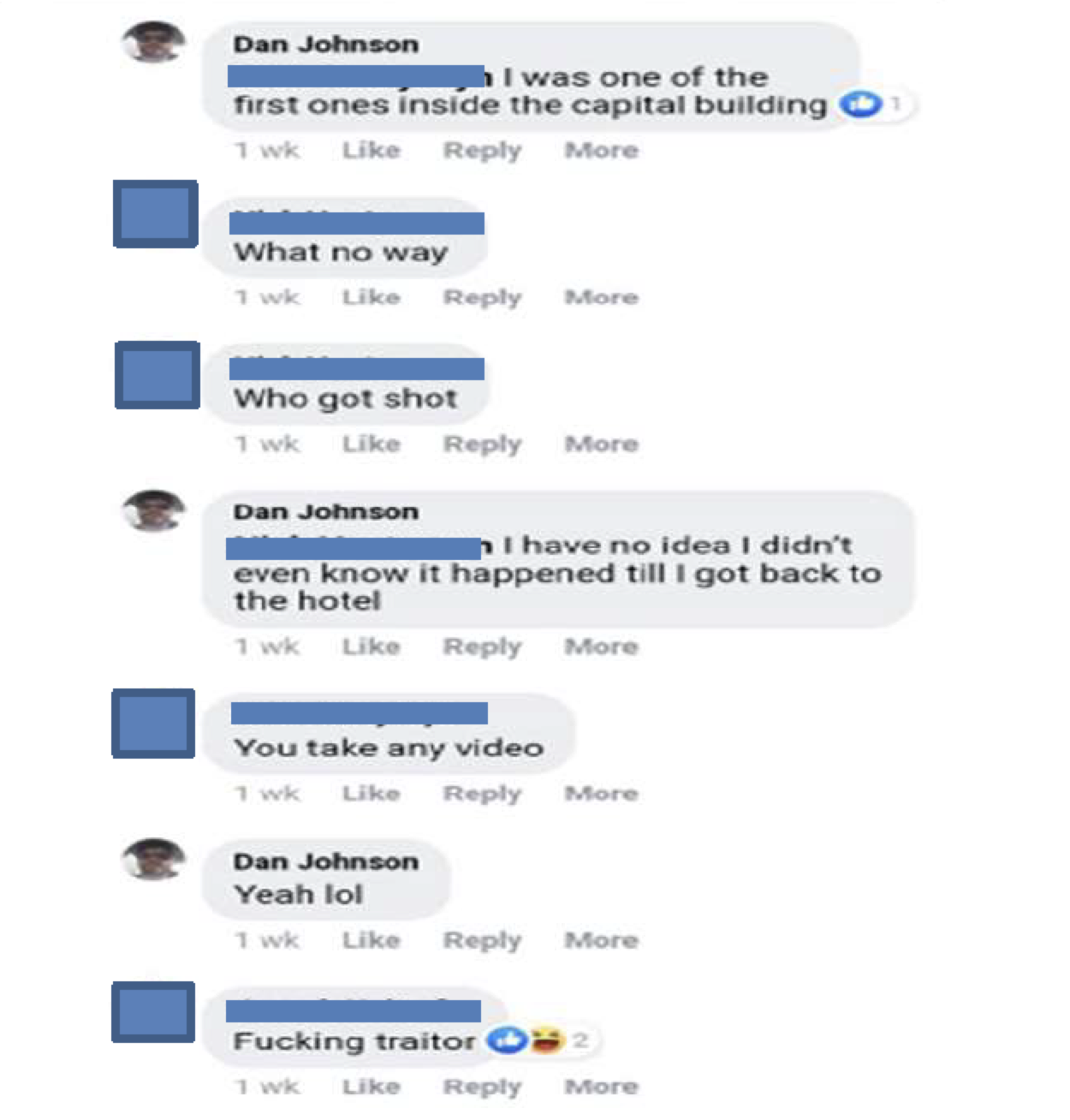 An image posted Jan. 7 on a Facebook page attributed to “Dan Johnson” shows the user claiming that instead of a “couple thousand,” there were 4 million people in D.C. on Jan. 6. 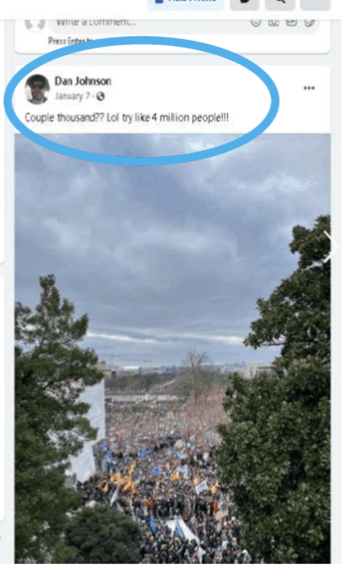 Near the very end of the FBI complaint, the feds say that a law enforcement officer recognized Daryl Johnson as the son of the former mayor of St. Ansgar, Iowa.

It appears Mr. Johnson is in the laundry business.

On the night before his arrest, Daryl Johnson posted an image, saying: “Governments worldwide are struggling to contain a new virus that could have a huge impact on billions of live worldwide. The virus is called TRUTH.” 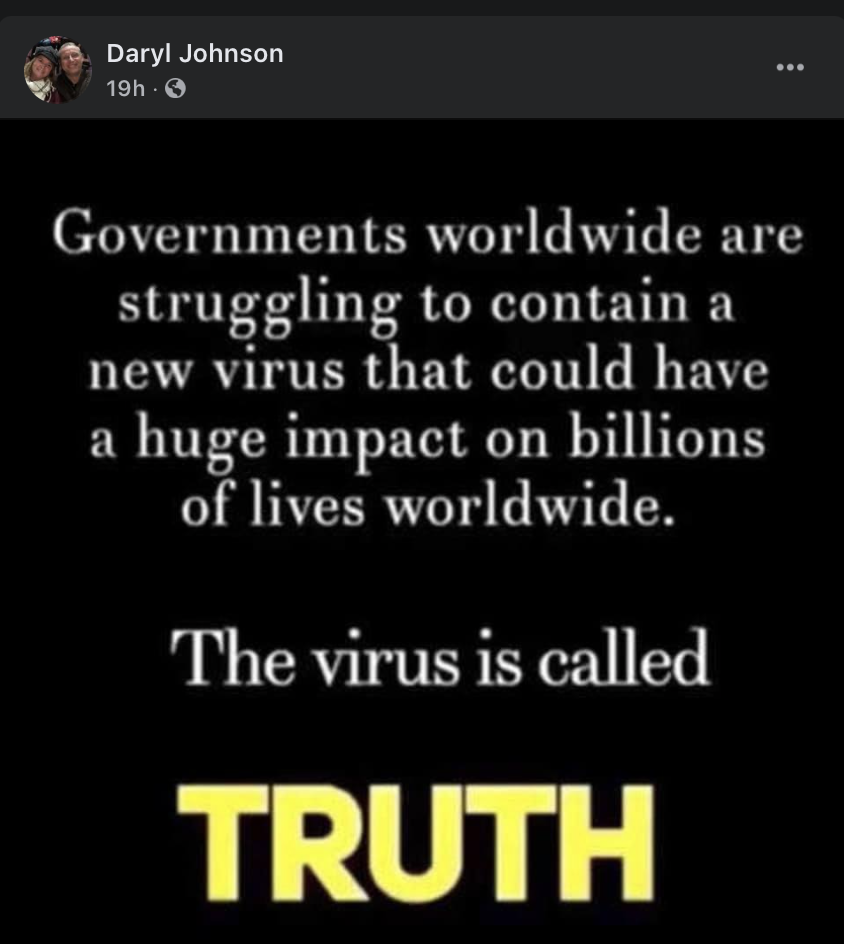 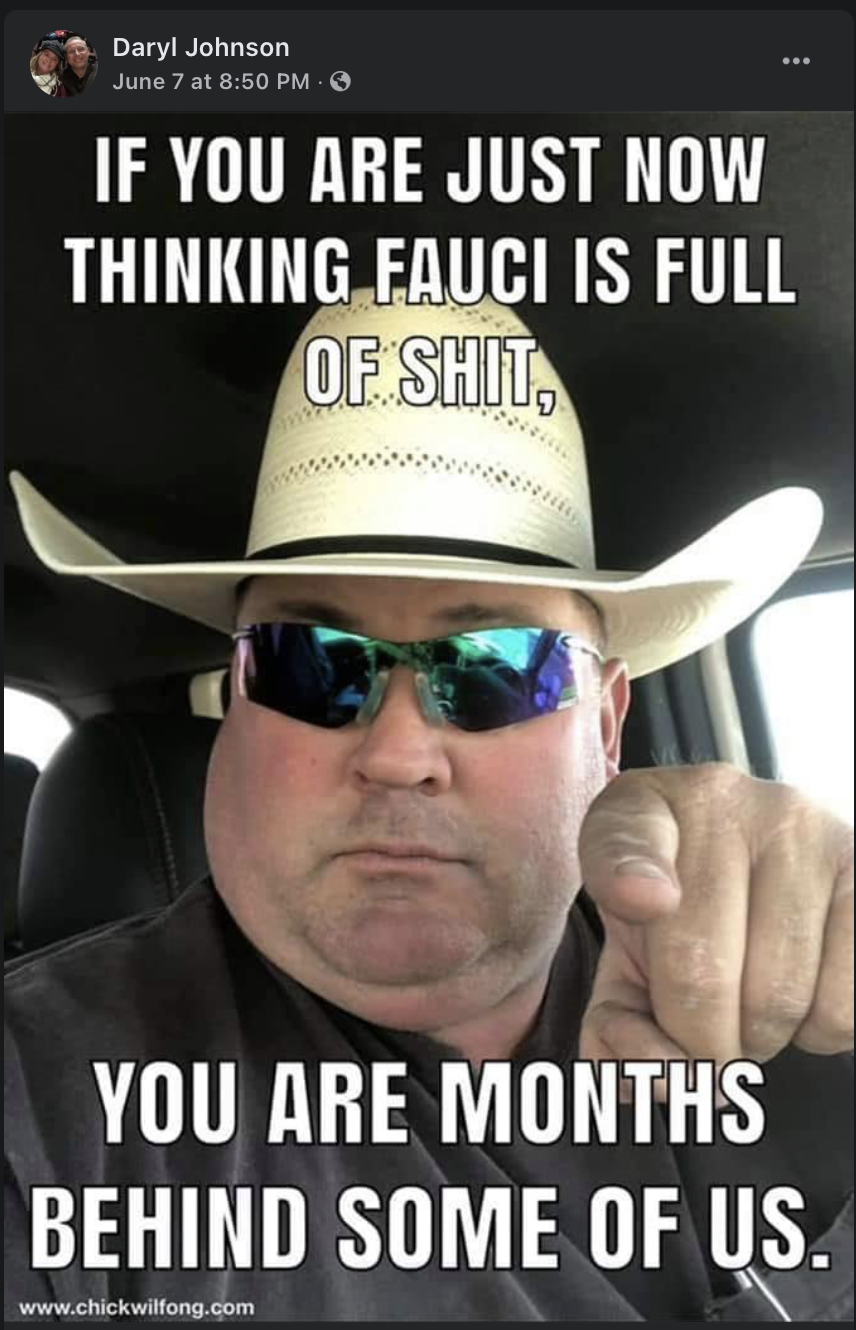 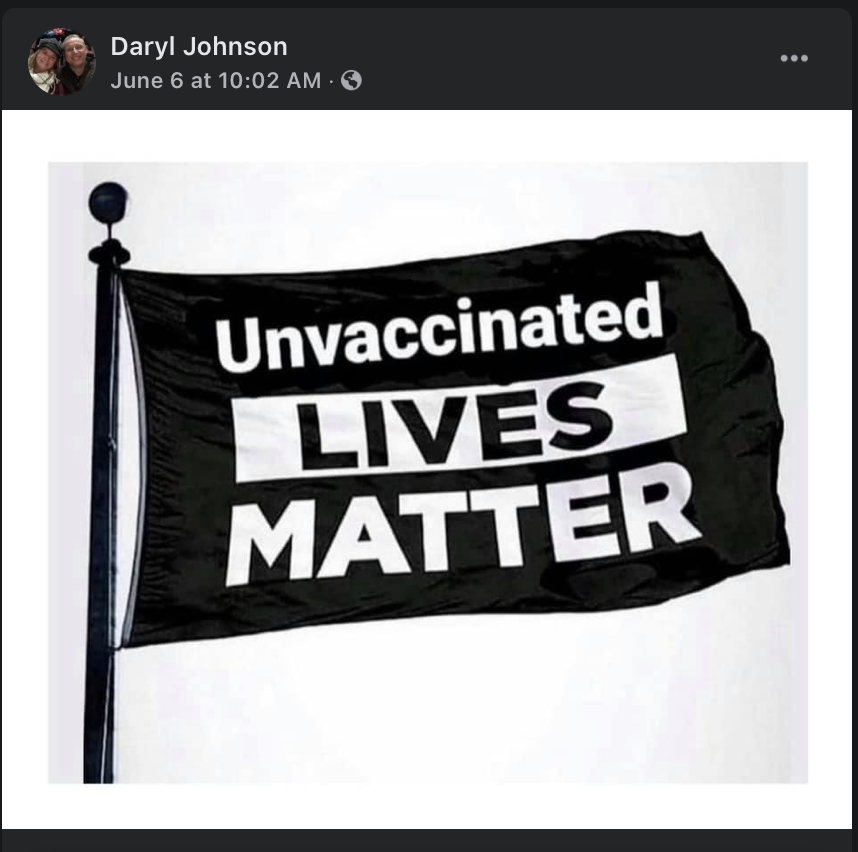 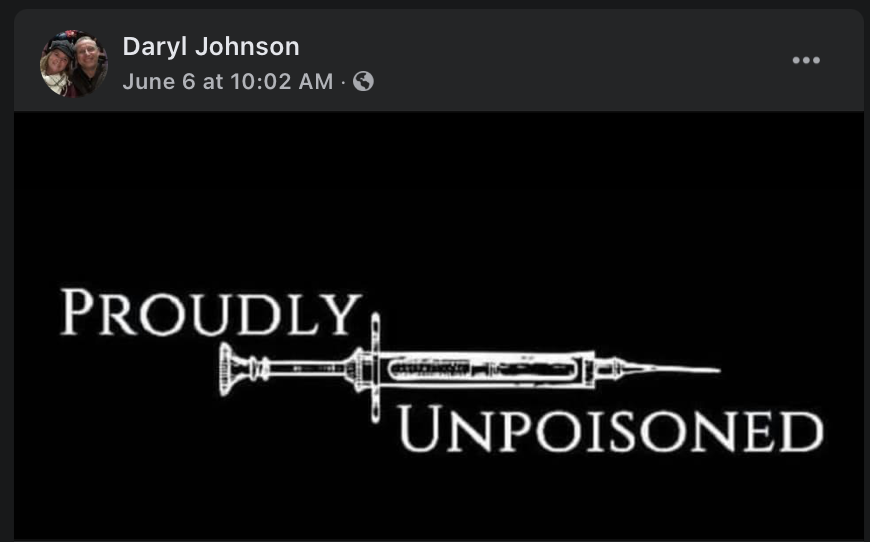 Each of the defendants faces the same charges: