Ohio Man Radicalized by Trump Tried to Blame Riots on Antifa While Admitting He Was in the Capitol. It Didn’t Work. 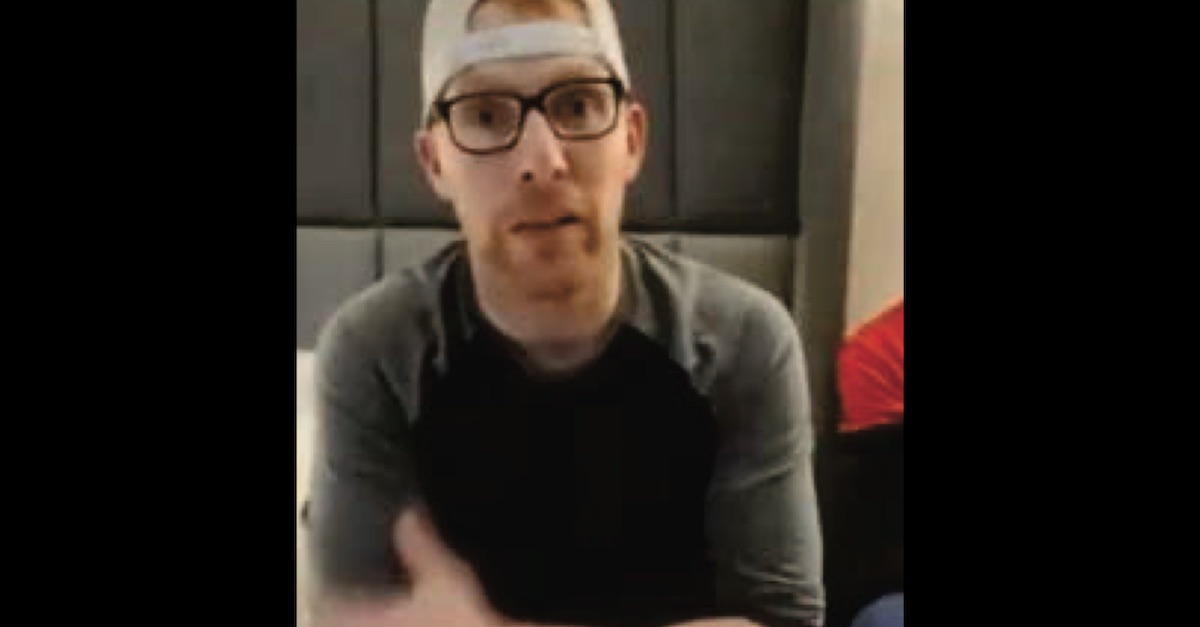 TFW you try to blame Antifa, but only incriminate yourself.

Ohio man Stephen Ayres claimed to have special knowledge that it wasn’t Donald Trump’s supporters who orchestrated the siege of the U.S. Capitol on Jan. 6. He tried to blame Antifa, but the only thing he ended up accomplishing was implicating himself in criminal offenses.

Ayres was arrested in the Northern District of Ohio on Monday. According to the FBI, Ayres and two unnamed associates took it upon themselves to post a video on social media after the Capitol siege. In that video, Ayres allegedly blamed Antifa for breaking into the Capitol. Dozens of federal criminal cases against Trump supporters show otherwise. In any event, the feds allege that Ayres blamed everyone but Trump supporters for what happened that day. It was just a vast left-wing conspiracy between … police and the media against pro-Trump individuals, Ayres suggested while acknowledging that he was inside the Capitol that day:

Also in the video, Female 1 stated that the police “moved the barricades” and let people through. The female said she had her picture taken with an individual whom she later learned was a member of Antifa and who was at the Capitol to “make us look crazy.” Male 1 stated that it was a “staged Antifa setup” coordinated by the media, police, and the Mayor of Washington, D.C. AYRES agreed that the entire incident was “definitely planned out.” AYRES said that, at one point during the incident, the police “flipped the switch and everyone dispersed from there” after the police “got what they needed.” Female 1 stated that, when “it was time to clear everybody, they were like really rough and physical with people,” and someone was “jabbing [her] with his club.”

The affidavit stated that Ayres agreed with “Male 1” when he said that the whole point of Jan. 6 was to “expose [Mike] Pence as a traitor.”

An unnamed tipster who said that they witnessed Ayres’ Facebook Live video described the defendant as acting “like he was at war.”

“At some point during the streaming video, AYRES stated that the incident at the Capitol was ‘just the beginning’ because there was ‘more to come next week,'” the affidavit said.

The FBI said that Ayres posted on Dec. 27 that he would be heading to Washington, D.C. on Jan. 6. He allegedly hoped to hear that Trump’s enemies would be tried for “treason”—a crime punishable by death. Trump falsely said on numerous occasions that his political enemies committed treason, but the affidavit indicates those falsehoods were taken very seriously by this defendant:

In another post made on December 27, 2020, AYRES stated that he “and a handful of other people are headed to D.C. for the Trump rally on the 6th!! . . . . So hopefully we are going to hear about [how] all the DS are being tried for treason!!” In the comment section of the same post, AYRES commented that it was “time for us to start standing up to tyranny! History is happening as we speak! . . . It’s time for us partiers to stand up and act! Before it’s too late!!”

On Jan. 3, Ayres allegedly posted that all of his and Trump’s perceived enemies had committed treason and are being “put on notice” by “We the People.”

In a post made on January 3, 2021, AYRES stated: “Mainstream media, social media, Democrat party, FISA courts, Chief Justice John Roberts, Joe Biden, Nancy Pelosi, etc….all have committed TREASON against a sitting U.S. president!!! All are now put on notice by ‘We The People!’”

The feds said that Ayres posted on Dec. 28 about a Trump tweet that urged supporters to go to D.C. on Jan. 6. That response used language that the then-president would later utter at the rally he held just before the deadly violence broke out at the Capitol.

“Where will you be on January 6th? Chilling at home? HOPING this country isn’t going to hell in a hand basket? Or are you willing to start fighting for the American Dream! Again!?!?” Ayres asked.

On Jan. 6, Trump told his supporters they needed to “fight like hell” or else they wouldn’t have a country anymore. 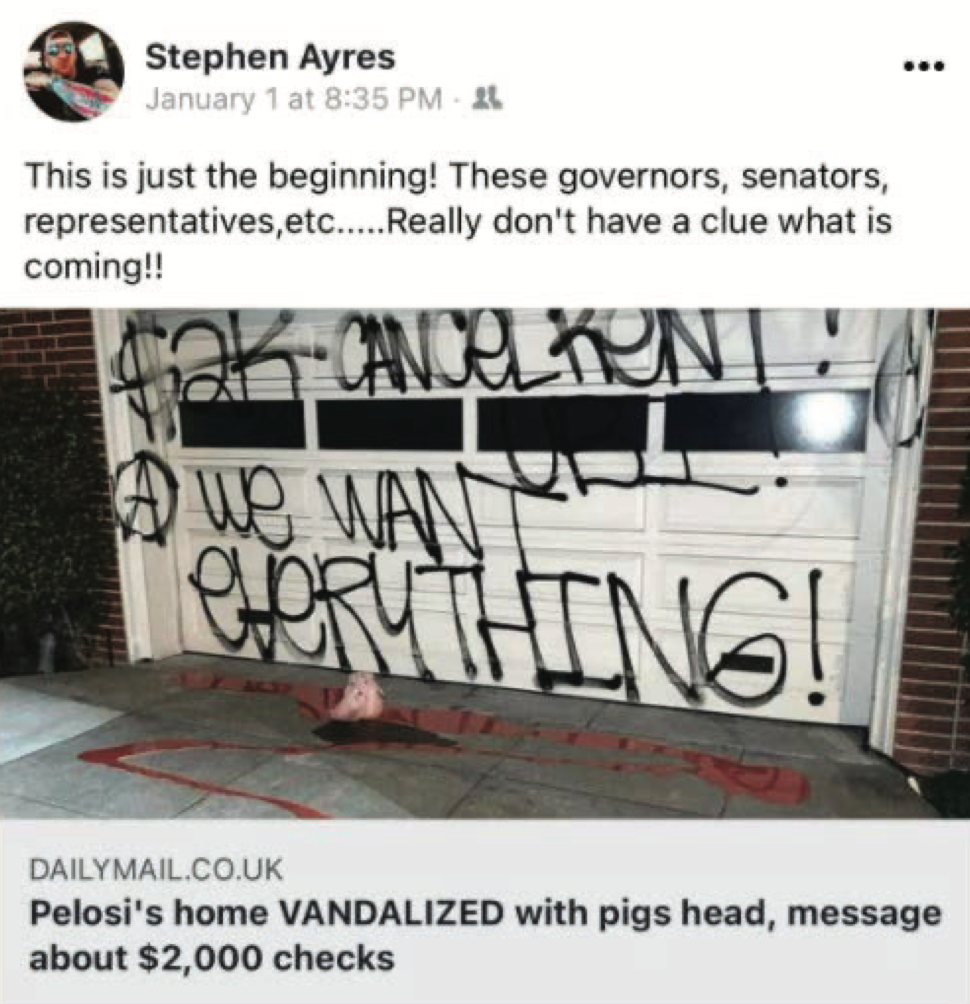 According to the affidavit, Ayres gleefully posted on Jan. 1 about Speaker Nancy Pelosi’s home being vandalized and ominously posted about things to come:

d. In the following post made on January 1, 2021, AYRES shared a picture and link to an article that purports to show that Speaker of the House Nancy Pelosi’s home was vandalized. AYRES added a caption to the post that stated, “This is just the beginning! The governors, senators, representatives, etc…..Really don’t have a clue what is coming!!”

The defendant was apparently a reader of The Gateway Pundit; the FBI said he shared an article on social media on Jan. 4 claiming Joe Biden’s Inaugural parade was “in doubt,” reinforcing his baseless belief that the election was “rigged!!!”

Interestingly, the FBI also said Ayres posted on Facebook derisively about Fox News at 7:15 p.m. on Jan. 6: “Made it on Faux News!! Front and center!! [Male 1] on the left and me on the right!” 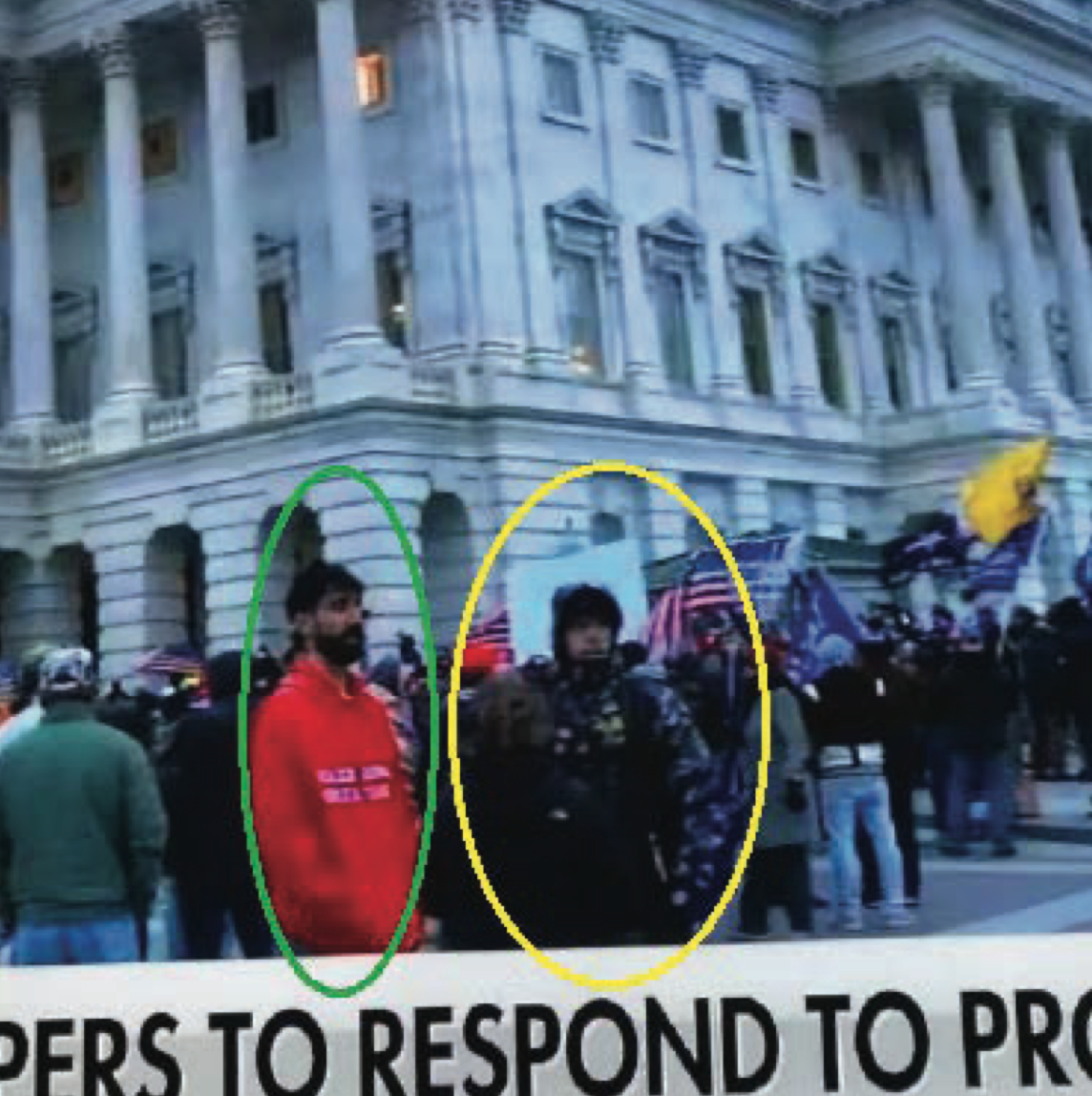 The charges against Ayres are as follows: