Sidney Powell and Others Want to Pay Less Than $44,000 in Sanctions After Trying to Overturn the 2020 Election 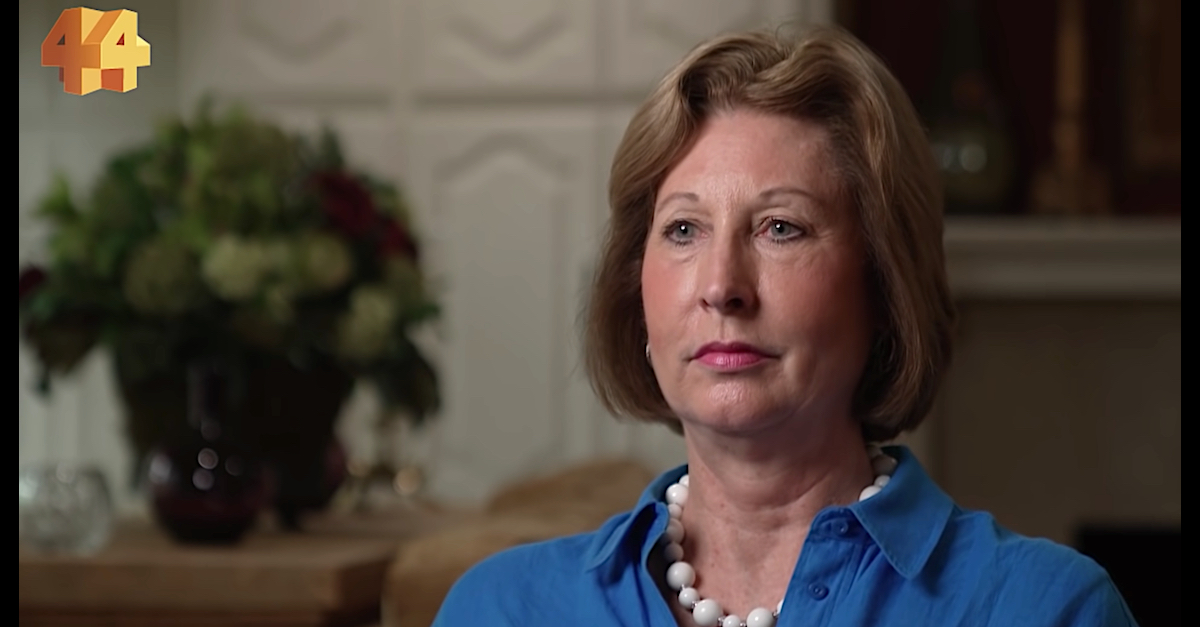 Attorney Sidney Powell and a collection of other litigators who pressed claims against the outcome of the 2020 election in Michigan have asked a federal judge to severely limit the dollar amount of sanctions sought against them by the State of Michigan and the City of Detroit.

According to federal court documents filed Wednesday, Powell and some other members of her team are objecting to the City of Detroit’s attempt to obtain a payback of $182,193.75 after the failed so-called “Kraken” litigation which took aim at former President Donald Trump’s loss in the Wolverine State. Powell and five other attorneys quickly pointed out that the city’s request was “over eight times the State Defendants’ request.” The state was asking Powell and others associated with the Kraken case to fork over $21,964.75 to reimburse time the state spent legally protecting its determination that Joe Biden beat Trump by slightly more than 154,000 votes. The state’s calculation was “based on a $395 per hour rate for attorney Heather S. Meingast and a $350 per hour rate for attorney Erik A. Grill,” Powell and the others said; they immediately noted that they “do not oppose the State Defendants’ calculations.” Rather, they used it as a benchmark for arguing that the City of Detroit’s much higher request was out of line.

Haller was a former Trump Administration official. Kleinhendler has attempted to litigate various right-wing post-election issues. He sued Major League Baseball over its decision to move its annual All-Star Game out of Atlanta; that case fell flat with a harsh ruling by a separate judge.

Powell, et al. told Judge Linda V. Parker that the focus of monetary sanctions should be to compensate the government — not to punish them for filing the case. But they also admitted that the law allows punitive sanctions in certain situations:

What follows is a mathematical attack on the City of Detroit’s calculation of its own sanctions request. For instance, Powell and her associates said the city could not seek $26,077.50 in costs related to an appeal of the underlying Kraken case because they said the law didn’t allow for reimbursements of appellate matters.

“In addition to removing appellate fees, the Court should reduce the City’s fees to be capped at what the State incurred or no more than its costs of defense of the actual suit,” the Kraken team later argued. In particular, the long-chided pro-Trump litigators said the City fudged the math on how it calculated some of the remaining $156,116.25 (assuming the court agreed to back out the appellate figure of $26,077.50 from the original request of $182,193.75). The argument surrounding the disputed $156,116.25 continued as follows:

That amount is far more than necessary to compensate the City and to deter misconduct. To the contrary, any award of fees to the city of Detroit would actually encourage additional litigation by non-parties purely for the purpose of collecting fees they generated by their own intervention and litigation.

The State Defendants achieved the same result as the City of Detroit. They both successfully opposed the plaintiffs’ motion for a temporary restraining order and they both filed successful motions for sanctions. Yet the City spent over five times the amount expended by the State Defendants to achieve the same outcomes. This significant discrepancy suggests that $156,116.25 is far more than necessary to compensate the City or to deter similar conduct in the future. It— especially as in intervenor— should be awarded no more than is awarded the state.

A reduction is also appropriate because the City misused block billing. There is no prohibition against block billing per se. See The Northeast Ohio Coalition for the Homeless v. Husted, 831 F.3d 686, 705 n.7 (6th Cir. 2016) (holding that “block billing ‘can be sufficient’ if the description of the work performed is adequate”). But a reduction may be appropriate when block billing makes it difficult to determine whether the time spent on various tasks was reasonable. Some of the City’s block entries are clear enough. In other entries, however, the City billed its work over an entire day as a single entry . . . [t]hat practice makes it difficult to determine whether the time for discrete tasks was reasonable.

“A reduction is also appropriate because multiple entries are duplicative,” the Kraken team claimed. “On August 2, 2021, two attorneys billed for drafting the same brief,” it continued. It also said the city could not seek reimbursement through sanctions proceedings for time and money spent on public relations campaigns to counter the accusations made by the pro-Trump team.

“The City also billed 2.5 hours for tasks including an attorney’s review the City’s own brief the day after it was filed,” the Kraken team alleged in yet another jab at the municipal government’s attempt to seek remuneration.

“Finally, a reduction is appropriate because the City billed in quarter-hour increments rather than tenths of an hour,” the Kraken team’s lawyers said. However, they then admitted that “[u]sing quarter-hour increments is not prohibited.” Still, they argued that the “district court has discretion to determine whether quarter-hour billing is reasonable” — and they claimed that it was not.

“Accordingly, the Court should award $21,964.75 to the State Defendants and no more than that to the City,” the Kraken team concluded.

Separate requests were lodged by Kraken-associated attorneys Lin Wood and Emily Newman. Wood’s request mirrored the Kraken team’s financial calculations. Newman’s request did as well — but it also contained an alternate reduction calculation should the court not agree to cap the City of Detroit’s sanctions in accord with the dollar amount sought by the State of Michigan.

Newman was another former Trump administration official who took to the courts to profess claims against the 2020 election. Wood faces his own troubles in Georgia and was subsequently chided for disseminating video of his own sanctions proceeding before Judge Parker — though he claimed he did nothing wrong.

Besides the hotly debated issue of monetary sanctions, Judge Parker referred the various Kraken attorneys for disciplinary action, including the possible suspension of their law licenses or possible disbarment.

Powell recently agreed with the notion that California’s recall election of Gov. Gavin Newsom (D) would be “marred by voter fraud” and decried a need for “paper ballots, real voter ID, and no machines whatsoever.” She also said there was a need to “get 2020 fixed.”

Sidney Powell says the California recall election is “marred by fraud,” claiming that in one county, 70% of those who showed up to vote were told that they had already voted. pic.twitter.com/BP6B0DPRvY

Read the various court papers below: