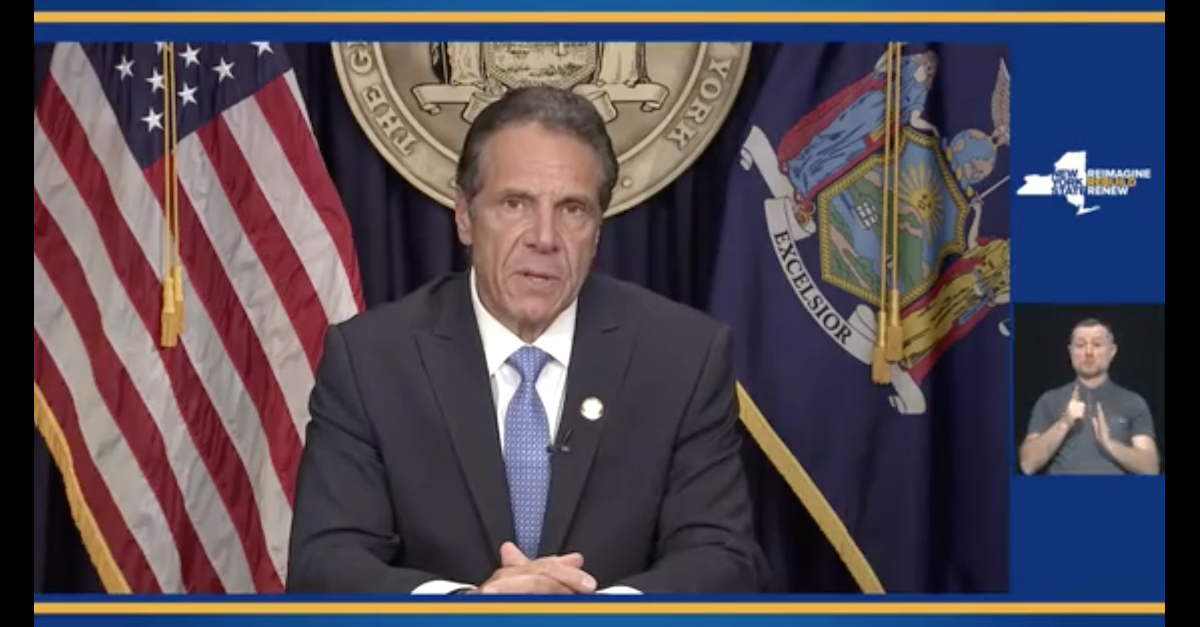 Exactly one week after a scathing attorney general report found that he “sexually harassed multiple women” in violation of state and federal law, New York Gov. Andrew Cuomo (D) announced Tuesday that he has agreed to “step aside and let government get back to government.”

His resignation becomes effective in 14 days, where he will be replaced by Lt. Gov. Kathy Hochul, a fellow Democrat.

“I agree with Governor Cuomo’s decision to step down,” Hochul wrote in a statement. “It is the right thing to do and in the best interests of New Yorkers.”

Over the course of his decade-long governorship, Cuomo has survived numerous political scandals, including a string of federal corruption prosecutions that brought down associates like his former “right-hand man” Joseph Percoco; revelations of undercounted infections and deaths in Empire State nursing homes that cast a cloud over his widely applauded leadership during the COVID-19 pandemic; and finally, serial claims of sexual harassment and abuse of women against him personally.

New York Attorney General Letitia James (D) authored two of the reports that put Cuomo on the ropes: on the nursing homes and sexual misconduct allegations. She gave the governor she helped bring down a gracious send-off.

“Today closes a sad chapter for all of New York, but it’s an important step towards justice,” James wrote in a statement.

“I thank Governor Cuomo for his contributions to our state,” she added. “The ascension of our Lieutenant Governor, Kathy Hochul, will help New York enter a new day.”

The governor initially tried to hold on to power following the release of a 165-page investigative report featuring complaints from 11 women, alleging everything from harassment to a groping incident that the governor’s lawyer characterized as a claim of “assault.”

Cuomo hemorrhaged allies, as national and local Democrats alike quickly distanced themselves from him. President Joe Biden, House Speaker Nancy Pelosi, and Senate Majority Leader Chuck Schumer all called for his resignation, and previously supportive members of the New York Assembly called for his impeachment with all “deliberate speed.”

The governor greeted each development with defiance, sending his attorneys to argue his case at a press conference where they attacked his alleged victims and impugned the motives of the prosecutors whom they claimed “ambushed” him.

That same day, the Albany County Sheriff’s Office reported that Cuomo’s groping accuser complained criminally against him—and the sheriff went out of the way to say of the woman: “she is, in fact, a victim.” Sheriff Craig Apple (D) made that blockbuster remark on Saturday during a news conference announcing the possibility of misdemeanor prosecution. The next day, Cuomo executive assistant Brittany Commisso went public for the first time, saying, “What he did to me was a crime.”

“He broke the law,” Commisso told CBS News and the Albany Times Union.

On Tuesday, the governor — acknowledged even by his harshest critics and opponents to be a pugnacious political survivor —  ended his struggle to hold onto office.

Even in stepping down, Cuomo continued to call the allegations against him “false,” casting his decision as one made so that New York government could get back to work.

The governor ended his speech hearkening to Empire State resilience to the pandemic.

“You overcame the naysayers and the haters and the fear and the division, and you’re unified and you rose and you overcame, and you save lives,” Cuomo said. “And that was powerful in its effect.”

Like his father Mario Cuomo, the departing governor will leave office having been elected three times.

With possible civil and criminal liability on the horizon, it is seen as highly unlikely that the younger Cuomo will ever nab the fourth term that eluded his father.