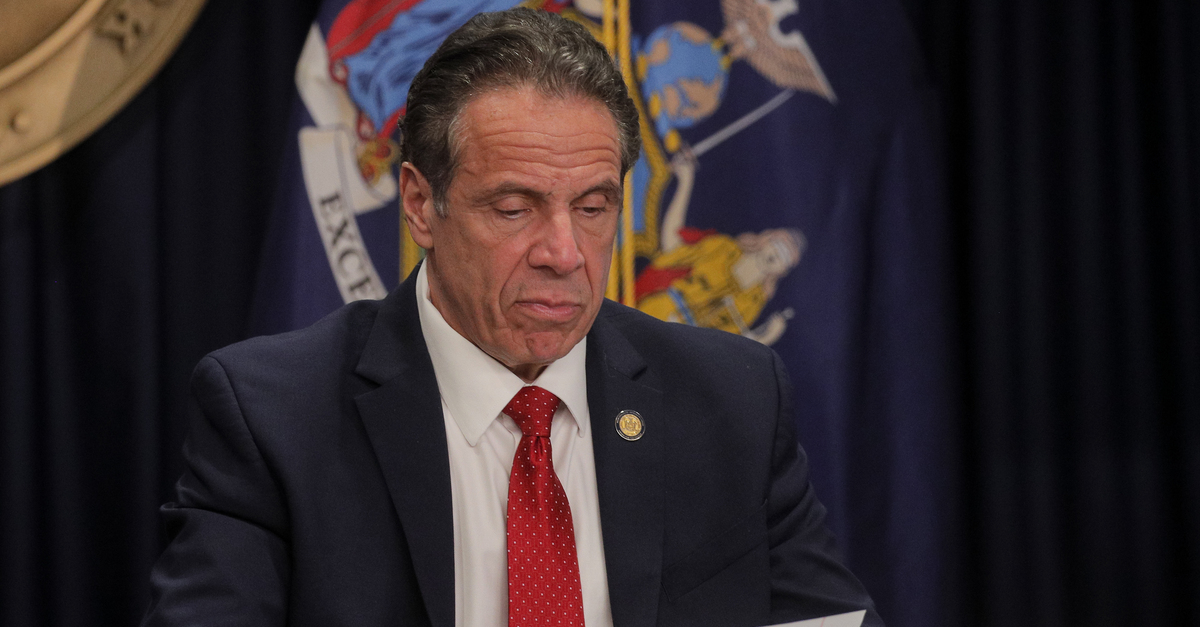 New York Governor Andrew Cuomo speaks during a news conference at his office on March 24, 2021 in New York City.

James announced on March 8 that former acting U.S. Attorney for the Southern District of New York Joon H. Kim and employment discrimination attorney Anne L. Clark would oversee an independent investigation of the sexual harassment and misconduct claims made against Cuomo.

“The Most Egregious Allegations of Physical Touching”

Both announced the findings with James at the press conference on Tuesday morning, and the conclusions of their detailed 168-page report were categorical.

“Upon completion of our independent investigation into allegations of sexual harassment brought against Governor Andrew Cuomo and the surrounding circumstances, we have reached the conclusion that the Governor sexually harassed a number of State employees through unwelcome and unwanted touching, as well as by making numerous offensive and sexually suggestive comments,” the report’s conclusion reads. “We find that such conduct was part of a pattern of behavior that extended to his interactions with others outside of State government.”

Those findings follow a massive investigation that interviewed 179 people, including the women who complained about his behavior, “current and former members of the Executive Chamber, State Troopers, additional state employees, and others who interacted regularly with the governor.” The report details allegations by 11 women, including Cuomo’s well-known accusers like ex-aide Charlotte Bennett, former special advisor Lindsey Boylan, and an anonymous current aide to the Executive Chamber, who alleged the governor groped her.

“I will say that it’s our understanding that for the young woman who breast was groped to the Albany Police Department already has report about that,” Clark said about that alleged incident.

As described in the report, Cuomo touched the executive assistant’s backside “during hugs and, on one occasion, while taking selfies with him” and “during another close hug with Executive Assistant #1, reached under her blouse and grabbed her breast.”

“For over three months, Executive Assistant #1 kept this groping incident to herself and planned to take it ‘to the grave,’ but found herself becoming emotional (in a way that was visible to her colleagues in the Executive Chamber) while watching the Governor state, at a press conference on March 3, 2021, that he had never ‘touched anyone inappropriately,'” the report states.

In a footnote, the attorney general’s investigators recused themselves from weighing the possible criminal consequences of that incident.

“We understand that certain criminal authorities, including the Albany Police Department, have been alerted to the most egregious allegations of physical touching, including the groping of Executive Assistant #1,” the footnote states. “While concluding that the Governor engaged in unlawful sexual harassment, we do not reach in this report a conclusion as to whether the conduct amounts to or should be the subject of criminal prosecution.”

“You Make That Gown Look Good”

Before New York’s nursing home scandal—which Attorney General James also played a key role in exposing—Cuomo’s daily press briefings during the COVID-19 pandemic endeared the governor to many across the United States. Cuomo sought to project a science-based approach to controlling the coronavirus that prompted him to take a nasal-swab test on live television.

The doctor who performed the test on him, then-Director at New York State’s Department of Health Elizabeth Dufort, became one of the complainants.

“Nice to see you, Doctor—you make that gown look good,” a transcript from Cuomo’s press briefing on May 17, 2020 records him stating.

Quoting that line in the report, investigators said that the woman “found the Governor’s comments offensive and that they would not have been made to an accomplished physician who was a man.”

Another of Cuomo’s complainants, a New York State Trooper, told investigators that the governor “sexually harassed her on a number of occasions.” The trooper told investigators that Cuomo ran his hand across her stomach, from her belly button to her right hip, while she held a door open for him at an event. She also said Cuomo ran his finger from the top of her neck down her spine to the middle of her back, saying “hey, you,” while she was standing in front of him in an elevator, according to the report.

The trooper also said that Cuomo “kissing her (and only her) on the cheek in front of another Trooper” and asked to “kiss her on another occasion, which she deflected.”

Providing an example of “sexually suggestive and gender-based comments,” the trooper said Cuomo asked her why she did not wear a dress and inquired why she wanted to get married when that means “your sex drive goes down.”

James said that the investigation “revealed conduct that corrodes the very fabric and character of our state government and shines light on injustice that can be present at the highest levels of government.”

“But none of this, none of this would have been illuminated if not for the heroic women who came forward,” James said.

Late last month, Cuomo attacked the investigation by impugning those who led it, telling a reporter to “Google” their background. The governor’s grievances with at least Joon Kim is well-known to close observers of New York politics.

When serving as U.S. Attorney, Kim helped spearhead the string of corruption cases that brought down Cuomo’s ex-deputy Joseph Percoco, who was known as the governor’s “right-hand man.”