‘The Assembly Needs to Act with Deliberate Speed’: Gov. Cuomo Hemorrhages Allies as His Own Party Clamors for Resignation or Impeachment 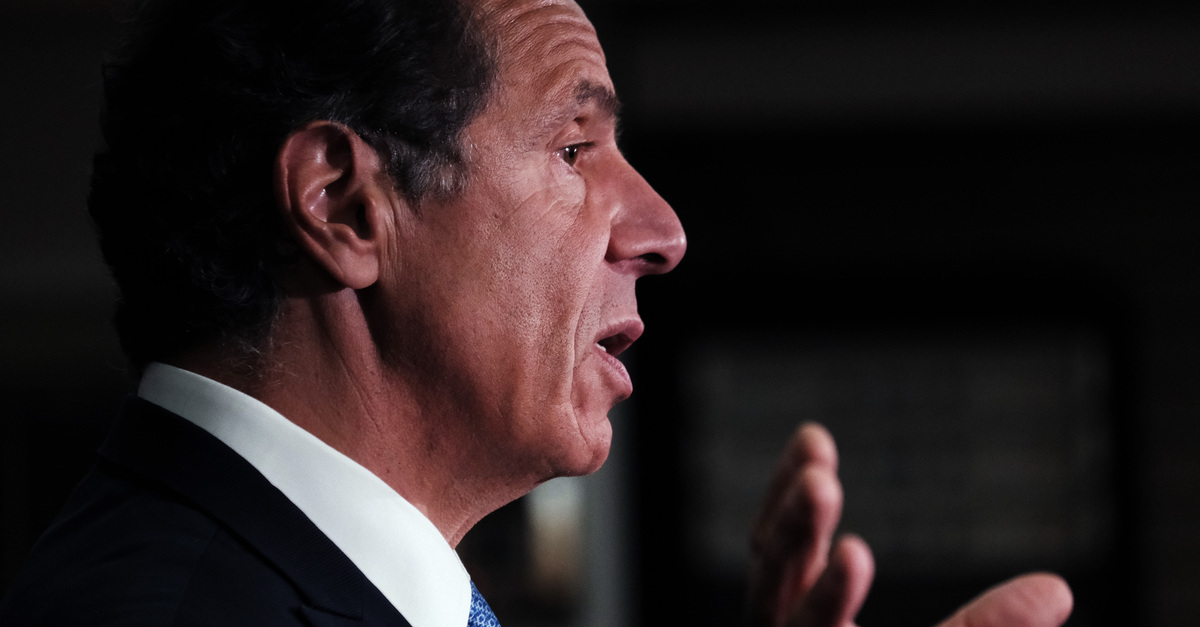 When news of an attorney general investigation into his sexual harassment scandal broke in March, New York Gov. Andrew Cuomo (D) tried to hang onto his political empire by urging his allies to let the probe play out and reserve judgment until it ended.

The plea barely worked then, with prominent Democrats in the U.S. House and Senate lining up to call for his resignation.

Now that the results are in—in the form of a 165-page report finding he sexually harassed multiple women in violation of state and federal law—everyone from President Joe Biden to House Speaker Nancy Pelosi have demanded his resignation.

Should Cuomo continue to resist that chorus—and his defiant press conference Tuesday suggests he might—several New York Assembly members told Law&Crime that they want to move quickly toward impeachment.

“Do They Have the Political Will to Impeach the Governor?”

“Along with the public, today we have been made aware of the final independent report from AG Letitia James’ office regarding Governor Cuomo’s conduct as they relate to violations of civil harassment statutes,” Albany County District Attorney David Soares (D) said in a “significant” Tuesday afternoon statement.

“We will be formally requesting investigative materials obtained by the AG’s Office, and we welcome any victim to contact our office with additional information,” the DA’s statement continued. “As this matter is developing and we are reviewing the document released by the Attorney General today, we will refrain from any additional public comment at this time regarding the status of the ongoing criminal investigation by our office.”

Fallout in response to the dual-pronged law enforcement assault on the governor’s political viability was quick and fierce–longtime critics, allies and those on the sidelines said publicly that they believed the Cuomo era necessarily must draw to a close sooner rather than later.

The governor’s ultimate fate, however, as has long been the case rests in the hands of the Democratic Party-controlled New York State Assembly–where the votes to impeach have simply not been there. At least, some members now feel, until the release of James’s report.

Assemblymember and Democrat Steve Englebright, who previously resisted calls for Cuomo’s resignation or impeachment, now believes the governor should resign–or be impeached if he refuses to resign.

“I supported the idea of letting the facts be researched and reported on,” Englebright told Law&Crime during a phone call. “As of today, I think that the AG’s findings are clear and condemning and I think Gov. Andrew Cuomo should resign. At this moment I am of the opinion that the Assembly needs to act with deliberate speed to impeach.”

But one member does not an impeachment make and the governor still sits atop a powerful state apparatus–as well as a fairly effective bully pulpit from where he can publicly plead his case.

“I expect the Governor to argue that the Assembly should allow any investigations and civil actions to run their course,” attorney and Tulane Law Adjunct Professor Ross Garber, an expert on impeachment and political investigations, told Law&Crime in an email. “The question now is for the Speaker and Democratic leaders in the Assembly. Do they have the political will to impeach the Governor?”

“We Will Move Expeditiously”

Law&Crime directly asked steadfast Cuomo critic, Democrat and Assemblymember Yuh-Line Niou whether the Democratic New York State Assembly, long a bulwark for the governor, had any such political will in light of the AG’s report and Albany DA’s criminal inquiry.

“Yes,” she said in a message. “But the speaker has to let [the articles of impeachment on] to the floor and call us back.”

By the end of the day, the prospect of that action seemed to be all-but a foregone conclusion.

Assembly Speaker Rep. Carl Heastie, a Democrat viewed as a close ally of the governor who has intentionally drawn out the impeachment process–and been accused of an outright cover-up by an attorney for one of the governor’s accusers–signaled that Cuomo has since lost many of his friends in Albany.

“After our conference this afternoon to discuss the Attorney General’s report concerning sexual harassment allegations against Governor Cuomo, it is abundantly clear to me that the Governor has lost the confidence of the Assembly Democratic majority and that he can no longer remain in office,” the speaker said in a late Tuesday statement. “Once we receive all relevant documents and evidence from the Attorney General, we will move expeditiously and look to conclude our impeachment investigation as quickly as possible.”

Hiring a lawyer to draft a rebuttal, Cuomo’s answer to the attorney general report was widely panned montage showing Cuomo and other politicians kissing and hugging random people. Garber was not impressed by his televised remarks, either.

“Cuomo video defense not effective,” Garber said in response to Heastie’s public about-face. “I expect him to now focus on demanding due process in impeachment proceedings.”

A series of drips throughout the day resulted in several more changes of heart from Empire State legislators.

Assemblymember Daniel Rosenthal told Law&Crime he has now moved into the impeachment column. The Democrat previously called for Cuomo to resign but stopped short of calling for impeachment.

Assemblymember Judy Griffin released a statement in response to James’s report noting she now supports impeachment. Griffin also previously called for the governor’s resignation but had not endorsed removal. In an email, her staff confirmed to Law&Crime that Griffin will vote to impeach Cuomo if a resolution is brought to the floor.

“Based on the Attorney General’s report, I believe Governor Cuomo should resign,” Assemblymember Steven Cymbrowitz, a Democrat and former Cuomo stalwart, told Law&Crime in an email. “If the Judiciary Committee, based on its findings, votes to impeach the Governor, I too will vote ‘yes’ to impeach.”

Assemblymember Fred Thiele is not a Democrat–though he currently caucuses with the party. In a statement provided to Law&Crime, he also said that he concurred with the findings included in the attorney general’s report and now supported impeachment.

“The findings of the report are clear,” the political Independent’s statement said. “The harrowing details depicted in the report confirm that Governor Andrew Cuomo sexually harassed current and former state employees and created a hostile work environment. In his response to the report, the Governor has made evident that he has no intentions of resigning. Therefore, the Assembly must move with all deliberate speed to begin impeach proceedings.”

As Tuesday drew to a close, two members of the New York State Assembly told Law&Crime that the votes to impeach were there-that the day’s news had produced a marked shift in their thinking and that the majority of Democrats now supported removing the governor.