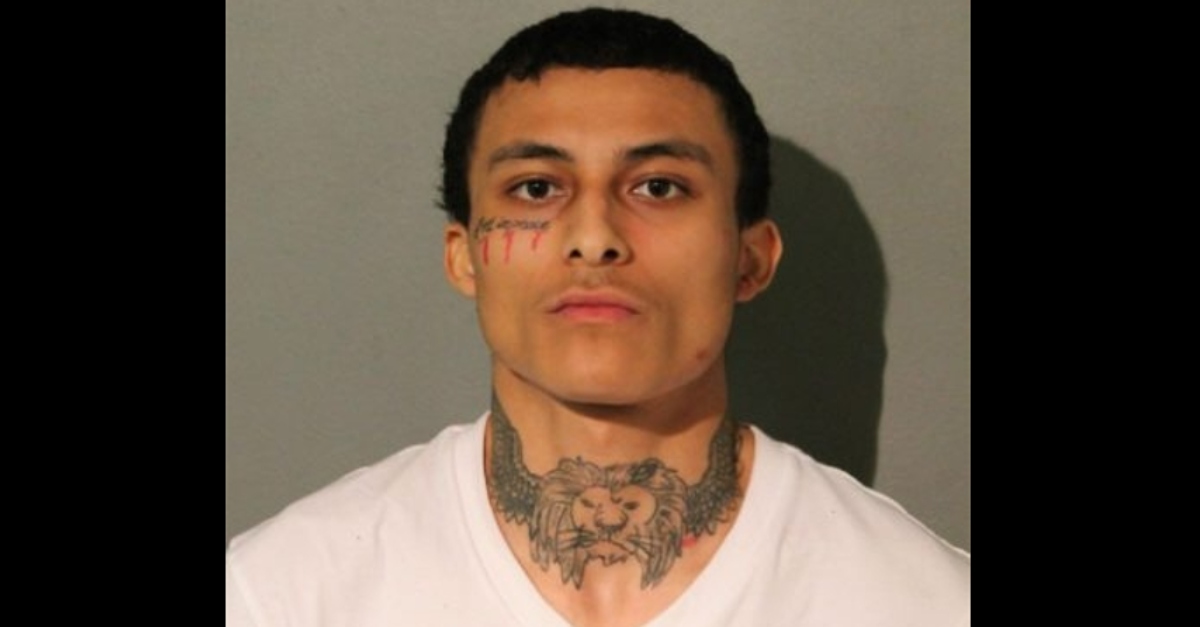 Emonte Morgan in a 2019 booking photo.

Legally speaking, the other shoe dropped for a man accused of shooting and killing a Chicago cop during a traffic stop on Saturday. Emonte Morgan, 21, was now booked on actual charges for killing police officer Ella French, 29, said Police Superintendent David O’Neal Brown on Monday. His brother Eric Morgan and another man also face charges from the same incident. (Reports widely list Eric Morgan’s age as 22, though Brown said he is 19.)

CPD updates the media regarding the police investigation from 6300 S. Bell. https://t.co/wbvqfYm7YC

Police previously said that French and her partner pulled over a car with three occupants on Saturday. The stop was for expired plates, Brown said on Monday. Morgan was the male passenger in the vehicle, he said. There was struggle that went from the trunk of the vehicle to near the inside of the car, the superintendent said. As Brown described it, shots rang out from the passenger-side front seat. Morgan fatally shot French, according to police. Officers fired back, striking one of the people in the vehicle, Brown said. The superintendent did not say who.

Morgan is charged with one count of first-degree murder and one count of unlawful use of a weapon by a felon. He also allegedly shot French’s partner on the force, putting the man in critical condition, and also allegedly tried to strike a third officer. Hence, he faces two counts of attempted murder of a police officer for the alleged attacks on officers other than French.

French’s partner, a six-year veteran of the department, was not identified. Police initially described him as being in critical condition. He is “incrementally improving,” Brown said on Monday. 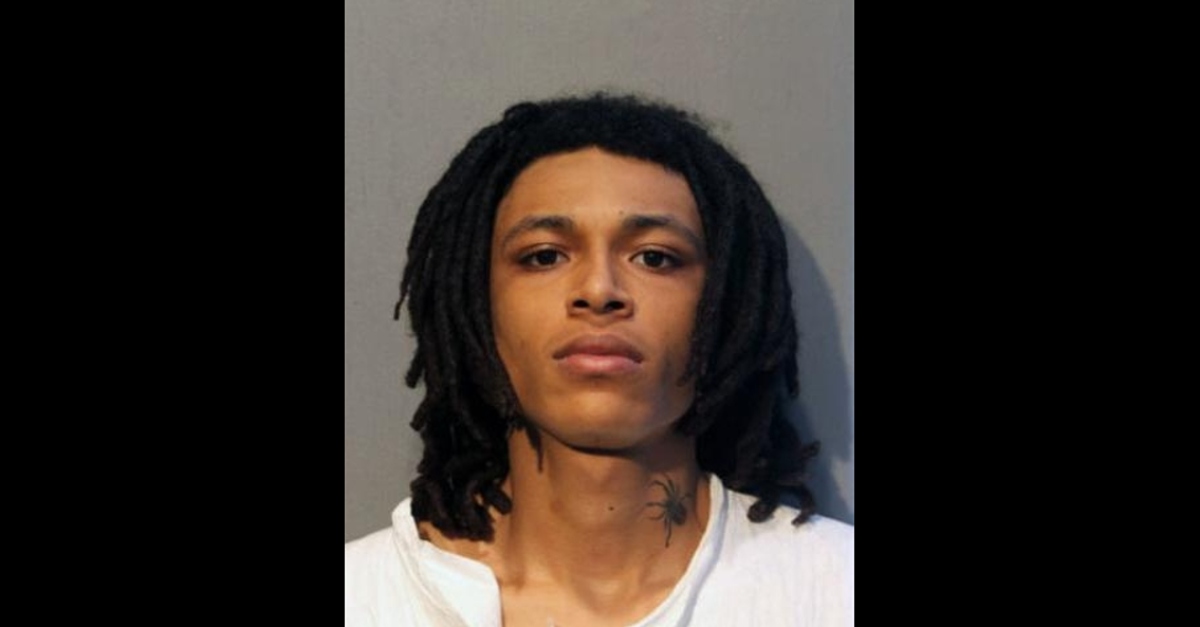 Brown described a “young woman” as being in the car, but she was released.

“If we had evidence, we would certainly charge her,” he said.

A third criminal case has also been filed in connection with Emonte Morgan’s alleged shooting of French. Authorities say Jamel Danzy, 29, bought a gun from a federal firearms dealer in Hammond, Indiana on behalf of Eric Morgan, who he knew could not buy the gun because of a felony criminal conviction. He is charged with knowingly transferring and giving a firearm to an out of state resident and knowingly disposing of a firearm to a convicted felon, said Brown. He was not there when Morgan shot French, authorities clarified.

Online records show that Danzy is charged with conspiracy to defraud the United States. His attorney of record did not immediately respond to a Law&Crime request for comment. It is unclear if the Morgan brothers have attorneys of record.

Ella’s brother Andrew French has remembered her as uniquely kind-hearted.

“She was a humanitarian,” he told The Chicago Tribune. “She believed in human rights. She was one of the officers on the force that thought they needed reform. Because she’s seen the front line, just like I have. She’s always been a very caring person . . . . When I was in Iraq, me and her, we talked. And she has some attributes that you don’t find in this world anymore.”

Brown highlighted increased rates of shootings at officers, with 79 being struck or fired at last year. That was a 500 percent increase from 2019, he said. French’s death happens amid an ongoing national debate on the precise role of law enforcement in society. The Chicago Police Department has been a focal point of the discussion in recent years. For example, Officer Jason Van Dyke was sent to prison for killing 17-year-old Laquan McDonald. The teen had a knife during the fateful 2014 confrontation, was high on PCP, and had caused property damage including slashing a squad car’s tire, but by finding Van Dyke guilty of second-degree murder, jurors determined that while the officer believed he was in danger, that fear was unreasonable at the moment he shot McDonald 16 times.

Criticism of police action often resulted in high-profile blowback from supporters, police unions, and some politicians, who argue that such criticism puts officers at increased risk. Chicago police turned their backs on Mayor Lori Lightfoot (D) on Saturday in the aftermath of the shooting, with French’s father (a retired officer) yelling at and blaming Lightfoot, according to sources in a Chicago Sun-Times report.

“They did the about-face,” said one person, who was not named. “It looked like it had been choreographed.”

“This constant strife is not what we need in this moment,” she said. “Police are not our enemies.”

Brown highlighted the bleak morale in his statement on Monday, saying officers felt unappreciated and complaining that the risks officers bear are not given due attention in the media.

“I’m going to say it how they’ve said it to me,” he said. “They feel alone. They feel unsupported. They feel like no one appreciates the work they do. They’re human. They have a lot of expressions of discouragement, and I would just ask the people of Chicago to support their police officers with kind words of support. In addition to that, I think that the people of Chicago need to — if you’re a person of faith especially — pray. Not only for the recovery of our officer fighting for his life, but also pray that these officers will be encouraged to continue to risk their lives for each and every one of you.”