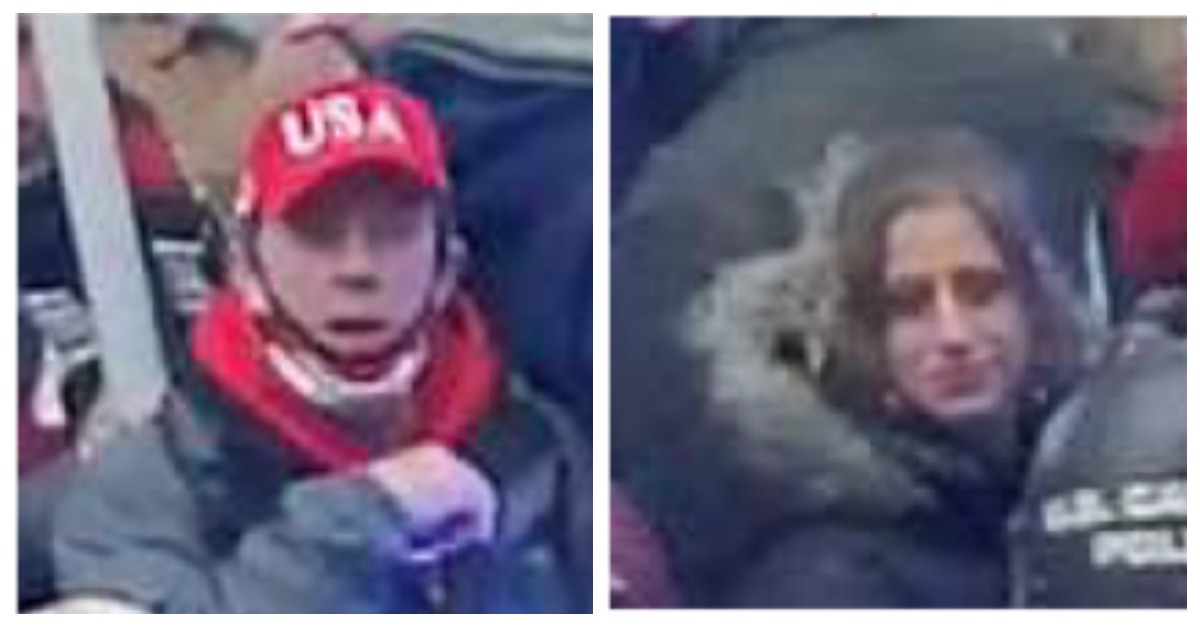 A Maryland couple has been arrested in connection with the Jan. 6th siege at the U.S. Capitol Complex

Christopher Price and Cynthia Ballenger were charged in a federal criminal complaint on Monday. According to federal court documents, each defendant is accused of four distinct counts which are in turn grouped together under two different federal criminal statutes: (1) entering restricted buildings or grounds; and (2) violent entry or disorderly conduct. Prosecutors have recently begun parceling out the separate subsections in such cases where different elements of the alleged offense are involved. Ultimately, however, a federal court is likely to roll the charged offenses under each subsection into one charge. If convicted as charged, each defendant faces a maximum 18 months in prison.

Federal authorities were anonymously tipped off to the defendants’ alleged participation in the riot on Jan. 12 in a message that claimed Ballenger and her husband were “part of the crowd that entered” the national seat of legislative government on the day in question.

According to the anonymous tipster, the couple had posted videos about their experience at the Capitol on their social media accounts but later removed them — while leaving up the comments on the posts.

After a review of the couple’s Facebook profiles, the FBI determined the two were married and that they had traveled from their residence in Emmitsburg, Md. to Washington, D.C. Union Station — the federal district’s major intermodal transit hub — on Jan. 6.

According to the criminal complaint, an unnamed person wrote on one post to ask if Price and Ballenger had “[broken] any windows today?” To which Ballenger allegedly replied: “mostly peaceful.”

Another unnamed person cited in the complaint also posted to ask if Price had received “a free tour of the Capitol building today?” Ballenger allegedly responded with a thumbs up emoji. Regarding said emoji, an FBI agent wrote: “which I understand to mean yes.”

Several search warrants served against Facebook and Google later allowed the FBI to determine that Ballenger and Price had logged into their wireless devices and used their online profiles for roughly an hour and two hours, respectively, while inside the U.S. Capitol.

After that, federal agents scoured surveillance footage and came away with images that appeared to match each of the defendants’ pictures on their drivers licenses.

A separate series of search warrants were then served against AT&T — leading to numerous phone records and eventually to allegedly incriminating evidence from a friend of the family.

After being contacted by the FBI, that friend provided images of a tell-tale conversation via SMS and MMS messaging.

Price allegedly sent their friend a text message on Jan. 6 that said: “We’re just taking over the capitol.” The friend replied: “Trump said to be peaceful.” Price allegedly replied back with a photograph and captioned it: “Tear gas and explosions going off.”

“Worth fighting for Trump,” he allegedly texted later on.

The criminal complaint documents several additional text and picture message volleys between Price and the unnamed friend — many of which purport to document how cold the man’s wife was given the temperature that January day.

During an FBI interview in late June, Ballenger disclaimed any responsibility for being among the lawless–telling investigators that there “were different categories of people” in attendance and that “she believed that she and Price were on the low-end of the spectrum,” according to the complaint.

Price, during his own separate interview, said that “hypothetically” if he and his wife were at the Capitol on Jan. 6 then “they were not among those causing problems but may have been swept up and just followed the crowd,” the complaint alleges.