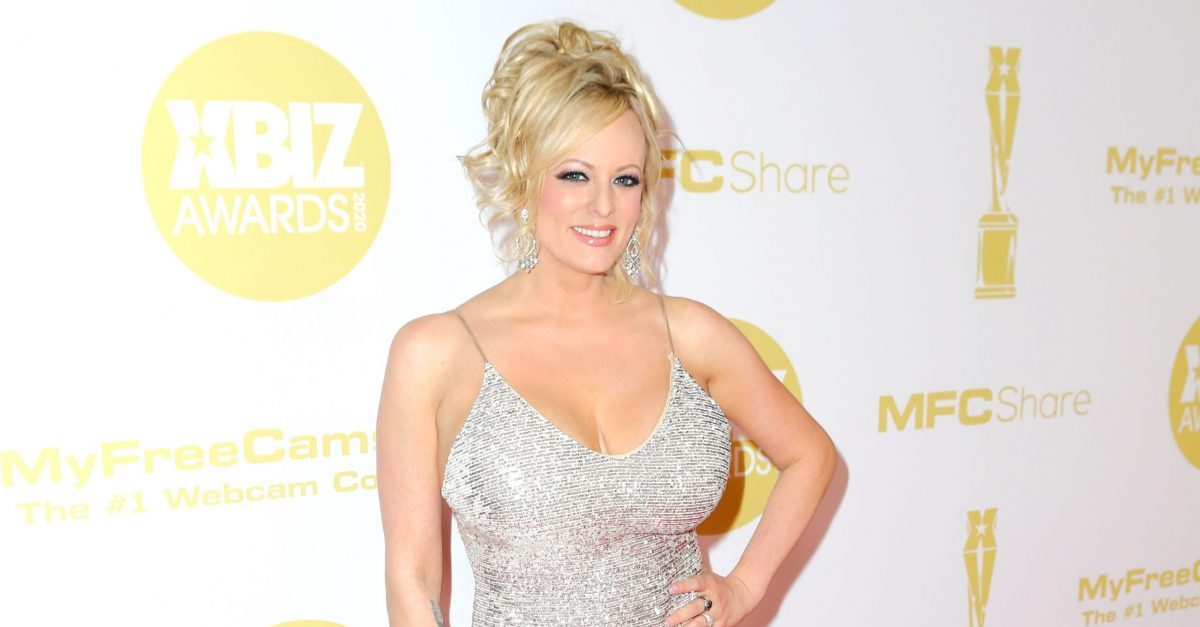 The unpublished (read: nonprecedential) opinion was filed directly on the lower district court’s docket and does not, as of the time of this writing, appear on the case docket for the requisite Ninth Circuit case. Nor does the opinion yet reside on the Ninth Circuit’s website which contains recent opinions.

“We lack jurisdiction over Clifford’s appeal of the underlying order granting attorneys’ fees,” the judges wrote in unison.

That brief line left in place a lower court’s decision on attorneys’ fees — which the lower court calculated as follows via a December 2018 order [bolding of names ours]:

The district court judge said the fees were entirely appropriate given the nature of the matter and the expertise of the lawyers employed.

In reviewing the rates charged by Defendant’s attorneys, the Court agrees with Defendant that his attorneys are incredibly qualified, and that the law firm of Harder LLP has specific expertise in the fields of media and defamation law. The Court also is mindful of the fact that the instant litigation is unique in its nature and scope. It involves a defamation claim against the sitting President of the United States based on a tweet issued by the President from his personal Twitter account. The President has used this Twitter account extensively, both during his campaign and afterwards. The litigation before this Court therefore impacts what the President may or may not say in a public forum.

The Ninth Circuit refused to touch that amount, and the judges explained why.

“Because the district court’s 2018 order granting attorneys’ fees was a final judgment, we have no jurisdiction over Clifford’s appeal of that award,” the appellate court wrote. “To invoke this court’s jurisdiction over an appeal, a notice of appeal must be filed with the district clerk within 30 days after the judgment or order appealed from is entered. Because Clifford did not file a notice of appeal as to the 2018 order until August 24, 2020, her appeal from the attorneys’ fees award was untimely.”

Stormy Daniels suggested on Twitter that the amount may not immediately be forthcoming.

“I will go to jail before I pay a penny,” the adult film star wrote.

I will go to jail before I pay a penny

The Ninth Circuit matter was decided on the briefs and not on oral argument, the circuit court’s opinion indicates.

According to the lawsuit, Daniels had sex with Trump in Lake Tahoe in the summer of 2006. In 2011, she says she began speaking with In Touch magazine about the affair. Daniels claimed a man threatened her in a Las Vegas parking lot “a few weeks” after she spoke with In Touch.

“That’s a beautiful little girl,” the man allegedly continued. “It’d be a shame if something happened to her mom.”

The lawsuit says Daniels took the encounter as a “direct threat.”

Later, a forensic artist created an image which purported to show the heretofore unidentified man. Trump pilloried the image.

“A sketch years later about a nonexistent man,” Trump tweeted. “A total can job, playing the Fake News Media for Fools (but they know it)!”

“The Court holds that Mr. Trump’s tweet is ‘rhetorical hyperbole’ and is protected by the First Amendment,” Otero wrote.  “Plaintiff cannot amend the Complaint in a way that challenges this holding.”

That paved the way for the filing for attorneys’ fees by Trump — which the Ninth Circuit agreed was just.