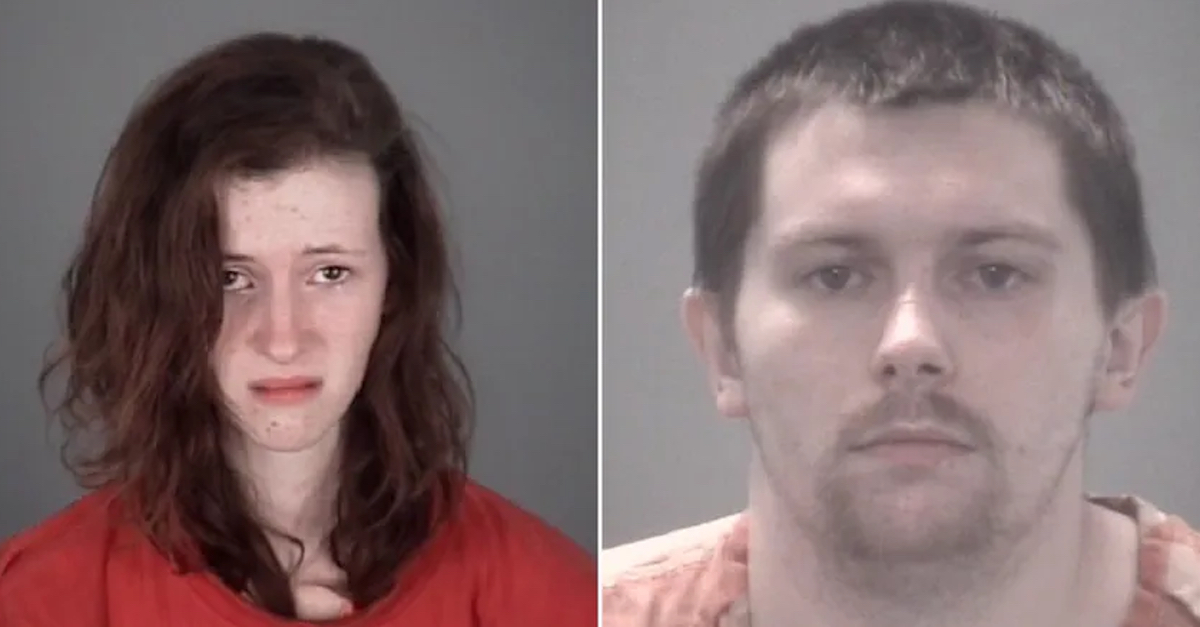 A mother and father in Florida are behind bars this week after authorities say their toddler son died from an overdose of methamphetamine and fentanyl. Andrea Smarr, 26, and John Valiquette, 24, were arrested last week and charged with one count each of aggravated negligence manslaughter in the death of 14-month-old James Valiquette, court documents reviewed by Law&Crime show.

Charging documents state that Smarr and Valiquette “failed to ensure the safety of the Victim by allowing him access to narcotics within the residence” which ultimately “led to the cause of the Victim’s death.”

According to a probable cause affidavit filed in Pasco County, a detective with the New Port Richey Police Department on Jan. 6, 2022 responded to a home located in the in the 5000 block of Hillside Drive to investigate a call about a deceased child. Upon arriving at the residence, Detective Edward Campbell discovered James in a “pack and play” style crib. The child was clearly deceased but had “no obvious signs of injury,” per the affidavit.

“Rigor mortis had completely set in and lividity was consistent with the positioning of the body,” Det. Campbell wrote in the affidavit. “A thick milky mucous was seen around the Victim’s mouth and nose.”

In a subsequent consent search of the residence, police allegedly seized multiple pieces of property, including several items that were “indicative of narcotic use” — such as small scraps of burnt tinfoil and smoking pipes. Actual narcotics, including methamphetamine and fentanyl, were also allegedly found in the home.

Det. Campbell interviewed Smarr, who allegedly said that she placed the victim in his crib at approximately 10:30 p.m. on Jan. 5. Smarr said the baby was “alive and well” when she put him down. However, when she went to check on him at approximately 10:50 a.m. the following morning she allegedly found him deceased, per the affidavit.

As the search of the residence continued, investigators say they found a surveillance camera located in the living room that allegedly captured the events that led to the victim’s death.

Per the affidavit, the video showed Valiquette on Jan. 5 at approximately 9:55 p.m. fall asleep on the floor — an act which then allowed the victim to “roam around the living room unsupervised.” The victim at approximately 10:17 p.m. “goes between the sofa and coffee table and picks up what appears to be a scrap of tin foil from the floor,” the affidavit states. He then “places it in his mouth and gets onto the sofa,” the paperwork indicates.

Only five minutes later, at approximately 10:22 p.m., the video allegedly showed Smarr walk into the living room carrying a pipe described in the affidavit as the type “commonly used to smoke methamphetamine.”

“She realizes the Victim has something in his mouth and she quickly removes it,” Det. Campbell wrote, referring to the piece of tinfoil.

Smarr then brought the baby into his room and placed him in the crib, the police said. A camera located in the victim’s room allegedly showed that the child was still moving at the time he was placed in the crib.

Additional review of surveillance footage allegedly appeared to show Valiquette drop the drugs that the child ingested in the early morning hours of Jan. 5. Valiquette at approximately 4:37 a.m. was in the living room when he can be seen “falling asleep while standing up watching television.”

“At 4:38 AM, he takes a piece of tin foil off of the coffee table. He unfolds it and appears to look at it,” the affidavit states. “He sits down on the sofa and at 4:45 AM falls asleep dropping the piece of tin foil onto the living room floor, in between the sofa and coffee table. He is not observed in the video ever picking the tin foil up from the floor.”

The foil Valiquette can allegedly be seen dropping was “consistent in appearance” as being “the same piece the Victim later placed in his mouth” before being put to bed.

A medical examiner conducted an autopsy which determined that the Victim’s cause of death was “multi-drug toxicity” — with levels of methamphetamine and fentanyl both being found in his system.

Arrest records show that on March 15, 2022 Valiquette was arrested and charged with multiple counts of possession of narcotics. The manslaughter charge was added to the litany of other counts two days later.

Read the filed complaints below.