Genius Wore Jacket with His Company’s Name and Phone Number on It While Storming the Capitol, Kicking in Window 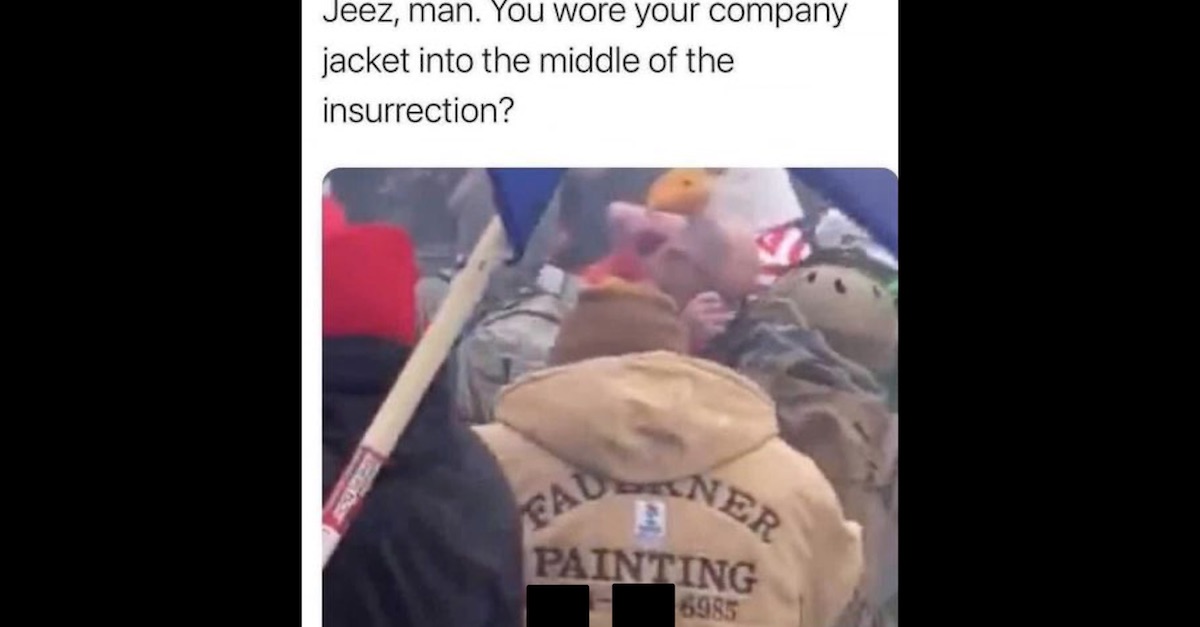 They had his number.

Federal authorities identified an Ohio man as a Capitol invader by merely looking at the name and number on the jacket he was wearing while storming the Capitol and kicking in a window. As a result, Troy Faulkner, 39, now faces several federal charges.

The FBI said that it saw Faulkner on a YouTube video kicking in a Capitol window. But before that happened, the defendant was facing away from the camera and his jacket was exposed. This was important because that was a jacket identifying his painting business:

In the video, before jumping up on a ledge to kick in the window, FAULKNER could be seen facing away from the camera with his back turned. On the back of his jacket, there is the name of a company “FAULKNER PAINTING” and the telephone number “XXX-XXX- 6985.” Your affiant was able to confirm through the Ohio Secretary of State’s website that FAULKNER did own a painting business in his name consistent with the company’s logo on the back of the jacket.

This makes Faulkner at least the second Capitol rioter to be busted because of the jacket they chose to wear on Jan. 6.

Faulkner’s decision to report himself to the FBI stands in stark contrast to what allegedly said on Facebook days earlier.

To hear the FBI tell it, Faulkner talked a big game on Facebook about taking the fight right to the government, unlike Black Lives Matter protesters. Faulkner allegedly said BLM was too “p**** ass” to try this. 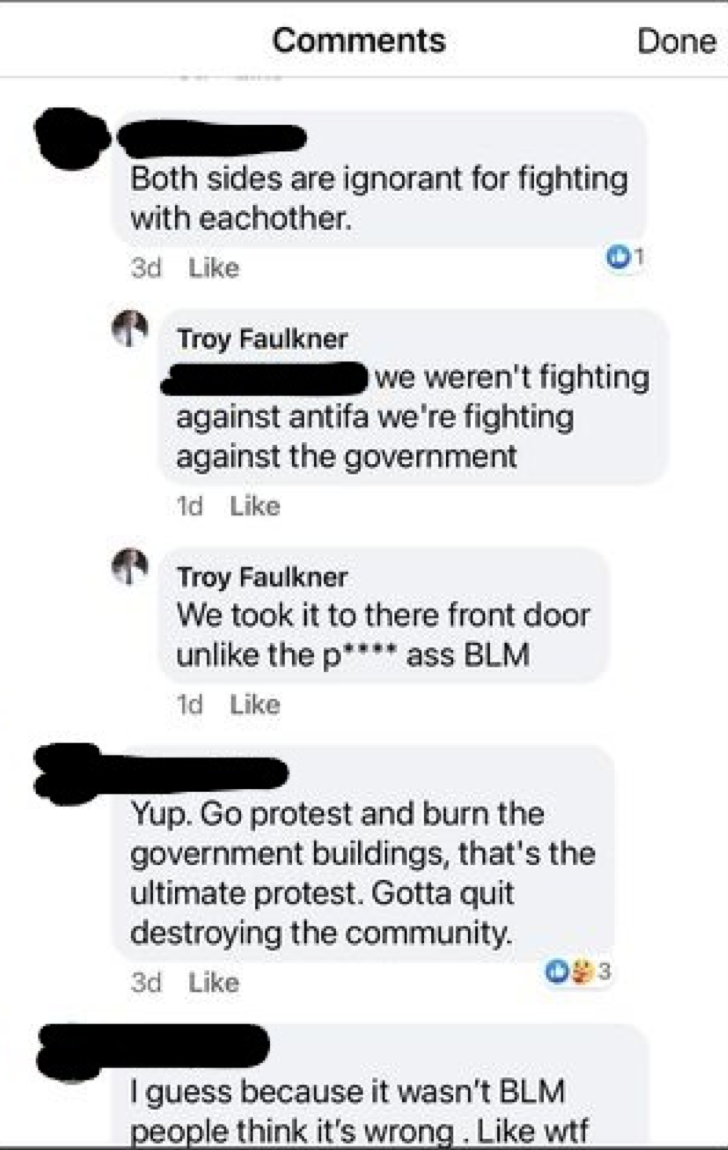 The affidavit didn’t get much better from here. The FBI cited text messages that Faulkner sent to Patch. He blamed police officers (increasingly common in these cases), seemed to suggest that Trump supporters were being set up, and claimed he wasn’t proud of what he did on Jan. 6. Faulkner claimed that he didn’t plan on storming the Capitol that day, raising an It Just Happened Because I Wasn’t Thinking Rationally defense.

“It seemed the cops were antagonizing us and letting them straight into the building in the front so I believe it was all set up for the Trump people,” said one message quoted in the Jan. 14 Patch article. “I knew I shouldn’t have kicked in the window. I was upset and wasn’t thinking rationally.”

“I don’t glorify what I did, nor am I proud of it,” Faulkner added—despite posting things on Facebook like, “we weren’t fighting against antifa we’re fighting against the government” and “We took it to there (sic) front door unlike the p**** ass BLM.”

The charges include: willfully injuring or committing any depredation ($1,000 damage to a window); corruptly obstructing, influencing or impeding any official proceeding, or attempting to do so; knowingly entering or remaining in any restricted building or grounds without lawful authority; disorderly conduct with an intent to obstruct Congress, and parading, demonstrating, or picketing in any of the Capitol Buildings.