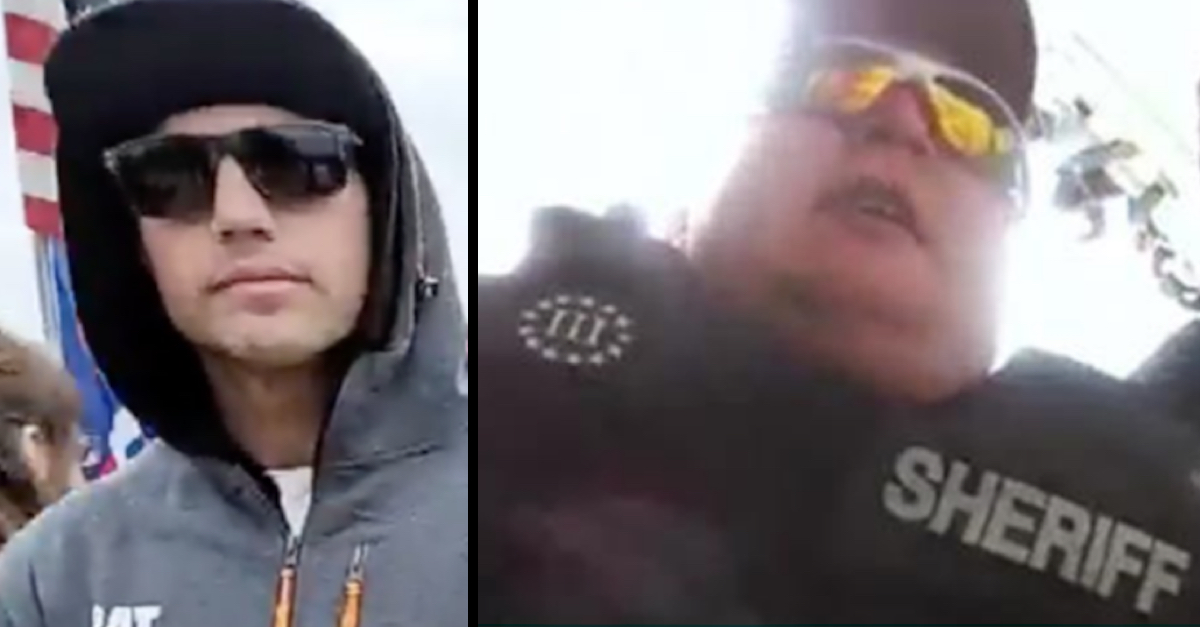 Two men have been arrested and charged as part of a 22-count indictment in connection with the Jan. 6 siege on the U.S. Capitol Complex. Not every named defendant on the document — and there are seven in total — faces every single one of the charges.

Logan James Barnhart, 40, of Lansing, Mich., is accused of “using a deadly or dangerous weapon,” e.g., “a baton, flag pole, and crutch” to “forcibly assault, resist, oppose, impede, intimidate, an interfere with” a Metropolitan Police officer known only by the initials B.M. in count two of the indictment. Elsewhere, he is accused in count nine of the indictment of obstructing, impeding, and interfering with presumably that same officer — B.M. — by committing civil disorder. 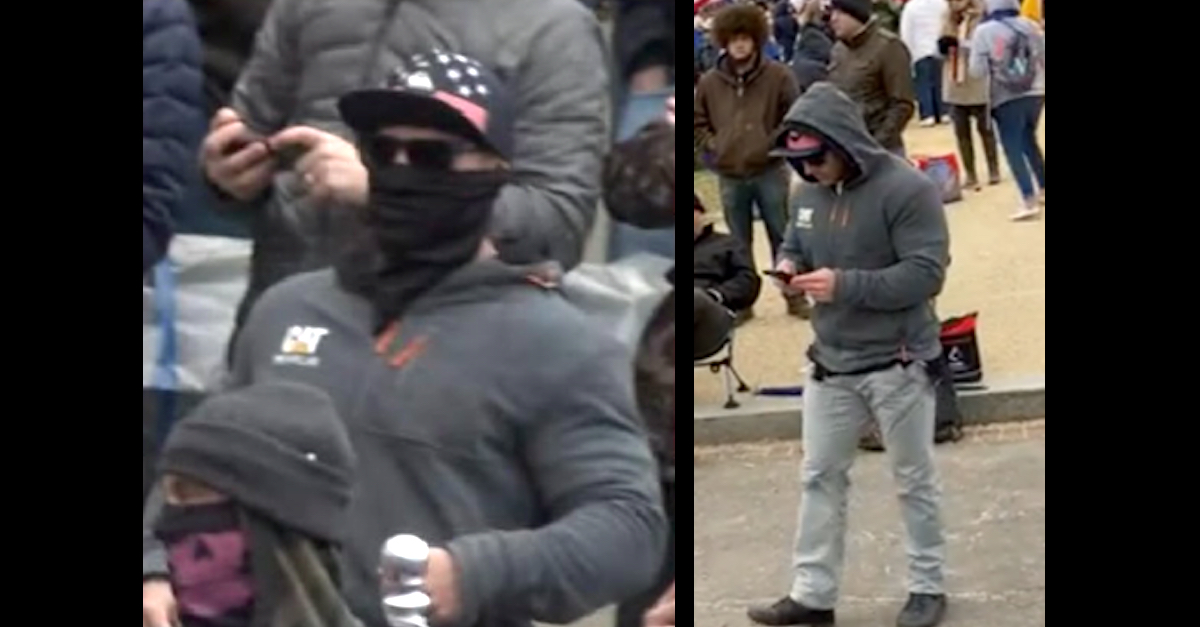 Among Barnhart’s other charges — he’s accused of six counts in total — are knowingly entering and remaining in a restricted building (count 19 of the indictment); disorderly conduct “with intent to impede and disrupt the orderly conduct of Government (count 20); engaging in acts of physical violence in a restricted building (count 21); and “knowingly engag[ing] in an act of physical violence within the United States Capitol Grounds and any of the Capitol Buildings” (count 22).

Ronald Colton McAbee, 27, of Unionville, Tenn., is accused of eight counts. They include inflicting bodily injury upon officer A.W. of the Metropolitan Police Department (count three) and of attempting to impede and instruct A.W. (count eight). Elsewhere, he’s accused impeding another officer, C.M., through acts of alleged “physical contact” made with “the intent to commit another felony” (count seven) and of obstructing, impeding, and interfering with C.M. during a civil disorder (count ten). 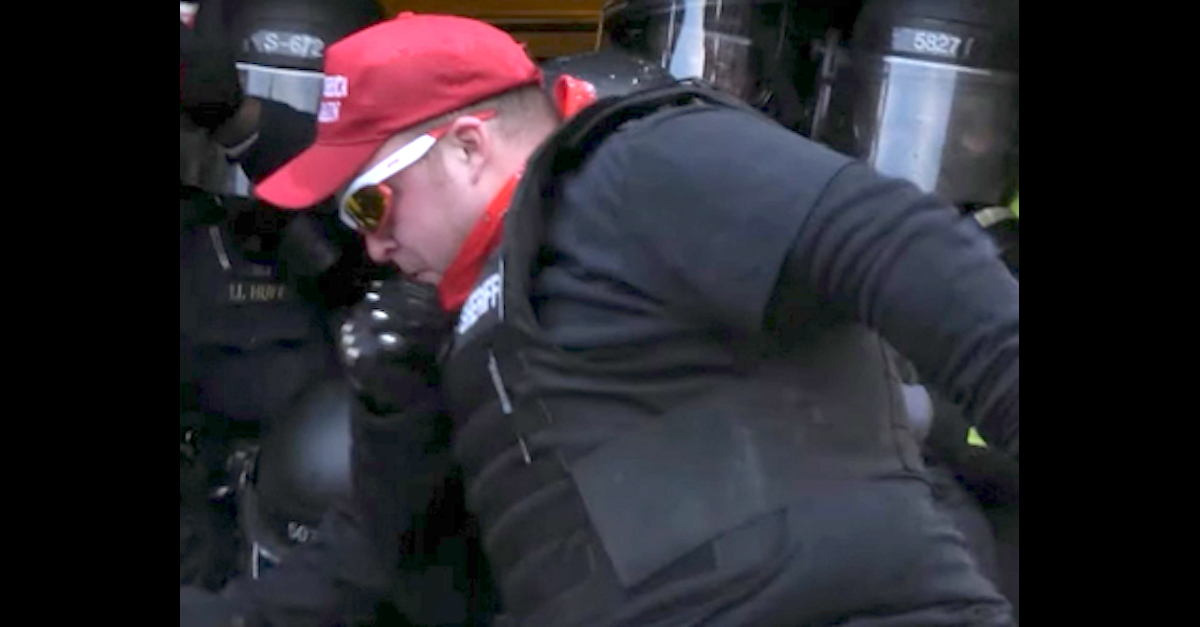 For additional charges, McAbee is accused of “us[ing] and carry[ing] a deadly and dangerous weapon, that is, a baton, flagpole, crutch, and reinforced gloves” to knowingly enter or remain in a restricted building and grounds (count 16); impeding and disrupting orderly government business (count 17); and engaging in physical violence against any person and property in a restricted building and grounds (count 18). Finally, he is among the litany of defendants charged with “knowingly engag[ing] in an act of physical violence within the United States Capitol Grounds and any of the Capitol Buildings” (count 22).

The deadly weapons enhancers faced by both McAbee and Barnhart significantly increase the penalties either man may face if convicted. For instance, under 18 U.S.C. § 111, one of the charges Barnhart faces (count two), the penalty for the core alleged crime is up to eight years in prison. The deadly weapon allegation elevates the potential penalty to a 20-year possible sentence. One of the counts McAbee faces, count sixteen, carries a core punishment of up to one year, but with a deadly weapon involved, the possible punishment is up to ten years. At least one other capitol siege defendant has argued that the flagpole he was carrying does not legally qualify as a deadly weapon.

Barnhart was known as person #128, and McAbee as person #134, in an image gallery maintained by various law enforcement agencies seeking information about various Jan. 6 suspects. McAbee was captured wearing a MAGA hat, a logo with the word “SHERIFF,” and a Three Percenters logo. 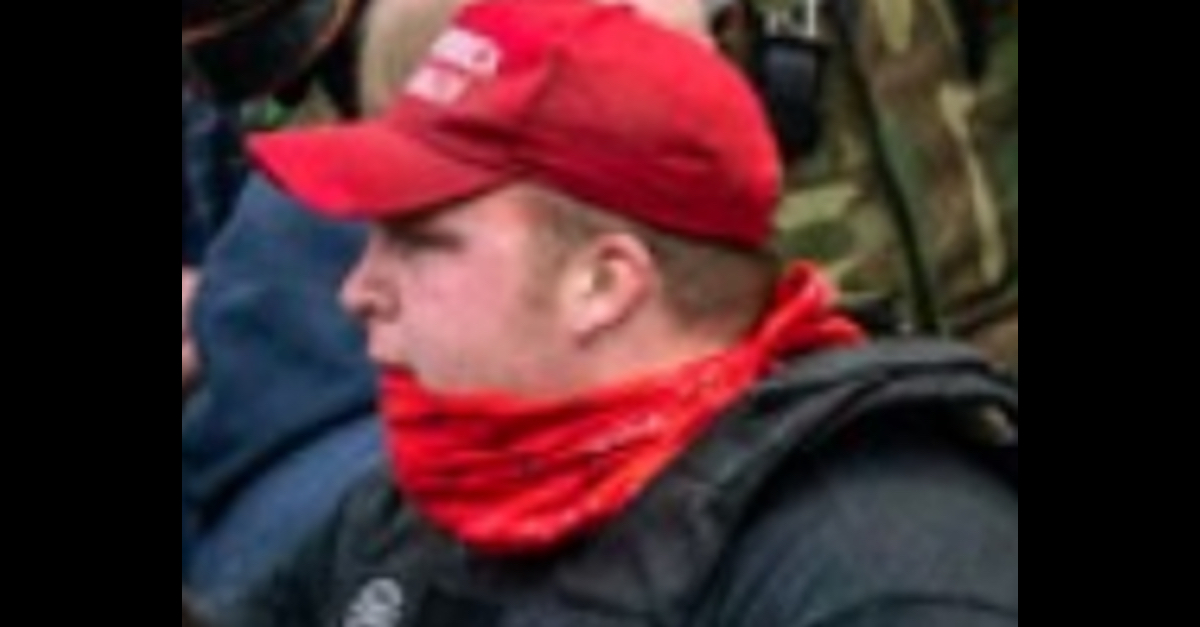 HuffPost reported that Barnhart was known by the online handle #CatSweat. He was given that moniker because of images from the Capitol which showed him wearing a jacket bearing the logo of heavy equipment manufacturer Caterpillar. HuffPost said Barnhart worked as a “machine operator” for his father’s company, Barnhart and Son Inc., while also posing for bodybuilding websites and the covers of romance novels. The publication further noted that facial recognition software helped link Barnhart to images from the capitol on Jan. 6th. 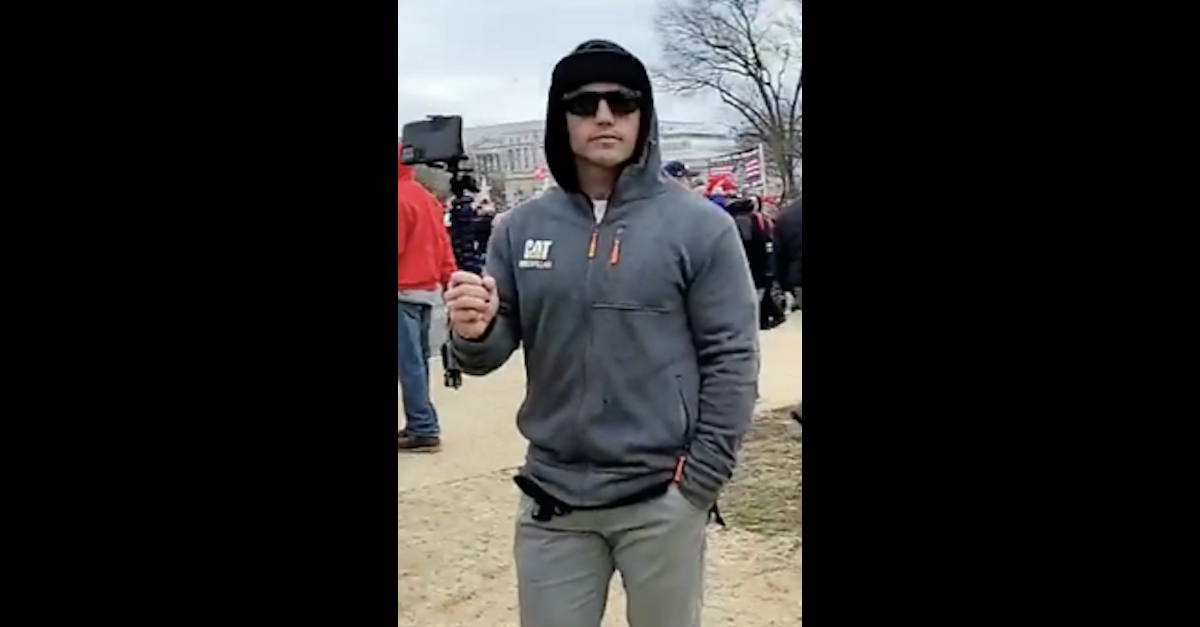 Logan James Barnhart appears in an FBI handout image wearing the Caterpillar jacket which earned him the nickname “#CatSweat.”

“In the seven months since Jan. 6, more than 570 individuals have been arrested in nearly all 50 states for crimes related to the breach of the U.S. Capitol, including over 170 individuals charged with assaulting or impeding law enforcement,” prosecutors said. “The investigation remains ongoing.”

Read the superseding indictment below.

[all images via the FBI]