A Woman Was Found Buried in a Shallow Grave 18 Years Ago. Now Deputies Have Arrested a Suspect in Her Cold Case Murder. 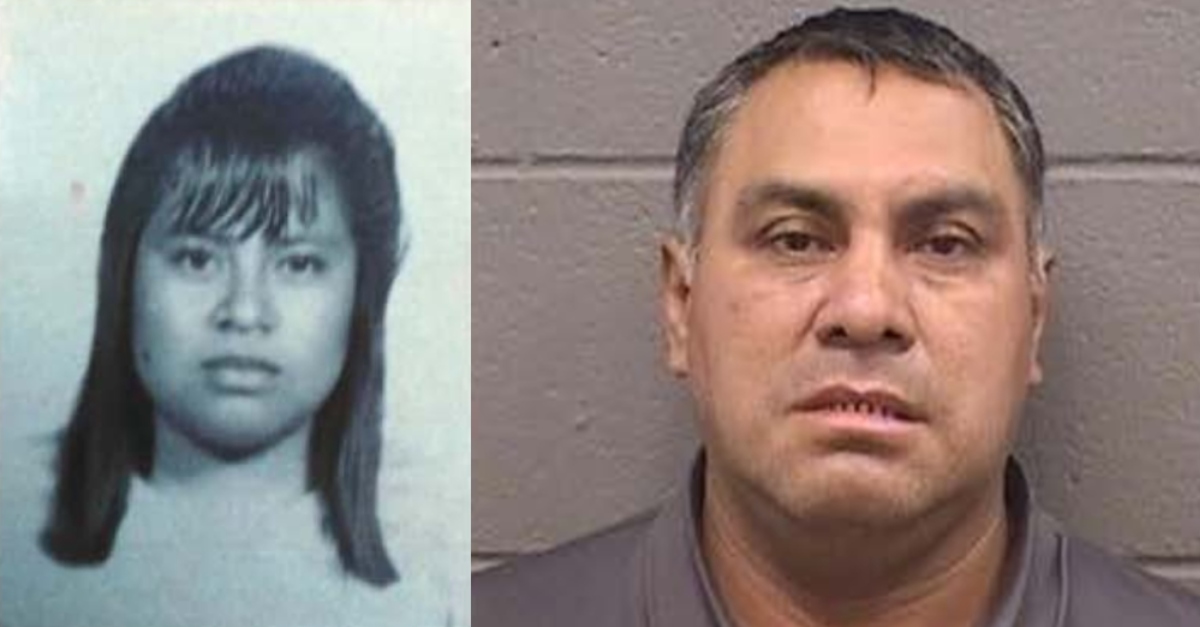 After more than 18 years, authorities finally arrested a man for allegedly killing a woman who was buried in a shallow grave. Now investigators are seeking more information about the victim.

Diego Santiago Hernandez-Antonia, 47, was apprehended Friday for allegedly murdering Isabel Sanchez Bernal, 30, according to the County of Mono Office of the District Attorney in California.

“In May 2003, unidentified human remains were found buried in a shallow grave near Shady Rest Park in Mammoth Lakes, CA,” the District Attorney’s office wrote. “Initial investigation determined the remains were those of an adult female, approximately 30-40 year ago, with Native American ancestry from the southern region of Mexico.”

Investigators credit DNA technology for helping them identify the victim as Bernal. She was from Puebla, Mexico, just southeast of the nation’s capital Mexico City.

“Since the remains were identified, investigators have been working to solve the murder of Isabel,” they said.

On that note, the only firm detail released is that authorities arrested Hernandez-Antonia for the alleged murder. He is a local from the town of Mammoth Lakes, where the victim’s body was found, authorities said.

Authorities did not say how they believe the suspect committed the crime. Nor did they reveal where the alleged murder precisely occurred, how long they think Bernal remained in the shallow grave, why they believe Hernandez-Antonia killed her, or how the victim and suspect knew one another. The Mono County Sheriff’s Office and the District Attorney’s office did not immediately respond to a Law&Crime request for more information.

Hernandez-Antonia is being held at the Mono County Jail without bond, authorities say.

Meanwhile, the investigation continues, with authorities asking the public for more information. From the D.A.’s office:

The Mono County District Attorney’s Office is asking for the public’s help in obtaining more information about Isabel. Anyone who may have known Isabel or anyone who has information relevant to this case is asked to please contact either Chief DA Investigator Chris Callinan 760-858-2127 or DA Investigator John Estridge at 760-546-5129.

[Image of Bernal, and booking photo of Hernandez-Antonia]