‘The Only Question Is How Many Named Defendants There Will Be’: Former Chief of DOJ Counterintelligence Section Predicts Obstruction Charges After Mar-a-Lago Search 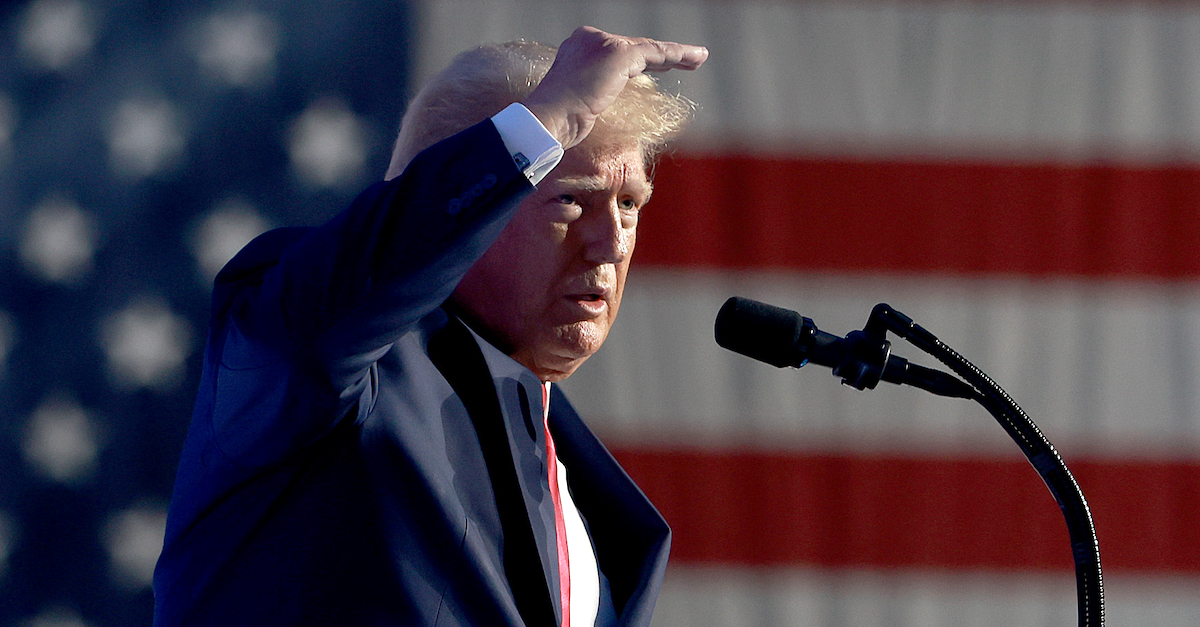 After reading the latest submission filed by federal prosecutors, a former high-ranking counterintelligence attorney who worked for the Department of Justice believes that it’s “hard to imagine” there won’t be an obstruction prosecution or prosecutions following the search of former President Donald Trump’s Mar-a-Lago home.

“Based on DOJ’s filing, it’s hard to imagine that obstruction charges, at a minimum, ultimately will not be filed; the only question is how many named defendants there will be,” former U.S. Department of Justice Counterintelligence section chief David Laufman said via Twitter late Wednesday morning.

To give you a sense of what that DOJ position entails, the current chief of the DOJ’s Counterintelligence and Export Control Section Chief is Jay I. Bratt, who has appeared on filings in the Trump-Mar-a-Lago search.

The bold prediction was appended to a tweet containing a highly-publicized – and controversial – image of allegedly classified files FBI agents found at the 46th president’s Palm Beach estate. In the image, which has been heavily-shared and criticized by the ex-president’s boosters and foes on social media, several packets marked “SECRET/SCI” and “TOP SECRET/SCI” appear unceremoniously dumped onto a stretch of black-and-gold floral carpeting. The trove of files was seized during the unprecedented early August FBI search of Trump’s palatial estate. 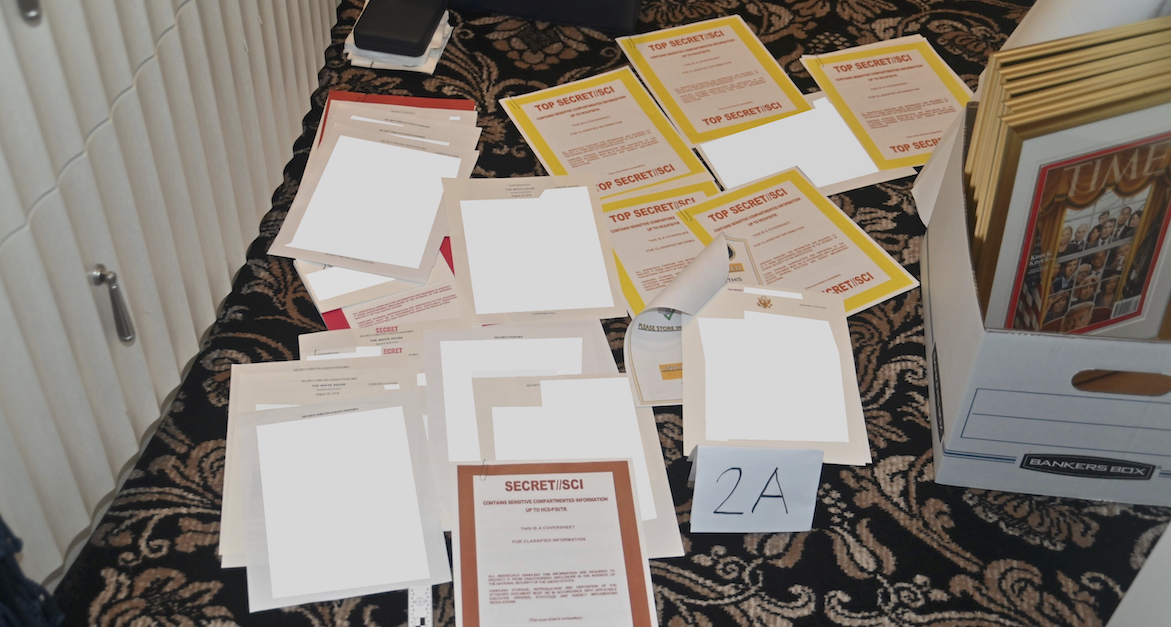 The source of the image above is a late Tuesday night filing by DOJ attorneys that argues against Trump’s request for a special master to oversee the seized documents, for a return of material that may belong to him, and to enjoin the government from further reviewing the files obtained via the search. In the filing, DOJ claims that appointing a special master would “harm” U.S. “national security interests.”

That filing contains a lengthy narrative that purports to outline, from the government’s perspective, the alleged actions and lack thereof regarding several boxes of documents the National Archives and Records Administration has been concerned about since 2021.

Allegedly belated and partial back-and-forth between Trump’s attorneys and federal authorities led to the first-ever execution of a search warrant at the residence of a former U.S. head of state. While some resulting discussion has focused on the Presidential Records Act, a series of footnotes in the DOJ’s latest court filing contains an allegation that some additional documents were “concealed and removed from the storage room” in a “likely” attempt at obstruction.

“The FBI gathered new evidence that there were in fact more classified records at [Mar-a-Lago], including in locations outside of the storage room,” national security attorney Bradley P. Moss wrote on Twitter in a long and drawn out thread dissecting the DOJ’s filing. “They got the search warrant and found approximately 100 additional classified records, some located in Trump’s own office. That is straight up obstruction and concealment of classified records, and willfully retaining them in an unauthorized location.”

Just days ago, Moss predicted the former president would be indicted over the classified document affair.

“I have seen enough, folks,” he wrote. “Donald Trump will be indicted in the classified documents matter. I’m placing my marker.”

Laufman and Moss are not alone in their estimations of what the current scandal may hold for Trump or others in the near future.

“My big, overarching takeaway is – and I know this is just a prediction and speculation, but I say it’s an educated one – is that the former president is going to be prosecuted,” he said in response to the highly redacted search warrant affidavit’s release. “I don’t see how you cannot given this information.”

What the DOJ brief said silently but clearly:
Trump is guilty

“The Trump filings for a Special Master were a huge misstep,” the former prosecutor added in another tweet. “DOJ has used its response to disclose damning proof of a series of crimes, which it would not otherwise have been able to do. And one very compelling photo.”

On Wednesday, former federal prosecutor Andrew McCarthy also wrote in the conservative National Review that it looks like a Trump indictment is on the horizon.