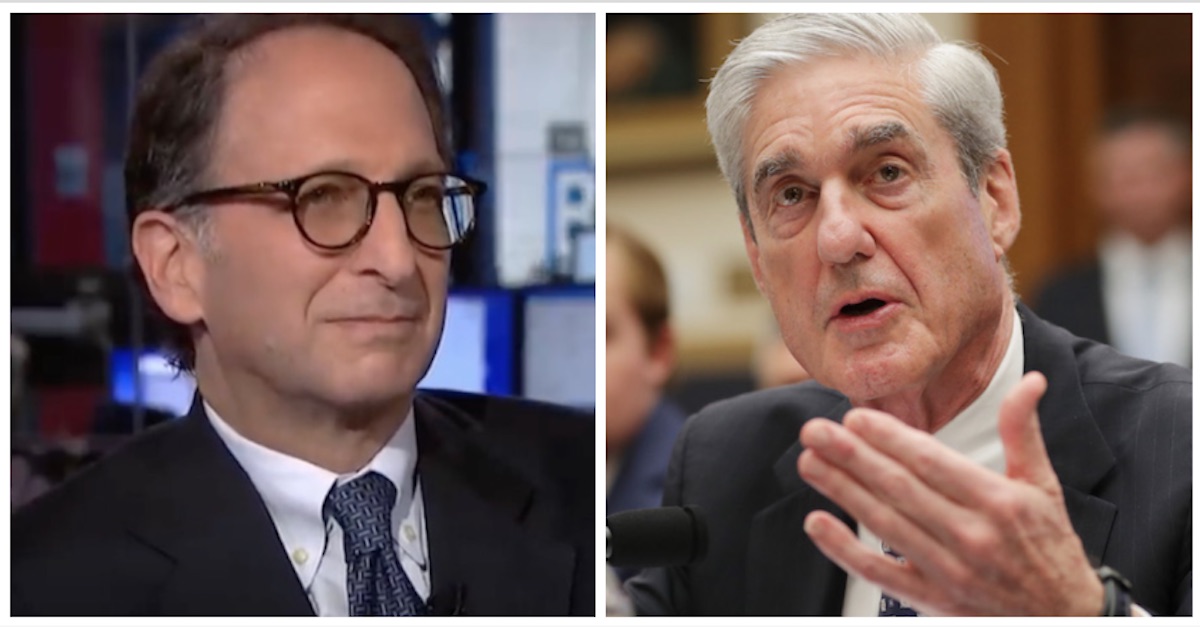 Former Special Counsel Robert Mueller has not often responded publicly to endless criticisms of his decision-making in the Russia probe. When Mueller has spoken, however, it’s been to push back against attempts by high-profile individuals to undermine the credibility and integrity of his office’s work. This time, Mueller made a statement that was plainly about details in former federal prosecutor Andrew Weissmann’s just released book, Where Law Ends: Inside the Mueller Investigation.

Weissmann, who was a top Mueller deputy, has openly criticized the Mueller investigation for not doing more—even suggesting that the office was afraid President Donald Trump would start firing people. Weissmann’s book on the Russia investigation went public on Tuesday and has already garnered significant press attention.

Weissmann recently told The Atlantic that Mueller’s office let the constant threat of Mueller’s firing prevent the team from pursuing all possible leads in probing the Trump campaign’s ties to Russia.

“The specter of our being shut down exerted a kind of destabilizing pull on our decision-making process,” Weissmann told The Atlantic’s George Packer in an interview preceding the release the book. “For example, the special counsel shied away from subpoenaing Don Trump Jr. to testify about his notorious June 2016 meeting in Trump Tower with a Russian lawyer offering dirt on Hillary Clinton.”

“I was flummoxed by Mueller’s thinking,” Weissmann said. “[He made] his own, freelance judgments about what was appropriate and not delivering on what he was tasked with doing.”

“When there is insufficient proof of a crime, in volume one, we say it. But when there is sufficient proof, with obstruction, we don’t say it. Who is going to be fooled by that? It’s so obvious,” Weissmann went on, angered by the decision not to say President Trump had committed the crime of obstruction of justice.

Mueller clearly wasn’t about to let Weissmann have the only word on this.

According to the Washington Post, Mueller said it was “disappointing” that the Special Counsel’s Office was being attacked from the inside by “incomplete information.”

“It is not surprising that members of the Special Counsel’s Office did not always agree, but it is disappointing to hear criticism of our team based on incomplete information,” Mueller said. “When important decisions had to be made, I made them.”

“I did so as I have always done, without any interest in currying favor or fear of the consequences. I stand by those decisions and by the conclusions of our investigation,” he added.

Weissmann was particularly critical of Mueller and Mueller deputy Aaron Zebley for declining to delve into Trump’s finances under the “defective rationale” that doing so would get them fired.

Mueller defended Zebley as a “meticulous,” “principled,” “invaluable and trusted counselor to me from start to finish.”

Zebley previously worked as a partner at the WilmerHale law firm with Mueller after their FBI days. A 2014 press release extolled his experience:

Zebley has most recently been Senior Counselor in the National Security Division at the Department of Justice. Prior to his role as Chief of Staff to former FBI Director Mueller, Zebley was a Special Agent of the FBI in the Counterterrorism Division for seven years. In between his two tours at the FBI, Zebley served as an Assistant US Attorney (AUSA) in the National Security and Terrorism Unit in Alexandria, Virginia. During his tenure as an AUSA, he investigated and prosecuted crimes related to national security, terrorism, and violent crime.

Both Zebley and former assistant special prosecutor on the Watergate Special Prosecution Force James Quarles left the firm to join the Special Counsel’s Office in 2017.