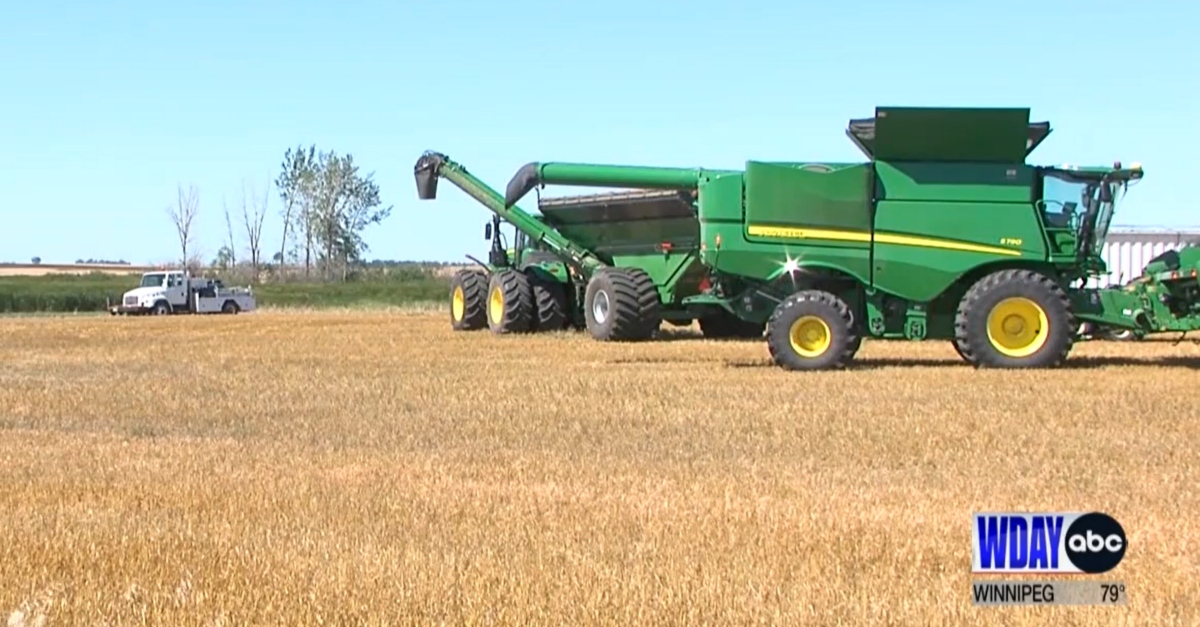 Locals are shocked and saddened after four people died in a recent murder-suicide in rural North Dakota. Some farmers have even taken it upon themselves to help harvest fields owned by people “involved in the incident,” according to The Jamestown Sun.

Towner County Sheriff Andrew Hillier said authorities found the dead in a wheat field Monday in the defunct town of Maza. The scene was at the 6100 block of 66th Street NE.

There was evidence from the scene that this was a murder-suicide, and “there is no known threat to the public,” Hillier said.

Relatives and neighbors at the scene told KVLY that there was an argument. A man shot and killed his brother, son, and boss, then died by suicide, authorities said. Authorities have yet to present a narrative of what specifically happened.

Investigators did not initially name the four deceased, but both authorities and friends reportedly named one of the victims as local farmer Doug Dulmage, of nearby Leeds, North Dakota. His family was told he was not the gunman, according to InForum.

ICYMI: Doug Dulmage of Leeds, N.D., has been identified by friends as one of the men killed Monday in a senseless triple-murder-suicide in a wheat field. He’s remembered as a devoted farmer, an avid hunter and a loving husband & father of two. https://t.co/B2Rricad6K

Hillier told the The Jamestown Sun that it is believed the four people dead at the scene worked together.

Some farm equipment at the scene had bullet holes. Now family must figure out what to do with the equipment.

Local residents spoke to the outlet on background because they are still processing what happened. They said their thoughts and prayers go out to the loved ones of the people involved.

Dulgmage’s longtime friend of two decades Pat Traynor did speak to several outlets on the record.

Authorities did not suggest a motive in the killing.

“He was a generous soul,” Traynor told InForum of Dulmage. “He did things under the radar. He was more of a quiet giver, but if he did have his name on something, it was only to encourage more people to give.”

Dulmage was reportedly married and the father of two girls. The other three men had been hired to help him, according to KVLY.

“He just had a tremendous, tremendous heart,” Traynor told the outlet. “He also had a quick-wit. He was fun!”

The investigation into the deaths is ongoing.

Maza was dissolved as a town in 2002, according to the Sun. Its population had been five. The U.S. Census Bureau estimated Towner County’s population as 2,140 as of July 1, 2021.