‘I Had Competent Counsel’: Michael Cohen Agrees with Feds That Donald Trump Should Have Followed His Lead in Special Master Fight 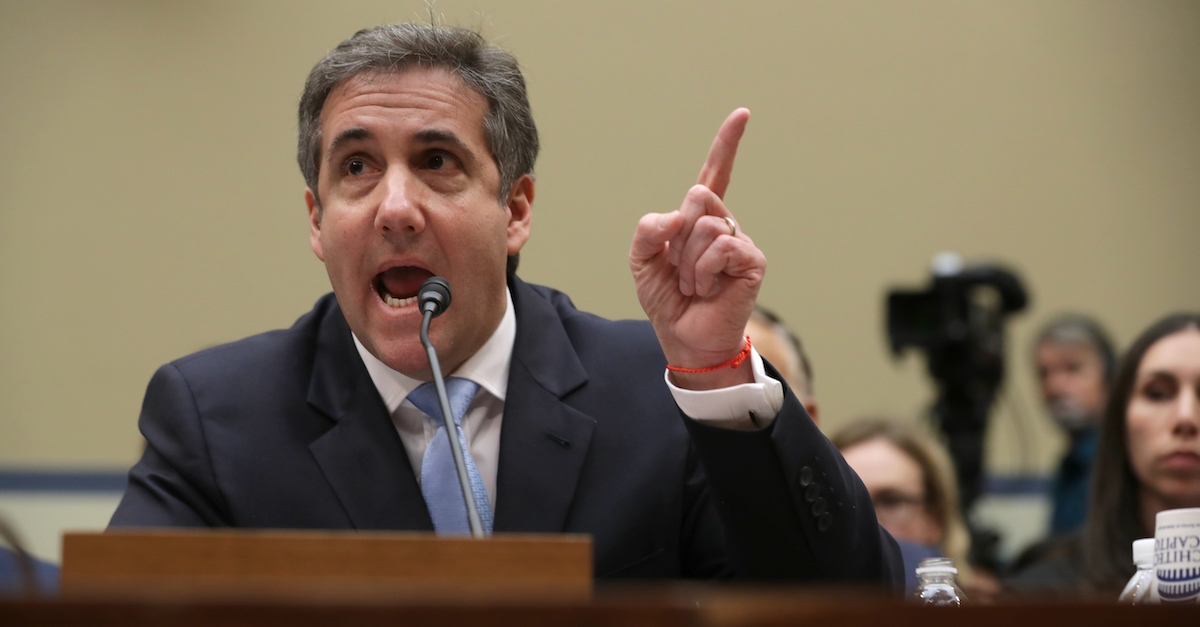 Throughout their Tuesday night legal brief urging a federal judge should reject Donald Trump’s request for a special master, the Department of Justice argues that the former president should have followed the path of his former fixer Michael Cohen in asserting privilege.

Prosecutors noted that Cohen’s legal team made their request on the “same day” that the FBI executed search warrants on his properties on April 9, 2018.

By contrast, Trump’s legal team waited some two weeks after the FBI’s Aug. 8 search of Mar-a-Lago to seek a special master’s review. Then, the former president’s lawyers did not effect service on the U.S. Attorney’s office until Aug. 29.

In a phone interview with Law&Crime, Cohen agreed with prosecutors about the misstep by Trump’s legal team — and said that there are two main differences between how his attorneys and the former president’s handled the question of a privilege review.

“The first is the fact that I had competent counsel, and the second and perhaps more important is that I did not want to delay the matter,” Cohen said.

Both Trump and Cohen sought a special master to determine as an independent third party whether any of their seized documents qualify for attorney-client privilege. The Department of Justice said that their so-called privilege review team, also known as a taint team, had completed their inspection by the time Trump’s attorneys placed their request. Only a “limited set” of those documents were privileged, prosecutors said.

Cohen noted that the universe of files that he had to inspect was vastly different from those seized from Trump’s primary residence.

“I spent countless days — in fact it was more than a month — in the law firm reviewing the documents, as mine exceeded 10 million,” Cohen recalled. “We’re talking about 184 classified documents that need to be evaluated for attorney-client privilege, which seems odd in the fact that none of the documents appear to be between Trump and counsel.”

Unlike in the Cohen case, the government noted in a subheading of its legal brief: “This Case Does Not Involve the Search of an Attorney’s Office and the Attorney-Client Privilege Issues Presented Are Not Complex, Voluminous, or Novel.”

In cases that do not involve such challenges, prosecutors note, “taint teams” are “routinely employed.” A taint team consists of Justice Department attorneys walled off from prosecutors and not participating in the broader investigation.

“The attorney-client privilege issues in this case present none of the complexities associated with a search of a law firm,” the DOJ’s brief states. “This is not a case where a U.S. Attorney’s office has seized materials related to multiple clients who may also be under investigation by the same office. Moreover, as noted above, the volume of documents is small, and the government’s filter team has already completed its review of them. It is prepared to follow the procedures set forth in the warrant, and introducing a special master would only result in delay to the process.”

For Cohen, the search of his properties was the first step on his eventual convictions on a variety of offenses — including a campaign finance charge that prosecutors explicitly said he committed at the “direction” of and in “coordination” with “Individual 1,” i.e. Trump.

“The only thing more grotesque than this blatant disregard for the handling of government documents was the ugly carpet it was sitting on,” Cohen cracked, referring to the decor of Trump’s office where authorities photographed an array of highly classified documents.

Unlike Cohen, Trump’s lawyers sought the special master to ensure the “preservation of executive privilege.” DOJ forcefully argued against that rationale as well, noting that Trump never formally invoked that privilege.