Legal Experts React to ‘Unprecedented Nature’ of FBI’s Mar-a-Lago Search, Whether ‘an Arrest Warrant Could Be Issued,’ and More 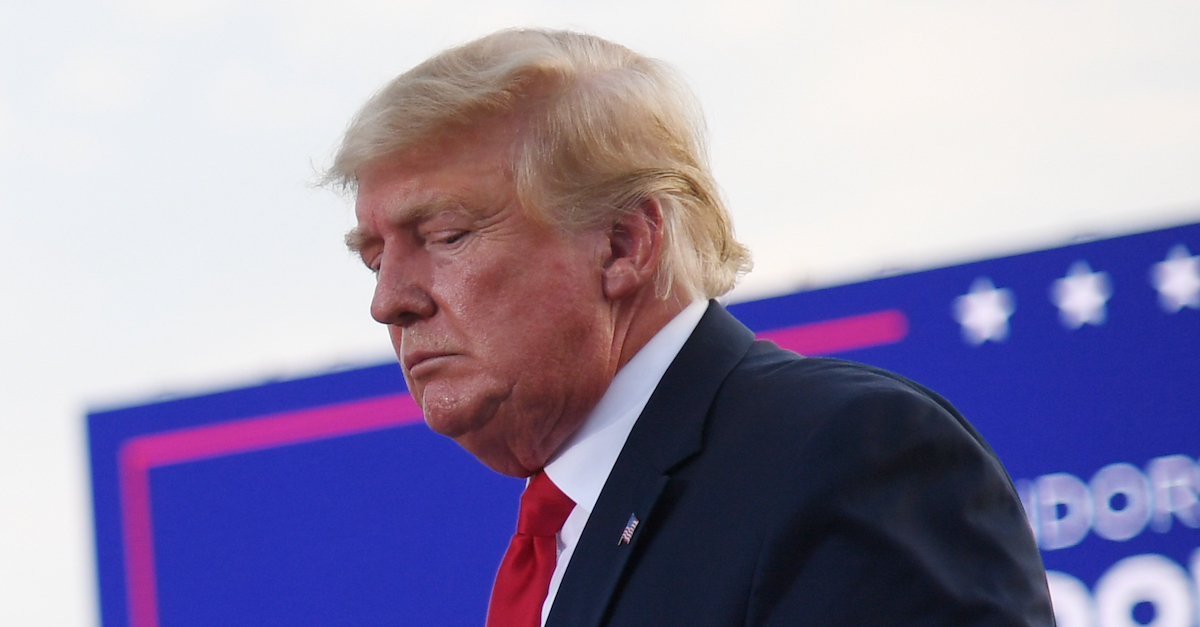 As ex-president Donald Trump became the first former U.S. head of state in history to have their home searched by the FBI on Monday, many commentators and politicians reacted to the monumental news with caution, questions, and outright misinformation.

“Nothing like this has ever happened to a President of the United States before,” Trump himself noted in part of a lengthy statement confirming the execution of the federal search warrant at his Mar-a-Lago estate in Palm Beach, Fla., accurately.

Former Trump 2016 campaign aide Jason Miller, in response to a general question about the incident from the Law&Crime Network’s Angenette Levy, replied with a representative Trumpworld assessment:

The raid against President Trump occurred for one reason and one reason only – to prevent his return to the White House in 2024. But the even bigger transgression here is the attack on the American people and our very Constitution. Once a government begins to weaponize its judicial system against political opponents, it is difficult to ever recover.

While concern for norms within a political system – and the fallout from their abandonment – is a matter for elites and political scientists based on opinions and trends, the legal ramifications and justifications for the raid are ripe for analysis from legal experts.

Appellate attorney Richard Goldwasser dismissed Miller’s concerns as “the go-to Trump defense” and an effort to work the referees.

“Miller presupposes that there’s a political purpose to executing the search warrant but there’s no support for that,” the Chicago-based attorney said in an email. “In fact, there are numerous investigations surrounding Trump and what’s known from the public record suggests that the DOJ here is proceeding cautiously and in good faith. If the DOJ were to throw their hands up and refuse to investigate the former president because he and his supporters are making unsupported claims that the judicial system is being weaponized, it would place Trump above the law, which is of course what they want.”

Atlanta-based attorney, legal analyst and Georgia Innocence Project co-founder Page Pate told Law&Crime that two major issues were largely being ignored in most of the talk about the so-called “raid” on the 45th president’s post-White House compound.

“Based on what we’ve heard so far, I think this warrant was more of a seizure warrant than a search warrant,” Pate said during a phone call. “[Federal investigators] were aware that there were documents at Mar-a-Lago and Trump’s attorneys refused to provide them. If they were looking for classified documents at the house, and they found classified documents there, an arrest warrant could be issued as soon as today.”

“Given that he’s a former president, they might want to take the case to a grand jury, but they don’t have to before they issue an arrest warrant,” Pate continued – while stressing that moving forward without an indictment was not particularly likely, though it is technically possible.

“If during the investigation they uncover clear evidence that a crime has occurred and they know who did it, they will sometimes issue a criminal complaint and then later within 30 days go back and get the indictment,” Pate went on. “If they were really weaponizing the DOJ like some people are saying, they could go arrest him today on just a criminal complaint.”

Regarding the politicization objection leveled by MAGA stalwarts and others, the attorney noted that there was an easy way for Trump and his attorneys to prove the government doesn’t have much of a case: by forcing them to defend their actions publicly in a court of law.

“If [Trump’s team] really wanted to contest it, there’s a way to do that even before charges are filed,” Pate continued. “In federal court, you can file a motion with the district judge where the warrant was issued and request to have the documents returned. That would be very interesting but [Trump’s team] may not want to do that because there would be a hearing where the government would then be required to present evidence as to how they got the warrant – how he allegedly violated the law – they might not want to do that because then the facts would be all out in the public and it would be hard to say it’s all political.”

“Unfortunately, the spectacle here is a battle between a modern day Catiline and state security forces with a long and sordid history of political machinations,” Ekeland explained, comparing Trump to an ancient Roman politician and noting that the FBI has a history of using law enforcement mechanisms against political out-groups.

Several experts queried by Law&Crime noted that warrant approvals are routine in the U.S. legal system but added a caveat for this particular turn of events.

“Magistrate Judges routinely rubber stamp warrants because they’ve got flooded dockets from being underfunded, and they know the warrant can be challenged later by the defendant,” Ekeland said. “In a high profile case like this the application will get more scrutiny; but the real test for the validity of the warrant is in court after the search and seizure.”

“On one hand the probable cause standard is very high and it’s unusual for an application to be denied,” Goldwasser explained. “But on the other hand, judges are human beings and understand the implication approving a search warrant in this situation.”

Texas A&M University School of Law Professor Meg Penrose said it was “too early to begin drawing any conclusions” about the warrant without seeing the actual document and knowing what items were seized while allowing that “we can also recognize the unprecedented nature of this search.”

Penrose pointed out the constitutional principles at stake here:

The Fourth Amendment draws a bright and firm line at the entrance of the home. Case after case protects our homes from unwarranted governmental intrusion. That is as true today as it was yesterday. All judges, state and federal, recognize that — as Justice Scalia reminded — when it comes to the Fourth Amendment, the home is the first among equals. Just last term, the Supreme Court refused to expand exceptions to the warrant requirement before law enforcement enters the home.

We must start from an understanding that for law enforcement to enter the home, they must appear before a judge (live or via affidavit) and present sworn testimony of probable cause that a crime has been committed and that evidence of that crime is located at the place where the warrant is sought.

“While the Founders did not give any Americans special protection within the Constitution, I would expect that a judge would be even more cautious and demanding about probable cause before allowing law enforcement to enter the home of a former President,” the law professor continued.

When law enforcement wants to enter someone’s home, judges are “extra cautious” before signing off on such requests, the Forth Worth, Texas-based law professor went on to explain.

“One thing is certain, the Department of Justice and the FBI had to go before a judge to get permission for this search,” Penrose noted. “They had to present evidence and give sworn testimony. The judge then had to evaluate the officers’ testimony and credibility.”

As for where things are headed, experts surveyed by Law&Crime were generally loath to predict the future except to say that more information was necessary and “big battle” is on the horizon.

“There will be a big battle over the validity of the warrant,” Ekeland said. “The courts will slow it down and try to keep it calm, as they should. Because it’s so politically explosive and any decisions may have long term repercussions for the future of the Republic, given this involves a former President’s resort being searched.”

Pate said, however, that the former president’s team might also have some interest in slowing down the pace of the forthcoming proceedings.

As time goes by, Goldwasser said, the president’s allies are likely to do exactly that.

“The DOJ seems to be moving forward, but a problem remains in that Trump is delegitimizing our judicial system to the point where his supporters will not accept an indictment, much less a conviction,” he said.

[image via Michael B. Thomas/Getty Images]