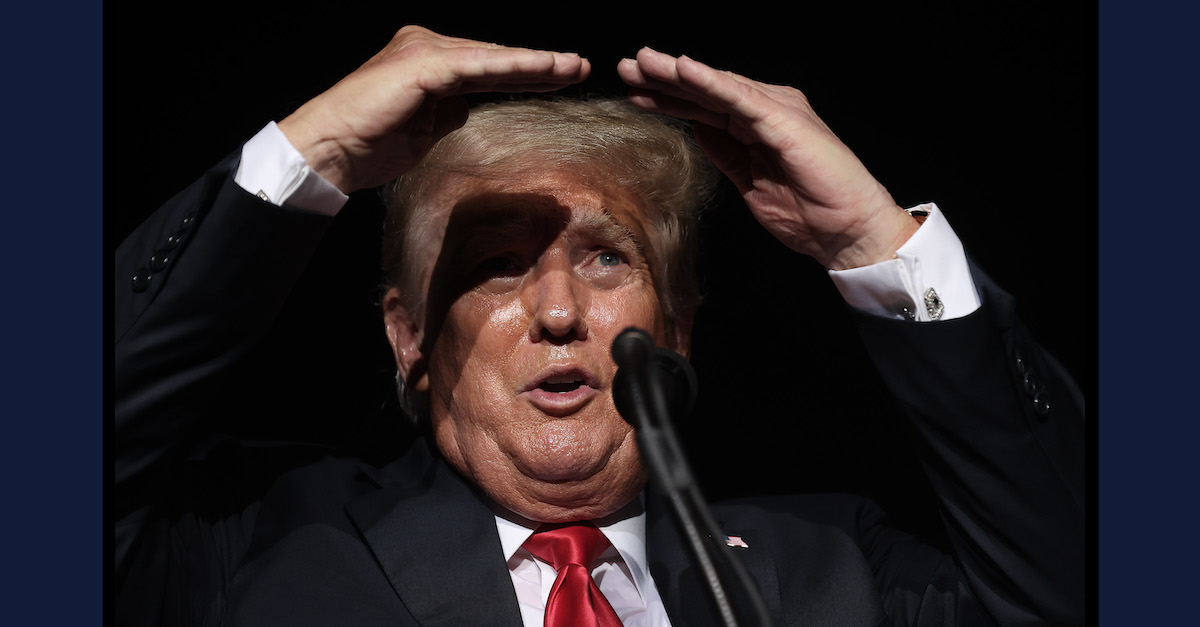 A federal judge overseeing former President Donald Trump’s litigation against the United States government has several questions for counsel regarding the FBI’s search and seizure of what are purported to be secret executive branch documents from Trump’s Mar-a-Lago estate.

“The Court is in receipt of . . . Plaintiff’s Motion for Judicial Oversight and Additional Relief,” wrote U.S. District Judge Aileen M. Cannon before firing off several specific areas of concern for Trump’s assemblage of attorneys.

Cannon, a Trump appointee, ordered the attorneys to file, “on or before” Aug. 26, answers to the following questions in order to “facilitate [an] appropriate resolution”:

(1) the asserted basis for the exercise of this Court’s jurisdiction, whether legal, equitable/anomalous, or both;

(2) the framework applicable to the exercise of such jurisdiction;

(3) the precise relief sought, including any request for injunctive relief pending resolution of the Motion;

(4) the effect, if any, of the proceeding before Magistrate Judge Bruce E. Reinhart; and

(5) the status of Plaintiff’s efforts to perfect service on Defendant.

Reinhart is the magistrate judge who signed off on the underlying Aug. 5 warrant to search Trump’s palatial Florida estate.  That warrant led to an Aug. 8 search that resulted in federal agents uncovering and seizing a cache of materials.  Proceedings directly involving the warrant are ongoing in Reinhart’s courtroom.

Trump’s lawyers asked the court — before the case was assigned to Judge Cannon — to (1) appoint a special master, or disinterested party, to review the materials seized; (2) to ban the government from reviewing the materials until the special master is appointed; (3) to promulgate a “more detailed” list of the items taken, and (4) to demand a return of any items seized outside the scope of the warrant.

The original filing from Trump’s legal team does not seek the quash the warrant itself. Still, Trump dubiously characterized the move as a significant Fourth Amendment action to “strongly” assert his rights against the FBI’s “unnecessary, unwarranted, and unAmerican Break-In” of his home (capitalization in original).

“They took documents covered by attorney-client and executive privilege, which is not allowed,” Trump claimed.

The practice of appointing a special master to sort out such material is not uncommon.

Cannon appeared to wonder why Trump’s lawyers filed a separate case to make the aforementioned requests rather than to litigate the matter before Reinhart.

Reinhart has noted that Trump’s attorneys never filed anything on the record in connection with the warrant, thus rendering their viewpoints on the issues at hand — aired frequently on television broadcasts but not where they count in court — unofficial at best.

Trump has frequently argued, however, that Reinhart is “biased” against him.

“The wrongful, overbroad warrant was signed by a Magistrate Judge who recused himself just two months ago, from a MAJOR civil suit that I filed, because of his bias and animus toward me,” Trump claimed on Monday.

Trump also suggested on Monday that he “would have given” the materials “to the National Archives until they are required for the future Donald J. Trump Presidential Library and Museum” without the need for a “despicable raid” at Mar-a-Lago. That claim is slightly at odds with a letter released later on Monday. That letter suggests that Trump’s attorneys were attempting to slow down the process of document transmission to the National Archives.

Cannon’s list of questions on Tuesday called for a filing but notably did not schedule a hearing on the matter.