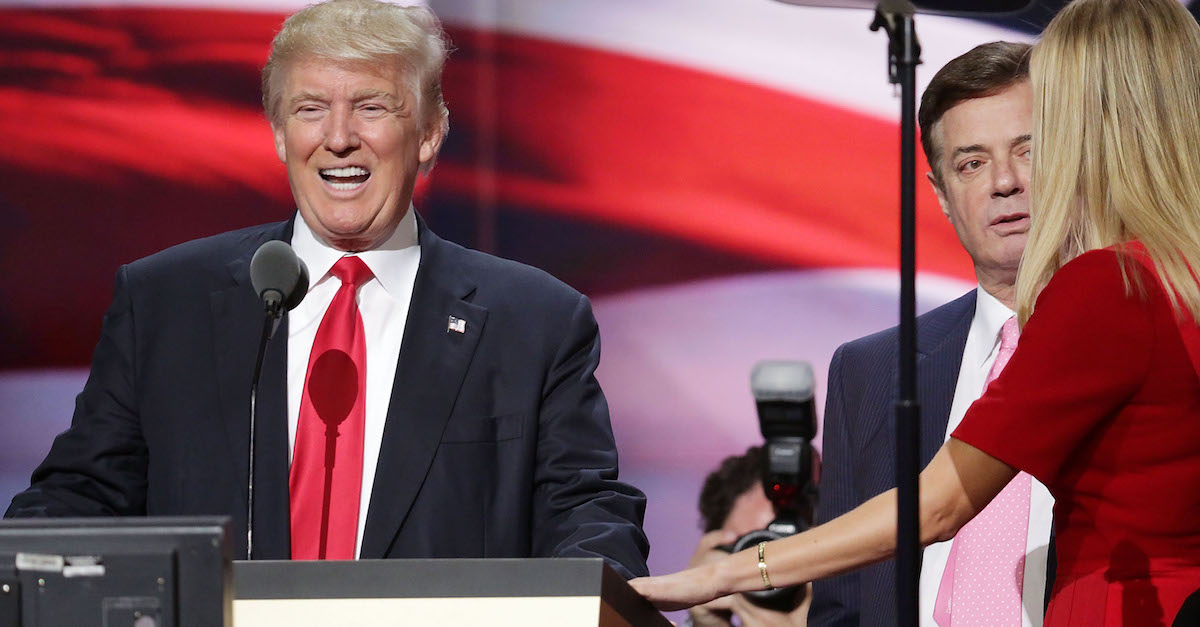 The last couple of days in the news have focused, in no small part, on a whistleblower complaint that reportedly concerned a troubling  “promise” that President Donald Trump made to a foreign leader. The Washington Post was the first to the story on Wednesday, and they advanced it on Thursday by saying that the complaint involves Ukraine. Now, on the heels of a Rudy Giuliani roller coaster to remember, the Daily Beast is reporting on Friday that a “senior adviser to [Ukraine’s] interior minister” said Ukraine is ready to investigate Joe Biden’s son Hunter Biden if the Trump Administration makes an “official request.”

That was not all Anton Geraschenko had to say. Although an investigation is not open, in Geraschenko’s view it is “clear” what Trump is looking for: compromising material that will harm Biden’s 2020 campaign while also serving to avenge the twice-convicted former Trump campaign chairman Paul Manafort.

“Trump is now looking for kompromat to discredit his opponent Biden, to take revenge for his friend Paul Manafort, who is serving seven years in prison,” Geraschenko said, per the Daily Beast. “We do not investigate Biden in Ukraine, since we have not received a single official request to do so.”

It’s not hard to see why the Giuliani interview with CNN’s Chris Cuomo on Thursday elicited the responses that it did, but the truth is that Giuliani has not been shy about openly discussing his pushing of the Ukrainian government, with help from the State Department, to search for evidence of collusion between Ukrainian officials and the Democratic National Committee (DNC) in the digging up of dirt on Manafort to harm the 2016 Trump campaign.

Nor has Giuliani been shy about discussing the Biden element to all of this. Giuliani openly acknowledged that he met Ukrainian officials in Madrid, and we know that Giuliani has been investigating Hunter Biden and his investments in a Ukranian natural gas company, Burisma Holdings.

Although a Ukrainian prosecutor previously said said there was no evidence the Bidens broke the law, Giuliani et al. have often focused on a story of Joe Biden “bragging” about the firing of a prosecutor who was investigating his son’s firm.