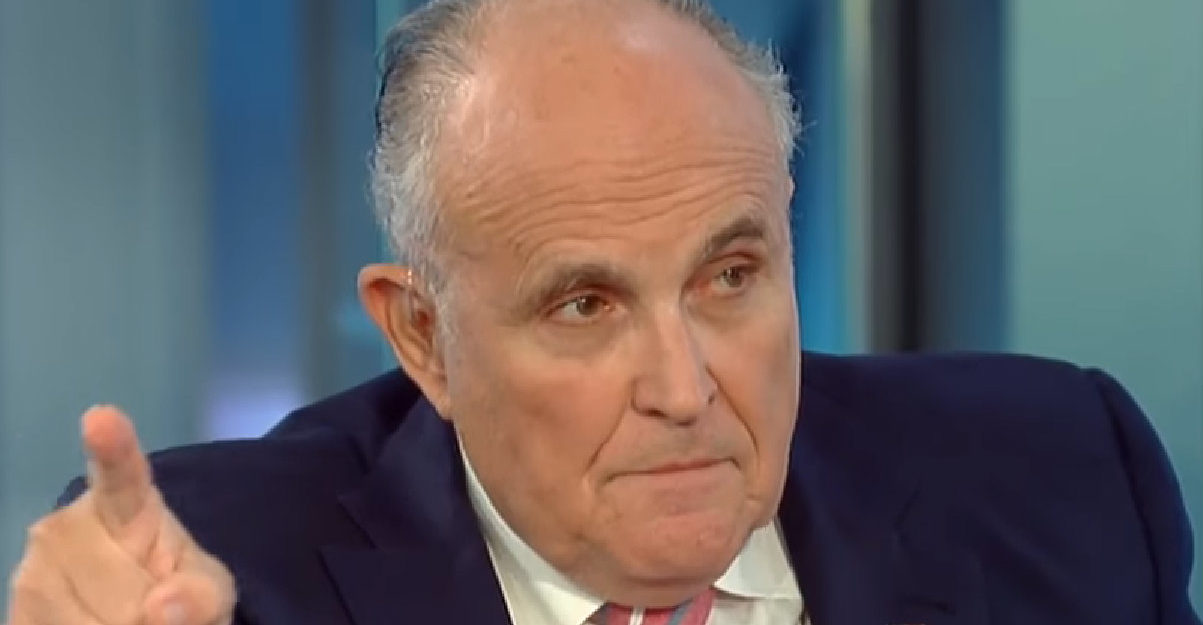 Rudy Giuliani, former mayor of New York City and President Donald Trump‘s most visible personal attorney during the Mueller investigation, confirmed on Thursday that he pushed the Ukrainian government, with help from the State Department, to search for evidence of collusion between Ukrainian officials and the Democratic National Committee (DNC). More specifically, he claimed he was looking to see if the DNC worked with Ukrainian officials to dig up dirt on twice-convicted felon and former Trump campaign chairman Paul Manafort to harm the 2016 campaign.

In a move that raised the eyebrows of legal experts, Giuliani openly acknowledged that he met Ukrainian officials in Madrid. Giuliani has reportedly been investigating Hunter Biden (Joe Biden’s son) and his investments in a Ukranian natural gas company.

Giuliani has also reportedly been speaking to Andriy Yermak, a lawyer for Ukrainian President Volodymyr Zelensky. While it’s unclear how aware President Trump is of Giuliani’s activities, Giuliani has told the New York Times that “[Trump] basically knows what I’m doing, sure, as his lawyer,” with regard to his investigation.

Giuliani attempted to turn the tables on the Times, saying that the newspaper was insulating something nefarious without being able to back that up.

“[The New York] Times completely turned a story about astounding allegations of serious crimes of state concerning Dems into a piece trying to suggest I did something nefarious except they can’t say what it is,” Giuliani said to NBC News, regarding reporting of his investigation. He also confirmed that the State Department helped him connect with Yermak.

Outside of his suggestion that the DNC colluded with Ukrainian officials regarding Manafort, Giuliani also spent time questioning Joe Biden’s call for Ukraine to remove Viktor Shokin, a prosecutor who was investigating Burisma Holdings, a company Biden’s son was on the board of.

For some legal experts, however, Giuliani’s behavior and method of investigation is “incredibly troubling.”

“The confirmation by Rudy Guiliani, as a lawyer for the President of the United States, that he engaged in direct conversations with foreign government officials to persuade or encourage that country to investigate U.S. political rivals is incredibly troubling,” Mark Zaid, a Washington, D.C. national security attorney, told Law&Crime. “Not only might it cross the line into illegality, but it certainly further creates a foul smell into the activities of the Trump Administration, particularly since it involved State Department efforts.”

Zaid would add that this is “the type of situation where Congress, in a bipartisan fashion, should be investigating as part of its oversight authority of any presidential administration.”

He’s doing this again? There was an outcry, he canceled it, and now he’s just back at it? This seems highly unethical and likely illegal. https://t.co/ztJcIP7ZQL

Other legal experts appeared to agree with that assessment.

It is illegal for “any person to solicit, accept, or receive anything of value from a foreign national in connection with a U.S. election.” no requirement of knowledge by or coordination with the campaign. what’s he thinking? https://t.co/hlSVvmqlTj

For his part, Giuliani spent much of Thursday firing off conspiratorial tweets and calling out the left for spreading a “9/11 conspiracy” about him.

The left has become mean, delusional and hateful. That’s why I tweeted out for half a day their 9/11 conspiracy insanity about me.

I knew when the Biden alleged bribe was told to me that the NYT and other Dem controlled media would cover it up. But I was half hoping I was wrong. I was hoping some remaining sense of duty to uncover real government corruption might prevail. The double standard is corrupt.

Lots of inquiries about Biden family scandal in China while Joe was VP. Is it believable that China made $1.5b payment to Hunter’s firm legitimately? Hunter never ran a fund and was a well known drug abuser. Joe says he didn’t know? Dem-FakeMedia ccorrupt coverup.