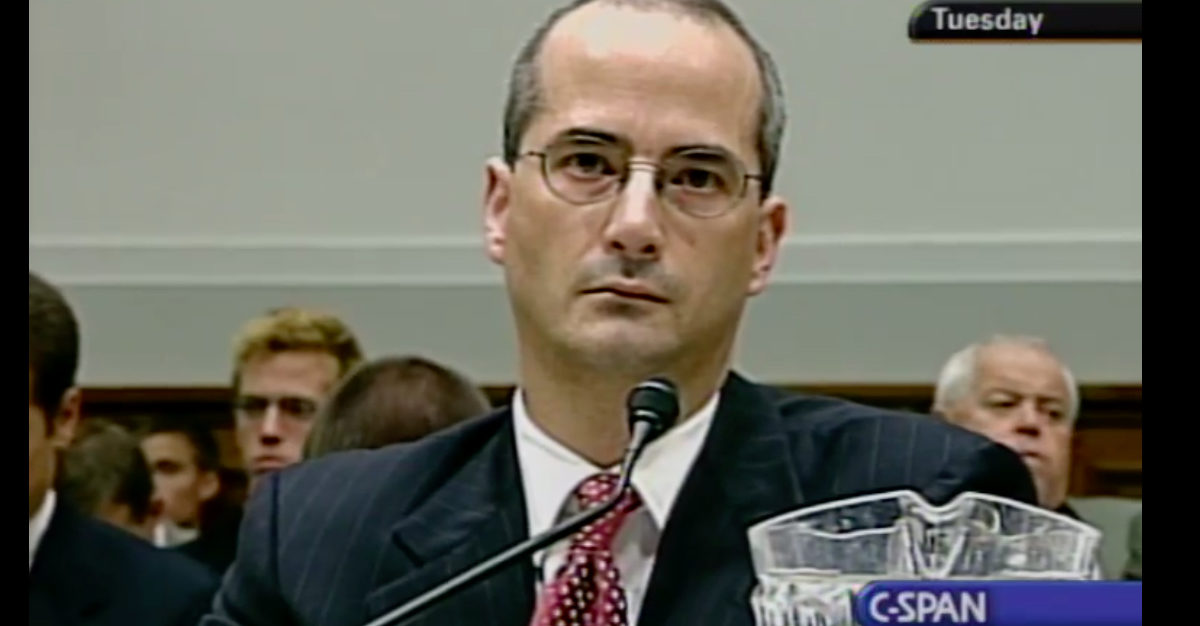 Eisenberg proposed moving a transcript of the call to a highly classified server and restricting access to it, according to two people familiar with Lt. Col. Alexander Vindman’s testimony who spoke on the condition of anonymity to describe private discussions

Three other witnesses summoned for scheduled depositions on Monday are also unlikely to appear.

The two witnesses who had been subpoenaed to testify at 9am – NSC lawyer John Eisenberg and Mulvaney deputy Rob Blair – did not arrive. The other two who were subpoenaed – Eisenberg deputy Michael Ellis and OMB official/former Energy chief McCormack – also expected no-shows at 2p

The president claimed earlier Monday that there was “no reason to call witnesses to analyze [his] words and meaning” regarding the phone call in question, while also demanding that the whistleblower who filed a complaint about the call must testify (but not through written answers).

What I said on the phone call with the Ukrainian President is “perfectly” stated. There is no reason to call witnesses to analyze my words and meaning. This is just another Democrat Hoax that I have had to live with from the day I got elected (and before!). Disgraceful!

The Washington Post previously reported that Eisenberg was the first official to propose moving the evidence of the call to the separate server after being told about the content of it.

According to that report, the NSC’s top Ukraine expert Lt. Col. Alexander Vindman testified that after hearing Trump pressure Zelensky to investigate a political opponent, he immediately reported the disturbing behavior to Eisenberg (the administration’s legal advisor on national security issues) and told him the president’s conduct was wrong.

Two people familiar with Vindman’s testimony reportedly told the Post that in response to the concerns Eisenberg “proposed a step that other officials have said is at odds with long-standing White House protocol: moving a transcript of the call to a highly classified server and restricting access to it.”

Eisenberg, who’s been with the administration since Trump’s inauguration, previously worked at Kirkland & Ellis, attorney general William Barr’s former law firm, and also served in George W. Bush’s Justice Department. The picture of him above dates back to a 2006 hearing on warrantless wiretapping. Eisenberg was then Deputy Assistant Attorney General at the DOJ’s Office of Legal Counsel (OLC).

“John is a brilliant and careful lawyer,” Engel said. “It’s no coincidence that he’s been at the White House through four national security advisers and three White House counsels.”

“New folks come in and they know that he’s a guy they want to keep on because they can rely on his judgment and his integrity,” he added. “John is a careful lawyer of high integrity, and based on my past work with him, I have every reason to think that he would deal with the situation appropriately as it arises.”

In the same story, an anonymous former administration official said,  “If there are any buried bodies, Eisenberg knows where they are.” Other unnamed former NSC colleagues called Eisenberg a “classic lawyer” and “extremely paranoid.”

It appears Eisenberg will wait for a judge to order him to testify.